When Sam Allardyce took over at Crystal Palace the club were 17th in the table and were worried that they would drop into the Championship.

Since appointing their new boss they've looked up the table rather than down it.

Palace had lost 22 games in 2016 prior to the arrival of Allardyce, and had lost eight of their last ten before the ex-England boss took over.

It took a while for the players to become familiar with his methods, however, and it was seven games before they were able to win a league match under their new gaffer.

But since then they’ve had their sights set on a top half finish, and became the only team this season to beat Arsenal, Liverpool and Chelsea — the latter two away from home.

Allardyce was wrested from his job as England manager following a newspaper sting in which, despite some ill-advised comments, he actually did very little wrong. The standout comment in the supposed damning evidence was that “any arrangement would have to be cleared by the FA.”

But these comments were rarely included in the reports of his meetings with the undercover journalists posing as “far east businessmen”, and you’ll struggle to find them in the transcripts even now. He was sacked after 67 days as England manager.

That episode has now been put behind him, and Palace are an example of what England could be experiencing under the meticulous, methodical manager who would have been ideal for international management, and especially at a perennial unprepared team such as England.

Allardyce teams are built around a strong defensive base which allows physical defenders to do what they do best and spoil the opposition party.

At Bolton Wanderers it was Bruno N’Gotty. At Blackburn Rovers it was the sturdy, streetwise duo Christopher Samba and Ryan Nelsen, and now at Palace he has Scott Dann whom he also managed during his time at Blackburn.

More recently he rescued Mamadou Sakho who’d fallen out with Liverpool manager Jürgen Klopp, and the French centre back become one of the best in the league in the Allardyce setup before being dealt a cruel injury blow against Tottenham Hotspur.

Palace are built on this solid back line, and though the full backs will get forward to great effect, providing crosses for a target man, their main thought is to be part of the back four.

Despite the solidity, his sides have always been littered with attacking flair, and have often contained some of the most exciting players on show in the Premier League.

From the unpredictable entertainment of Jay Jay Okocha at Bolton, to Tugay’s midfield masterclasses at Blackburn, and now Wilfried Zaha’s electric pace and skill down in attack for Palace, there’s always been some light at the end of the defensive tunnel. 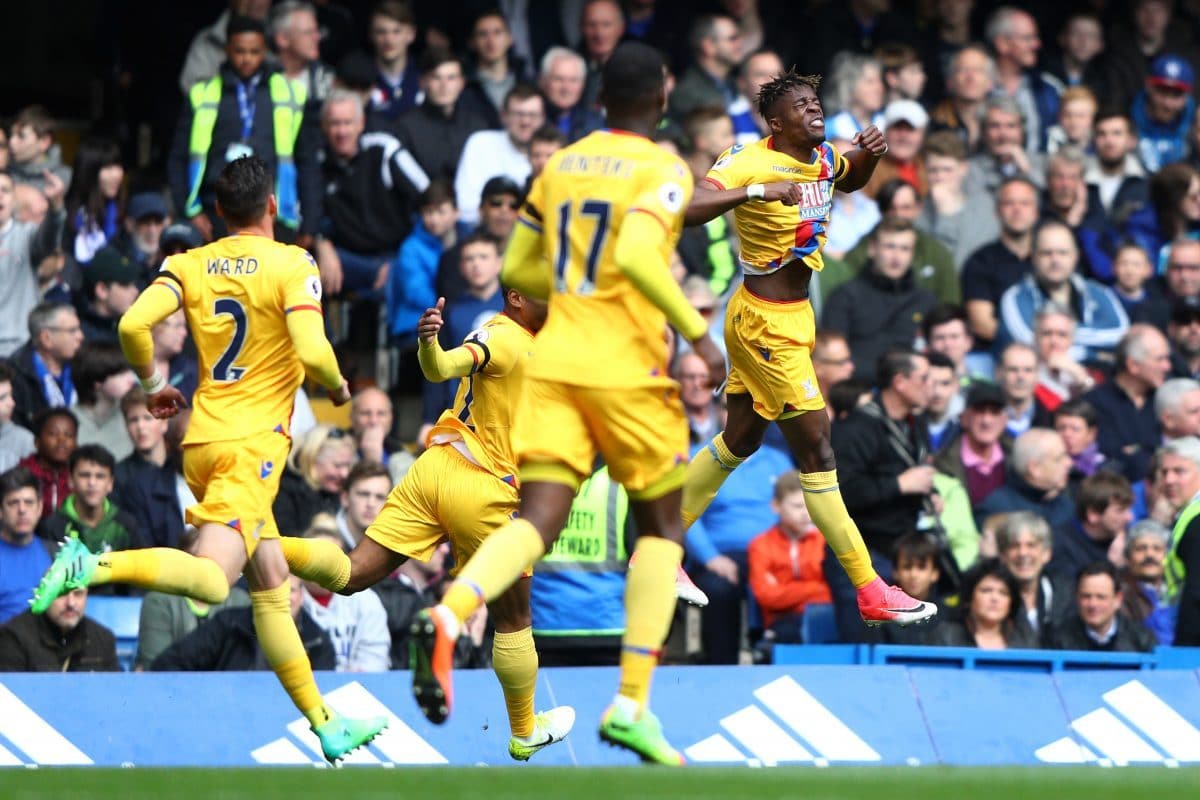 The Belgian has found the net 14 times this season, while Zaha has nine assists and six goals of his own.

Further back Yohan Cabaye provides the cultured passing which opens up the vital path from midfield to attack, while the ever-present Joel Ward offers width from either full back position.

Defensive discipline may have been enough to prevent relegation, but their attack has seen them rise to mid table safety.

The Unfair Perception of Allardician Football

Clubs like Antonio Conte‘s Chelsea and José Mourinho's Manchester United are merely Allardyce teams with bigger budgets. They can buy top quality, world class attacking players to go with their defence-first mentality, which leads to plaudits rather than jibes at their style.

Allardyce himself has never been given the opportunity to manage one of these top clubs, despite once commenting that if he managed Real Madrid he would win everything!

“I'm not suited to Bolton or Blackburn, I would be more suited to Inter or Real Madrid,” he said back in 2010. 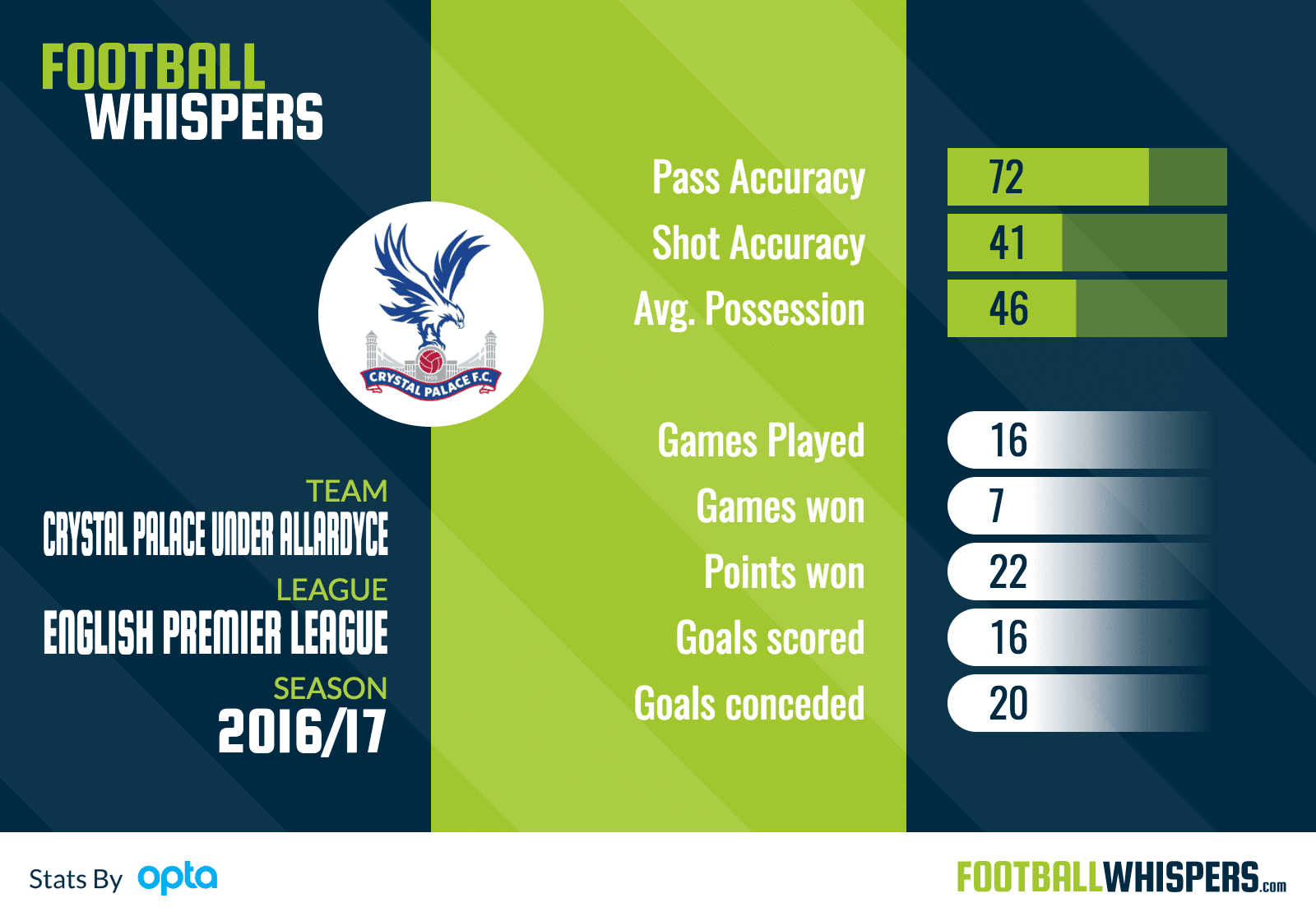 Palace and their fans will be grateful he’s with them, though, and they could secure Premier League safety with games to spare.

Big Sam has completed many rescue acts throughout his career, but now with a contract which will see him stay with the club at least until 2019, Eagles fans will be hoping he can guide them into the top half of the table when he gets a full season with the club next term.

Who knows, maybe European qualification could be on the cards, and Allardyce will come up against potential suitors Real Madrid and Inter Milan…