Top free betting tips and odds for Bielefeld vs Stuttgart

A single point and three places separated Arminia Bielefeld and Stuttgart at the bottom of the points table. Their Round 28 meeting will have a long term impact on the relegation battle, making it a crunch six-point affair.

It has been a difficult season for both Arminia Bielefeld and Stuttgart fans. Both sides are fighting for continuity in the Bundesliga. The reverse fixture finished in favour of Bielefeld, who made it three successive wins against their rivals. With the hosts losing four matches in succession, the Swabians should get their sweet revenge. They have the form on their side as well as they search for their third win in four matches.

Goals have the currency Biefeld and Stuttgart deal in for very different reasons. The hosts have conceded nine in their last five outings with just one reply. The Swabians' tally is one fewer but have scored nine in reply. Both sides have seen three of their last four fixtures conclude with Over 2.5 total goals and we expect a similar outcome for this meeting. Add to the fact that Masaya Okugawa and Omar Marmoush return with just club commitment on their minds, we should have a high scoring affair on our hands.

Bielefeld vs Stuttgart: Check out the best odds and the latest stats

Bielefeld vs Stuttgart: Check out the team lineups

They were supposed to go down last season but held on. The Blues are a tough bunch and still masters of their own destiny. Frank Kramer knows that it is not over yet and they can still manage a turnaround with seven matches remaining. They have a positive result against Stuttgart but have to make sure they repeat their heroics of the past.

Pellegrino Matarazzo has similar designs on his mind as his next adversaries. Both sides are in a heated relegation battle but they will fancy their chances given their recent good form. However, with three successive defeats against the same rivals, giving in to optimism can be folly.

Questions About Bielefeld vs Stuttgart 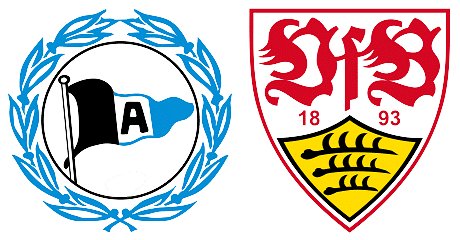 Where is the game being televised? Eleven Sports (Por) and Sky Bundesliga.