Arminia Bielefeld's second year in the German top-flight continues as their first, with stop-gap performances and hiccups. Their next rivals, TSG 1899 Hoffenheim are in a similar form and their coming together should provide an interesting matchup.

Arminia Bielefeld enters this fixture in search of their first win of the season. The Blues have registered three draws and one defeat this season, and we see the increase in tally for their former statistics. With Hoffenheim on a two-match losing run, and their last two duels ending in stalemates, a three-point result in favour of either side looks unlikely.

Arminia Bielefeld has only scored thrice in four matches, while Hoffenheim's tally is greater at eight. The last three fixtures between Arminia and Hoffenheim have finished with total goals reading an Under 2.5 scoreline. As they meet at the Schüco Arena on September 18, we expect a similar return.

We do not expect a high scoring affair as Hoffenheim will be conserving their attacking instincts in favour of defensive solidity. Barring their last meeting where both teams finished with one goal apiece, all three of their previous meetings had seen a clean sheet. Hoffenheim claimed two of these with one nil-nil result to go with these.

Bielefeld vs Hoffenheim: Check out the best odds and the latest stats

Match Preview of Bielefeld vs Hoffenheim

After securing Bundesliga survival last time around, the stakes have increased for Arminia Bielefeld. Their scoring prowess continues to haunt them and they need to address this situation before it gets any worse. The hosts have scored in each of their last three meetings but their one goal average in this period has only allowed them two draws.

While Bielefeld has struggled to score goals, Hoffenheim's woes stem from their performances at the other end of the pitch. They have scored eight goals this season, stating a proficiency otherwise lacking in them. However, with seven goals conceded, it has rendered those goals useless in search of a better standing on the points table.

Questions About Bielefeld vs Hoffenheim 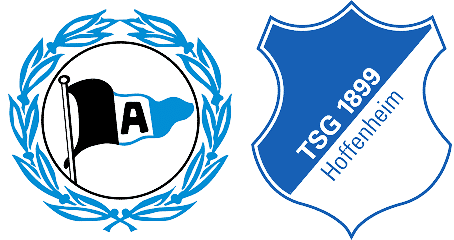 Where is the game being played? Schüco Arena.