Freiburg makes the trip to Schuco Arena for their Bundesliga opening round fixture against Arminia Bielefeld. Both sides eased past their DFB Pokal rivals in differing styles and it remains to seem which tactics triumph in the league meeting.

Buoyed by their continuation in the German top-flight football, Arminia Bielefeld would look to continue their impressive form of seven matches without a defeat in opening round outings. They have claimed bragging rights over Freiburg in four of the last five matches at the Schuco Arena. The Blues enter on the back of an impressive 3-6 win in the Pokal and should claim the three points on offer.

Three of the last four duels between Bielefeld and Freiburg at the Schuco Arena have seen more than three goals. While the visitors could only score one goal in their cup outing, Bielefeld showed their attacking prowess by sending six past the hapless Bayreuth. The Blues are unlikley to repeat these scoring heroics against Freiburg but should provide plenty of entertainment.

Freiburg did not allow Würzburger Kickers to breathe and only allowed one shot on target. They now have a tough task on their hands as the take on the challenge of Bielefeld, who created 26 chances against Bayreuth and got six goals against their names. With both Bielefeld and Feirburg troubling the scorers with ease, we expect the trend to continue in their coming together in the Bundesliga.

Bielefeld vs Freiburg: Check out the best odds and the latest stats

Match Preview of Bielefeld vs Freiburg

Freiburg to give Bielefeld reality check

In their three meetings at the Schuco Arena, Arminia Bielefeld have stifled SC Feriburg. The hosts have won twice but were on the receiving end of a 1-4 drubbing in the other fixture. With Bielefeld claiming a 3-6 victory in their most recent competitive outing, they will surely look to pad their stats against the visiting Breisgau Brazilians.

However, Christian Streich would want Freiburg to give a good account of their abilities. They showed they are the better team with a 10th placed finish. With an equal 52 goals scored and conceded last term, they will feel confident in their abilities. Coupled with the fact that both teams have scored in Bielefeld’s last five Bundesliga season openers, and we should have an interesting affair on our hands.

Questions About Bielefeld vs Freiburg 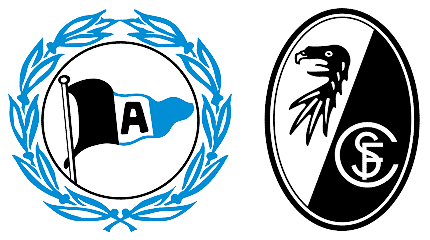 Where is the game being played? Schuco Arena (Bielefeld).

Which team is the favourite to win? Bielefeld vs Freiburg.