Top free betting tips and odds for Cologne vs Bielefeld

Struggling in the relegation battle, Ariminia Bielefeld makes the visit to Cologne for their next Bundesliga game. The Blues follow the winless streak of the league while the Billy Goats enter the field after consecutive victories.

Cologne has managed three victories in the last four attempts of various competitions and secured three wins as well in the previous five home league attempts. However, Arminia Bielefeld stands far away from this and has suffered six defeats out of the last seven games, drawing the remaining one. The Blues also lost three times in a row in the recent visits to the Billy Goats and are winless from the last five. For these reasons, Cologne will be our favourite to continue their domination and take the lead.

Cologne scored three goals in each of the previous two games and gave a total of eight goals in the last five league outings. However, the attacking line of Arminia Bielefeld has been the worst in the recent game, scoring only one goal in the last five attempts. Two of the recent three H2Hs of these teams also ended below 2.5 goals. So a low-scoring outcome will be our next pick for this game.

Cologne vs Bielefeld: Check out the best odds and the latest stats

Cologne vs Bielefeld: Check out the team lineups

The Billy Goats returned to their away winning way in the last game against Monchengladbach with a 1-3 victory, scoring all three in the first half. Cologne has lost only eight of the 30 league outings and will be eager to enter the UEFA competition, standing at the seventh position. Sebastian Andersson is the only player to miss out on the game due to coronavirus.

The Blues extended their home winless streak to three games and lost the previous game against Bayern Munich. Arminia Bielefeld has secured only five wins in the league so far and currently stands at the second-last position in the points table. The club gaffer Frank Kramer will report three players on the injury list ahead of this game.

Questions About Cologne vs Bielefeld 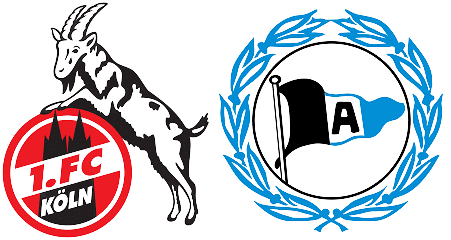 Where is the game being televised? Sky Bundesliga, Viaplay (Pol).

Where is the game being played? RheinEnergieStadion (Cologne).