Top free betting tips and odds for Bielefeld vs Augsburg

Round 25 of Bundesliga action begins with the relegation six-point affair between Arminia Bielefeld and FC Augsburg. Both sides are desperate for points, making this an enticing affair for the three teams above and three below them.

Augsburg are winless in their last three Bundesliga outings. They look bereft of ideas to stop their downward slide. On the contrary, Bielefeld has shown resolve in recent weeks with two wins and a draw from their last five outings. It was all squad in the reverse fixture, but with relegation axe on their heads, we expect a Blues win at the Schüco Arena.

Goals have been a regular occurrence in matches involving Bielefeld and Augsburg. This cannot be attributed to their attacking prowess but their deficiencies at the back. The hosts have conceded 32 goals this season while the visiting Fugerstadters have allowed nine more. We expect this trend to continue as was witnessed in their last meeting where both teams got on the scoreboard.

Bielefeld vs Augsburg: Check out the best odds and the latest stats

Bielefeld vs Augsburg: Check out the team lineups

Frank Kramer expertly avoided relegation last season and will be hoping to do the same this time around. His charges are in the same conditions as last year and are rallying to his call again. They have moved out of the relegation slots since the turn of the year and can add safety to their concerns with a win in this six-point affair.

While Bielefeld had to sweat it out last season, Augsburg commanded a comfortable midtable position. The same cannot be said about them this season as they hover just outside the relegation slots owing to their better goal difference records. They have been poor on the road and need to give a better account of their abilities if they are to improve their Bundesliga ranking.

Questions About Bielefeld vs Augsburg 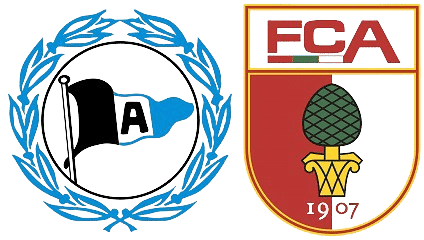 Where is the game being televised? Arena 4, DAZN Deutsch , Diema Sport 3, Tivibu Spor, and Viaplay.