WAFA are sat second bottom right now and three points would be most welcomed. Can they grab them here? Find out with our Bibiani Gold Stars vs WAFA match preview with free tips, predictions and odds mentioned along the way.

WAFA to suffer another defeat

WAFA have managed just six wins in 31 league games so far, and all of those wins came at home; they've mostly struggled away from home, with no wins in 15 road games. WAFA will be going up against a Bibiani Gold Stars side that has over twice as many wins as they have this season; in fact, Bibiani Gold Stars have been the best home team in the Premier League, having won 13 of their 15 home games. Furthermore, Bibiani Gold Stars won all of their last nine home games; for these reasons, we're picking them to take all the points here.

This pick is mostly based on the way these teams concede, rather than how they score. Both teams have not been able to keep the goals out lately; as WAFA have seen their defence breached in all of their last eight games, while Bibiani Gold Stars kept just one clean sheet in their last five games. Conversely, both teams have scored their fair share of goals recently; as they've both averaged a goal per game in their last seven respective games. Considering both teams scored in three of WAFA's last four games, we believe that both teams will find the net.

WAFA are in desperate need of a win

Bibiani Gold Stars aren't exactly cruising this season but things are going much more smoothly for them than their visitors. WAFA are in real danger of finishing rock bottom of the league. If they want to avoid that, they need to start picking up wins.

WAFA have struggled to win games the past couple of months; they are without a win in their last six games, and have managed just one win in their last 11 games. WAFA are 17th on the 18 team table, six points from safety, with just three games left to play; they'll need all the wins they can get, starting with this one.

A quickfire FAQ on Bibiani Gold Stars vs WAFA 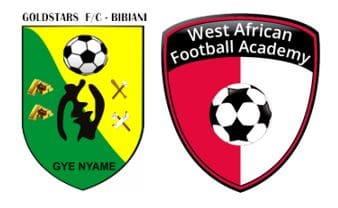