There were no surprises at Sunday night’s PFA Player of the Year awards ceremony.

The only real argument surrounding Alli was whether, like Lukaku, he should have been shortlisted for both awards.

The 21-year-old, who has scored 16 goals and provided five assists in his 31 Premier League appearances this term, joined Ryan Giggs, Robbie Fowler and Wayne Rooney in receiving the junior honour in back-to-back years; Alli will probably outgrow the Young Player award next campaign, but theoretically he could still win the prize in 2018, 2019 and 2020.

Signed from Milton Keynes Dons for just £5million in January 2015, the midfielder’s value has risen exponentially ever since he made his debut for Tottenham Hotspur towards the start of last season.

Interest from across the continent

Dele Alli is likely to be a transfer target for Real Madrid and a number of other big European clubs this summer and beyond, but the best thing for the youngster’s development would be to stay put and continue improving at White Hart Lane.

Alli’s first outings for Mauricio Pochettino came in the centre of midfield alongside Eric Dier, with Mousa Dembélé pushed forward into a No.10 role.

As time went on, though, the Tottenham boss realised that swapping the pair would be beneficial to his side, so Alli was redeployed in a position behind lone centre-forward Kane.

That pursuit of glory ultimately ended in disappointment, with a late downturn in results allowing rivals Arsenal to sneak ahead of them and into second spot in the standings, but a comfortable top-four finish was still a fine achievement for a team who had ended the previous season in fifth. 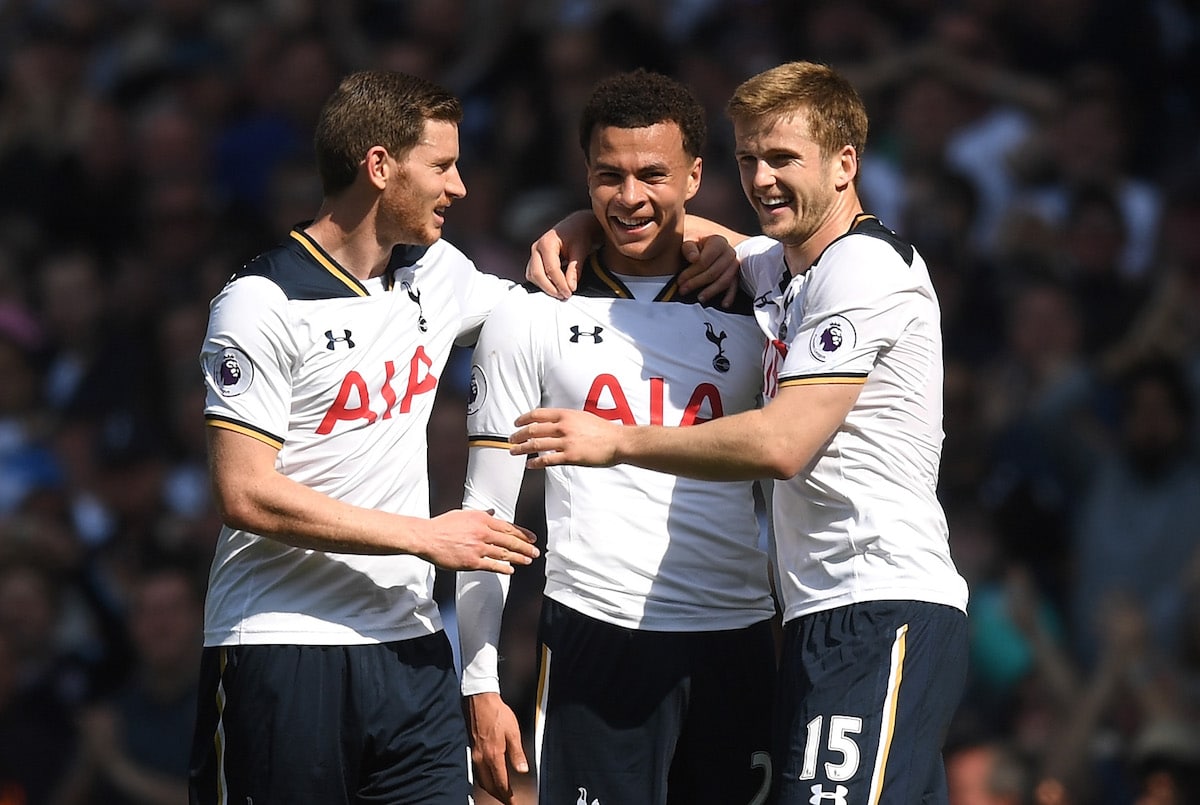 READ MORE: How much is Dele Alli really worth to Spurs?

In many ways, Alli has become more of a second striker than a midfielder in 2016/17.

Pochettino initially stuck with the formula which won Tottenham plaudits and admirers last time out, but there has been greater flexibility in terms of the team’s setup this year.

The ex-Espanyol and Southampton head coach has at times opted for a 3-4-2-1 configuration, which allows Alli and Christian Eriksen to take up dangerous positions in the half-spaces; even when Spurs have employed a 4-2-3-1, the England international has often been given the license to push even further forward in support of Kane, a development which has boosted his already-impressive goal tally.

Only Lukaku, Kane, Sanchez, Ibrahimovic, Diego Costa and Sergio Agüero have found the back of the net more often than Alli this term.

His average of a goal every 158 minutes is extremely impressive, with his 16 goals coming from a total of 59 shots.

Player comparisons of this kind should be taken with a pinch of salt given the undeniable fact that footballers progress at different rates, but it is notable that Alli scored his 20th Premier League goal in his 52nd appearance in the competition – compared to 74 for Paul Scholes, 141 for Frank Lampard and 169 for Steven Gerrard.

Tottenham is perfect for young talent

The Tottenham man’s triumph at the PFA awards means the north London outfit have now provided five of the last six Young Player of the Years.

Hazard was victorious in 2011/12, but Kyle Walker, Gareth Bale, Kane and now Alli have all got their hands on the trophy since the turn of the decade.

Honoured to be awarded the PFA young player of the year, couldn't of done it without my team mates. Not stopping here, onwards and upwards ? pic.twitter.com/mq0ZDfLdF8

Such a record is evidence that Spurs are willing to give youngsters a chance in their first team, with Pochettino having dramatically lowered the side’s average age since taking charge three years ago.

Tottenham are unlikely to win the Premier League this season and, after their elimination from the FA Cup at the hands of Chelsea on Saturday, look set to end the campaign empty handed, but they are clearly moving in the right direction under Pochettino and will almost certainly challenge at the top again next term.

The chance to win a major trophy at a club who have not finished on top of the pile in the first division since the 1960s must be appealing to any player, and it is part of the reason why Alli would be wise to ignore all transfer speculation linking him with a move elsewhere and commit his medium-term future to Spurs.

“He plays the game with a certain arrogance, and it's good to have that arrogance, because a lot of top players have that. He is a joy to watch,” David Beckham, who was named PFA Young Player of the Year in 1997, said at Sunday’s event in London.

“He is a player that hopefully, if he works hard like he has been working hard, and continues to play for the manager that he has played for – because I think he is a special manager, and he is looking after him in the right way – he is a special player.

“I hope he continues to get better week after week, because as an England fan, we want to see these players perform the way he is performing.”

Alli has had another terrific season and has now established himself as one of the brightest prospects in European football.

The sky is the limit for someone with such an abundance of talent, but White Hart Lane is still the best place for him to be right now.