If club executives are still attempting to get transfer deals done on January 31, chances are those on the other side of the negotiating table will ask for everything but the clothes on their back.

Deadline day, for many under-pressure managers, is like booking a one-night stay at the last-chance saloon, but some have defied the odds over the years and found a bargain.

So to celebrate deadline day, we bring you a team of the best-ever deals that have been wrapped up in the 24 hours before the January transfer window slammed shut.

Few clubs can afford to part with their goalkeeper on deadline day, but Stoke City wrapped up two sterling deals for Begovic and Jack Butland in 2010 and 2013 respectively.

Begovic just gets the nod here, however, with Butland yet to get back to his best after spending almost a year on the sidelines because of an ankle injury suffered while on international duty in 2016.

In 2010 Begovic was David James’ understudy at Portsmouth, but then-Stoke boss Tony Pulis proclaimed him as ‘potentially one of the best keepers in the country’.

He spent five years with the Potters as their No.1 before a two-season spell with Chelsea were he played back-up to Thibaut Courtois. Now at Bournemouth, Begovic is once again a confident presence in the Cherries goal.

This season has seen Stones begin to justify the £47.5million fee Manchester City spent on him in the summer of 2016, but it was at Everton where he truly grew into a top class defender.

Centre-backs who are just as comfortable with the ball at their feet as when it is in the air are rare, and Stones flourished with the Toffees despite a tricky final season at Goodison.

City ended up paying £500k for every appearance he made for Everton, 95, but Guardiola bought potential while Everton made an eye-watering profit. And prior to a hamstring injury suffered in November, Stones was arguably the Premier League's stand-out centre-back.

A transfer that, at the time, would have passed everyone by outside the Midlands, Leicester City can trace their rise to the Premier League title back to this seminal deal.

It was a solid signing for a team who looked destined for relegation, but hardly seemed a transformative one after injury and illness had seen Huth's Stoke career fizzle out.

His arrival not only sparked a run of seven victories out of nine, but the following season … well, you know the rest.

A figure of fun, the man sometimes known as Sideshow Bob only needs to point to his trophy cabinet to nip any jokes in the bud.

From minute to minute he can either look like a rip-off or the signing of the century – such is his ability to turn the game on its head for either side.

But the maverick centre-back will forever be a Champions League winner, and even made Chelsea a handsome profit in a £50million deal to PSG before the cult hero returned to Stamford Bridge last year and added another Premier League winner's medal to his collection.

The shadiest of deals brought Javier Mascherano – alongside Carlos Tevéz – to England but it was Liverpool, rather than West Ham, that were the beneficiaries.

The Reds rescued him from his London limbo, plonked him into the centre of midfield and he proceeded to nip at people’s heels for the next three seasons.

He left for Barcelona in the summer of 2010 and went on to become an excellent centre-back for the Catalan side, winning 14 major honours before leaving for China earlier this month.

Before David Bentley became famous for the fact he retired prematurely at the age of 29, he was an excellent footballer who convinced Tottenham to fork out £15million for him.

That move precipitated his decline, but his star had risen in the first place after he fled Arsenal’s reserves for Blackburn Rovers.

A poor man’s David Beckham – and that’s no slight – his cultured right foot racked up plenty of assists and stunning goals in his three years at Ewood Park that attested to a bright future. Sadly, it was not to be.

Mikel Arteta was on the periphery of Real Sociedad’s team before Everton made the punt that shaped much of their midfield for the next decade.

The Spaniard thrived on Merseyside and, if not for Steven Gerrard, could have laid claim to being the best central midfielder in the city.

Everton only needed to stump up £2million to make the move permanent after his impressive loan spell, and sold him on to Arsenal for five times that amount six seasons later. 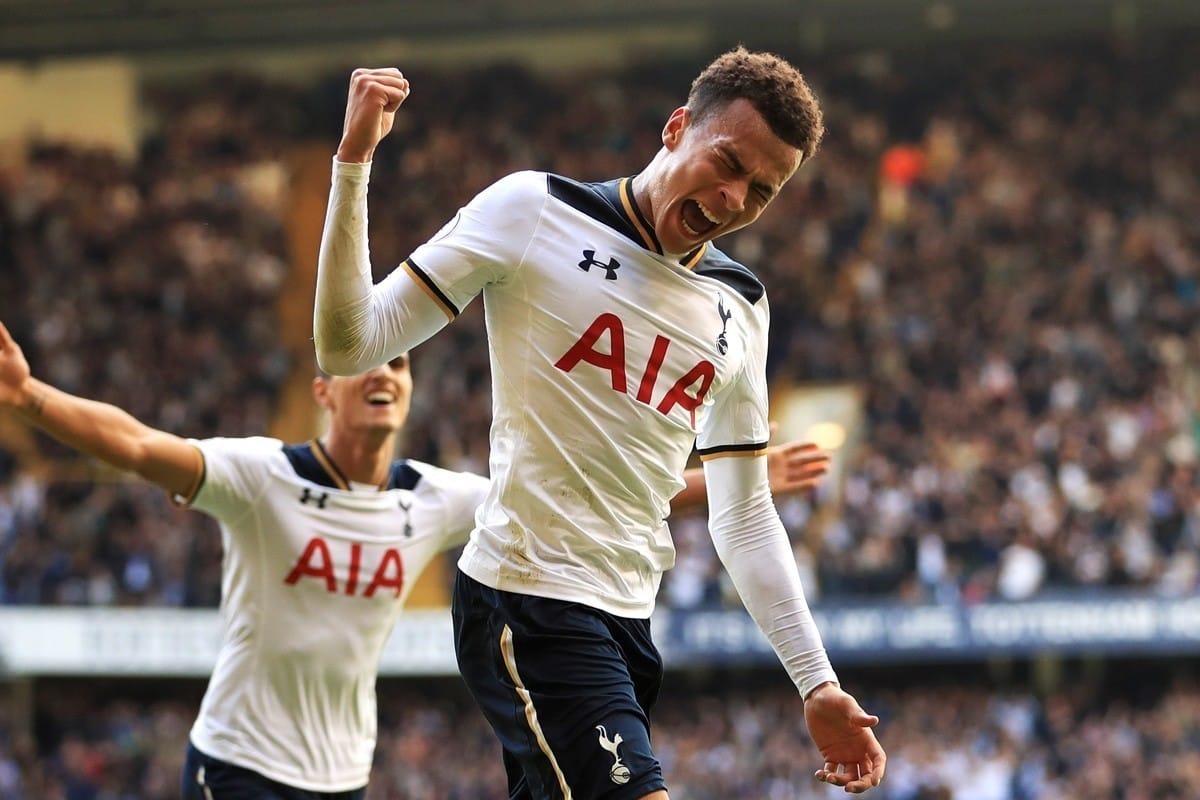 One of the Premier League's all-time bargain signings. It would not be remiss to call Alli the Wayne Rooney of his generation, yet whereas the Liverpudlian cost Manchester United £30m in 2004, MK Dons’ arm were twisted by a fraction of that. Well played, Mr Levy.

Alli starred in his first two seasons in the Premier League and while he hasn't been able to maintain his stellar level this season, his numbers remain impressive .

Now an England international, he has chipped in with eleven assists and nine goals in 30 games. He is only likely to get better, too.

Unlike Alli, Zaha is an example of a player who made their big move to the top far too soon.

Even now Zaha's game lacks a little polish, but Crystal Palace clinched a bargain when they lured him back to Selhurst Park for half the fee they initially sold him for to Manchester United.

This season the now Ivory Coast international has been vital to dragging Palace out of the relegation zone and up the table. He has produced match-winning displays and is showing why Sir Alex Ferguson decided to make the winger his final signing at Old Trafford.

Bigger sides are once again circling, but Zaha's affection for Palace may mean they can hold onto him for longer than expected.

As it stands Suarez is the indisputable champion of the January transfer window — indeed 2011’s deadline day was a real mixed bag for Liverpool.

A lot of the attention was on the simultaneous Fernando Torres-Andy Carroll saga, but soon Suarez ensured all eyes were squarely fixed on him. For better or for worse.

Suarez was named the Premier League Player of the Year in 2013-14 before taking his place at Barcelona alongside the great Leo Messi and, until he left for PSG, Neymar. 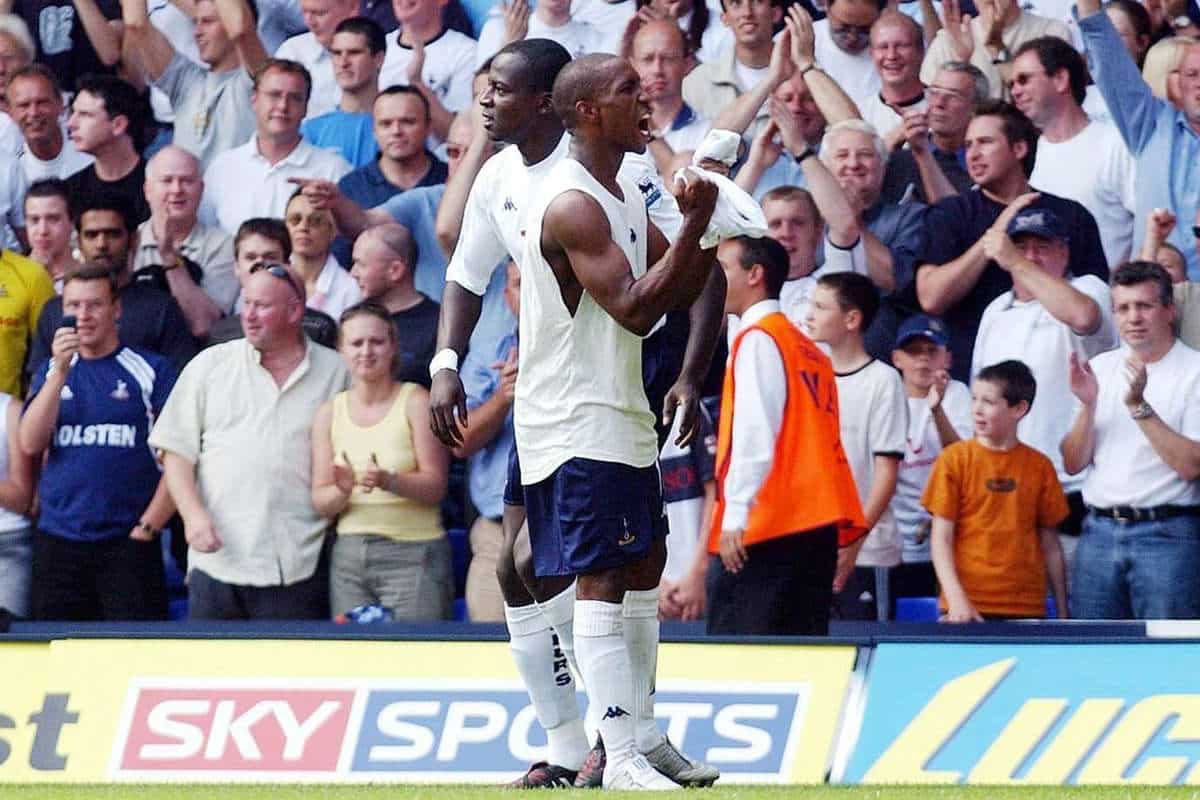 Defoe would perhaps not make this list on the basis of just one of these moves, but both of his deadline day transfers proved pretty handy for the buying clubs involved.

Defoe never quite scaled the heights with Tottenham but had many stand-out moments before being frozen out and shipped to Portsmouth.

There he scored eight goals from 12 games, having signed for £6million, and Tottenham admitted they were wrong to let him go by buying him back for nearly three times that amount a year later.