It would be fair to say that Africa has seen some rather special players emerge from all corners of the continent, and we figured it was about time to highlight the greatest of all time. We’ve looked at the facts and figures surrounding players that have played on an international scale from all African nations, and we’ve put together a list of the following players. Some are currently active too, so their individual records and statistics will no doubt improve on how things stand right now! But without further ado, let’s jump right in with one of the current superstars of African football.

Without a shadow of a doubt, Mo Salah is one of the best strikers we have ever seen from Africa. Of course, he hails from Egypt and has represented his country at the World Cup, African Cup of Nations, and he also has quite a solid club career at Liverpool. Being a currently active player, Salah is widely regarded as one of the very best in the world, with incredible dribbling and striking abilities. As things stand, he has scored 45 goals for Egypt and 95 for Liverpool – not bad, right? 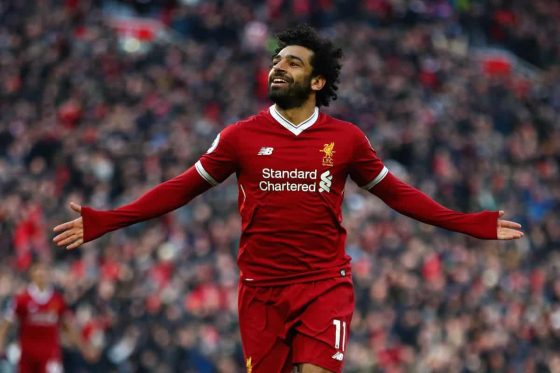 If you are looking for speed down the wings, there are few that do it better than Riyad Mahrez. At the club level, Mahrez truly made his presence known when he helped Leicester City to win the Premier League during the 15/16 season, putting him on the radar of major clubs all around the world. Then in 2018, Mahrez joined the Manchester City squad, and he earned a triple-trophy season in his very first at the club! But moving away from club level to international play, Mahrez has represented Algeria at the 2014 World Cup, and he has won the African Cup of Nations with them in 2019. Without question, he is one of the best African XI players, and he is still going strong!

Ask anyone about the best of the old boys, and Okocha would likely be the first response on this topic. Although he always played in a midfield role, his attacking style and incredible ability to pick out the right pass often paved the way for Okocha to move forward and push for goals – as reflected in the number of assists/goals he managed to rack up throughout his career. Being from Nigeria, Okocha is well-known as the best Nigerian player of all time, and since he is also a 1994 African Cup of Nations winner – he is truly cemented as one of the greatest on the entire continent. And although more talented Nigerian players have been coming through in recent years, we have yet to see another quite like Okocha!

When thinking of strikers from Africa, it would take a brave punter to bet against Drogba being at the very top of the list. If you were in any doubt of his listing here, Droga has been named as African player of the year twice in his career – in 2006 and 2009. Playing for the Ivory Coast, Droga enjoyed more than 100 caps and netted 65 goals during his international playing days, which makes him the top goalscorer of all-time from this nation.

During his glory days, Samuel Eto’o was viewed as one of the very best strikers in the world, largely thanks to his skill and an incredible eye for goal. This talent led him to the Real Madrid squad at just 16 years of age, but he also enjoyed spells at Barcelona, Chelsea, and Inter Milan during his career too. This domestic career has seen Eto’o win the Champions League on three separate occasions, which is incredible in itself. But then when you look at his international accolades, things start to get ridiculous. He is the most capped player for Cameroon of all time, the leading all-time scorer, he’s won the African Cup of Nations twice, and he’s even got an Olympic gold medal sitting in his trophy cabinet too.

Is there anything this man hasn’t done? When he ultimately retired from international football in 2014, we knew we had lost a superstar, and to this day, Cameroon has not found a replacement that even comes close to Samuel Eto’o!

If we had to pick any player to stand between the posts in our African XI lineup, we would definitely go for El-Hadary. Amazingly, this man never made the transition into top-flight football on the domestic level, and he played his entire career in Africa. And during his days playing for Egypt, he managed to win the African Cup of Nations an incredible four times, which tells you all you need to know about his team contributions. This career saw him put on an Egyptian international shirt 159 times before he ultimately retired from international football in 2018 – at the ripe old age of 45, we might add!

Fun fact for you, El-Hadary is the oldest player to ever compete in a World Cup match, when he represented Egypt in the 2018 World Cup at 45 years and 161 days old. 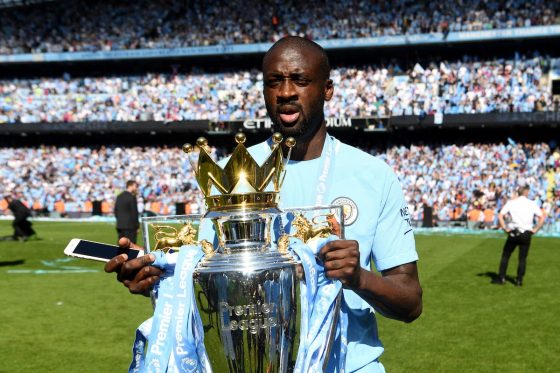 It’s difficult to come up with any other word to describe Yaya Toure other than legend! Being a four-time winner of the African Player of the Year award, Toure’s resume almost speaks for itself. Being an aggressive midfielder, Toure was known as being a formidable player and threat to just about any team he came up against, especially during his time at Manchester City. But on an international scale, he played many games for Ivory Coast, earning 101 caps and scoring 19 goals. He also managed to win the African Cup of Nations with the Ivory Coast in 2015, putting the icing on the cake for a truly incredible career.

Koulibaly almost didn’t make this list, if you were to rewind back to the start of his career. Given his heritage, Koulibaly actually played for France until his early 20’s, before ultimately deciding that he would play for Senegal from 2015 onwards. And when you look back through the records and abilities of defenders from Africa, there aren’t many that play the role better than Koulibaly. He is a great central defender, being strong in the air and intelligent with how he deals with pressure on the goal. These are attributes that have seen him claim the role of Napoli’s main central defender, and he is now the captain of the Senegal international team. In recent times, Koulibaly represented Senegal at the 2018 World Cup, and again at the 2019 African Cup of Nations, and despite being 29 years of age, we feel that he is only just getting warmed up.

Here we have another centre back, this time in the form of Medhi Benatia, who has served as the captain of the Morrocan international squad during his days. Now, some might argue that Benatia hasn’t achieved the same accolades as some of the other guys on this list, but we believe he is one of the best in this role that Africa has ever seen. This is why he has played for prestigious teams such as Bayern Munich, Juventus, and Roma throughout his career, often being listed in the starting 11 at these mammoth clubs. And in terms of international play, the sole reason that Benatia doesn’t have such a long list of trophies is due to the lack of strength in other areas of the Morrocan team. Should Benatia have played for other African national teams, we feel he would have been able to show his talents more – much like he was able to do in the domestic football world.

To truly source the greats from the rest, consistency is arguably one of the most important factors to address. And it’s tough to be more consistent than Rigobert Song. This man played in an unreal eight African Cup of Nations events, and he represented Cameroon at four World Cup tournaments. On the international level, he actually managed to win the African Cup of Nations two times, putting his defensive skills to the test in both a central defender and a right-defender role. His skills and leadership qualities allowed him to be the captain of the Cameroon team for many of these important events, and although he is now retired, we definitely believe that Song deserves his spot in the African XI.

When selecting the best starting 11 on a historical basis, it’s always a tricky business. There are some great players that have narrowly missed out here, including guys like Kolo Toure and Sadio Mane, but since there are other guys that have been incredible in their relative positions, we’ve had to be pretty ruthless! But in conclusion, we believe that the guys listed would be the best line-up!