While the result of the Besiktas vs Ajax duel will not affect many things, it should still be an exciting match. With that in mind, we have prepared an in-depth preview of the game for you, along with some free betting tips.

Our latest Besiktas vs Ajax betting predictions and picks

If you are struggling to decide on the best bet for the Besiktas vs Ajax duel, check our top betting tips for this match:

Ajax to Win with Handicap (-1)

Although Ajax already secured the top spot in the group after winning all four of their matches so far, we expect them to keep the streak going against Besiktas, who they beat 2-0 in the first match. Besiktas lost all of their games in the group and they will try to get some points on the board at least, but Ajax is in such great form that our prediction has to be Ajax to win the game by two or more goals.

Sebastien Haller to Score at Any Time

The French striker who plays for the Ivory Coast national team has been fantastic this season for Ajax, scoring seven goals in eleven league matches and seven goals in four Champions League games! Since we expect Ajax to win this game and we expect to see some goals as well, it's also logical to expect Haller to find the net at least once.

The highest odds and useful stats for Besiktas vs Ajax

If you want to bet on the top Champions League odds, including the best odds for Besiktas vs Ajax, we can help you out:

Besiktas vs Ajax preview: Can Ajax stay perfect after this game?

The Turkish champions have failed to get any points from the first four matches in the Champions League, losing all of their games so far. So, the team is already eliminated from the next stage, although they still have a theoretical chance to finish third and claim a spot in Europa League, but that's highly improbable. Besiktas is also in poor form in their domestic league right now, with three straight losses that caused them to drop down to the 9th spot in the standings. Batshuayi, Josef, and Hasic are injured and will probably miss the game.

The team from Amsterdam known for their amazing ability to produce world-class players and still get results is having another great season. Ajax is currently tied with PSV Eindhoven for the first place in Eredivisie, but they have been fantastic in Champions League so far, winning all four of their games with a +12 goal difference. Alvarez, Stekelenburg, and Kudus are on the team's injury list at the moment.

The usual questions for Besiktas vs Ajax 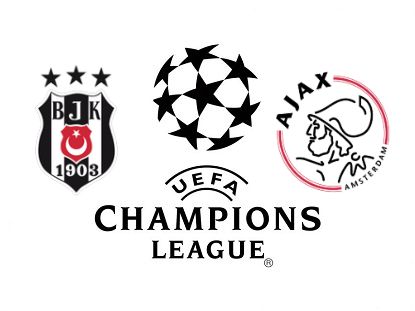