National 2 side, Bergerac, will square it out with Ligue 1 opponent, Saint-Etienne, in the Coupe de France knockout fixture on Sunday, 30th January 2022. We preview this important game right here at Football Whispers to give our readers the best picks and in-depth analysis. Read on for details.

The Best France Cup Tie Predictions for Bergerac vs Saint-Etienne

Facing a National 2 opponent in Coupe de France fixture shouldn’t pose any challenges to Ligue 1 side, St. Etienne. This is also the first encounter between the two teams. But the question, which side will progress to the France Cup quarterfinals? Our best picks and analysis for Bergerac vs Saint-Etienne are as follows:

This fixture should earn either side an entry into the France Cup quarterfinals. However, it will not be easy for either side.  The hosts have kept five clean sheets before this game and should bank on their defensive strength against a strong opponent in Saint-Etienne. However, Etienne’s poor scoring record is another factor to consider in this fixture, so we don’t expect many goals. A one-sided scoring match is our first pick for Bergerac vs Saint-Etienne.

We think Saint-Etienne should edge out Bergerac and progress to Coupe de France quarterfinals. The visitors have top quality to get them results in this game. The bookies are equally backing away victory with a price of 1.50 in this game.

The tables below show the bookmakers with the best odds for this Coupe de France knockout fixture as well as the latest stats for the two teams.

After a 7-match winless streak between December and 2019 and October 2021, National 2 side, Bergerac, is now undefeated in five games. Three of their last five matches were regular time victories while the other two came from penalty shootout. Moreover, Bergerac’s four of their last five matches were France Cup ties. They are yet to face a Ligue 1 side in this competition. However, the hosts should rely on their strong defence to keep misfiring Saint-Etienne from scoring in this game.

On the other hand, Saint-Etienne has been shaky recently. The Ligue 1 side kept only clean sheet in their last five games, a performance that could jeopardize their quest for a place in the quarters.

This will be the first encounter between these teams, so we expect some sort of a supremacy battle as the two teams battle for a place in the next round of the France Cup. Moreover, the visitors should worry about their inability to score goals, especially in this fixture against a National 2 team that plays defensively football. 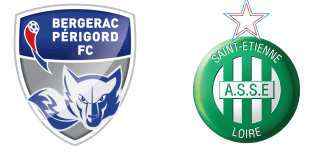 Who will referee this cup tie between Bergerac vs Saint-Etienne?

Florent Batta will be the referee in this game. His last cup tie assignement was in March 2021 in a fixture between Saint Louis Neuweg and CS Sedan.

Which team will the winner face in the quarters?

Bergerac or St. Etienne will face either Reims or Bastia in the quarterfinals.

Correct Score Tips: Get your exact result predictions for May 2022