Nearly every summer, almost like clockwork, Real Madrid’s Karim Benzema will be linked with a move to Arsenal.

In the past, it’s been due to his goal-scoring record in the Spanish league, plus the English media’s desire to see every big-name player rumoured to be joining the Premier League elite, but this season something has changed.

No longer is it due to the 29-year-old being at the top of his game, but more because he is no longer irreplaceable.

This is Benzema’s eighth season in the Spanish capital, but it looks like it could be one of his last.

With the likes of Antoine Griezmann and Kylian Mbappé rumoured transfer targets for Real Madrid, the club are obviously thinking to the future and one that doesn’t include their current number nine. 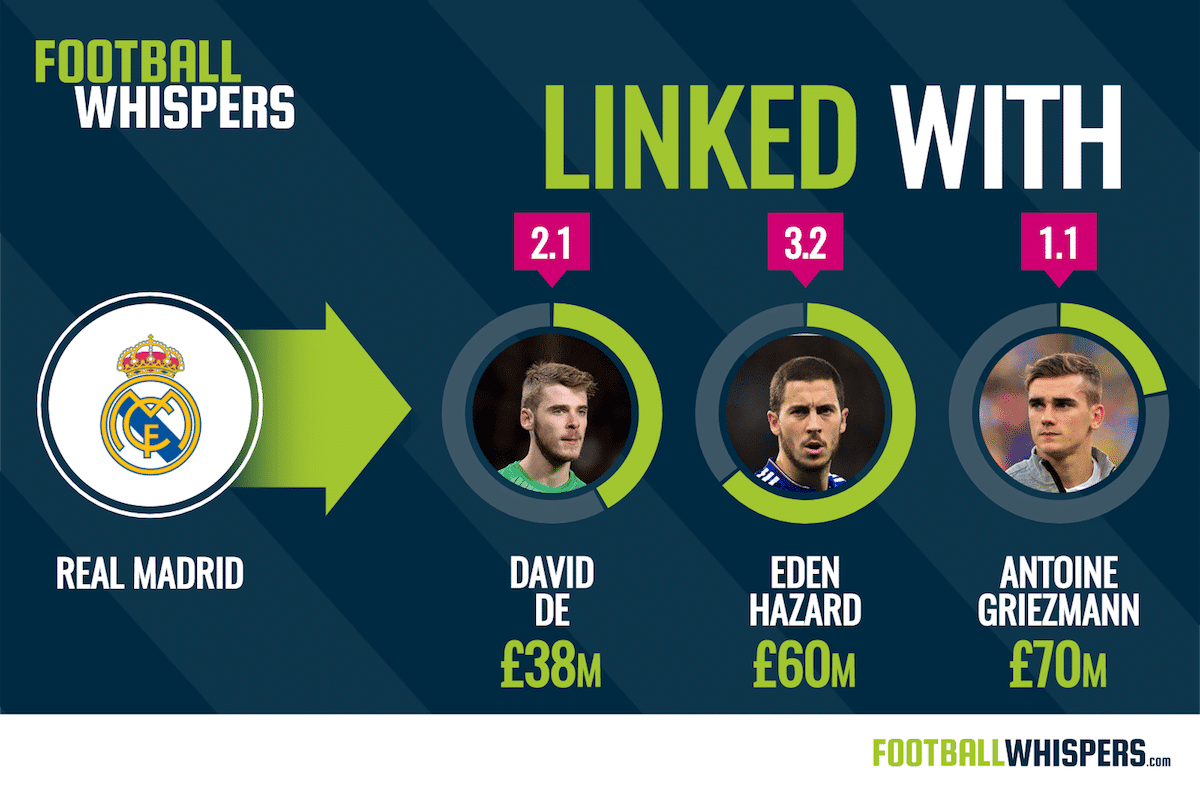 However, does this mean that Benzema has failed to truly live up to expectations, or does he deserve much more respect?

After moving from Lyon in 2009, there was a similar frenzy to his signing that we are seeing around Monaco’s Mbappé or the possible destinations for Lyon’s new hero, Alexandre Lacazette.

He was the hottest striker in Europe at the time and after 361 games for Los Blancos, he has scored 179 goals and provided 102 assists.

That means that every 1.2 games he finds a way to help Real Madrid score a goal.

This season, with just nine goals in 21 starts, it is beginning to look like his worst campaign since he arrived at the Bernabeu.

“We must also have patience with the forwards,” coach Zinedine Zidane admitted earlier in the year. “Karim and Cristiano have scored goals, maybe not in the last games, but I am not concerned.”

“We had chances to score more, but we got two and it is a fair result. We must continue working as we have been. [It] is a good result in general.”

The Portuguese star has 35 goals and 12 assists in all competitions, including two consecutive hat-tricks in the UEFA Champions League, so it’s safe to say his form has turned around.

Yet, for Benzema, it’s been a difficult season, especially in the league. In his last seven appearances, he’s failed to contribute to a goal, failing way behind the average he has set himself over the best part of a decade.

It’s not for the lack of trying though, the Real forward has had five shots on target in his last three starts.

Goalless Not For The Lack Of Trying 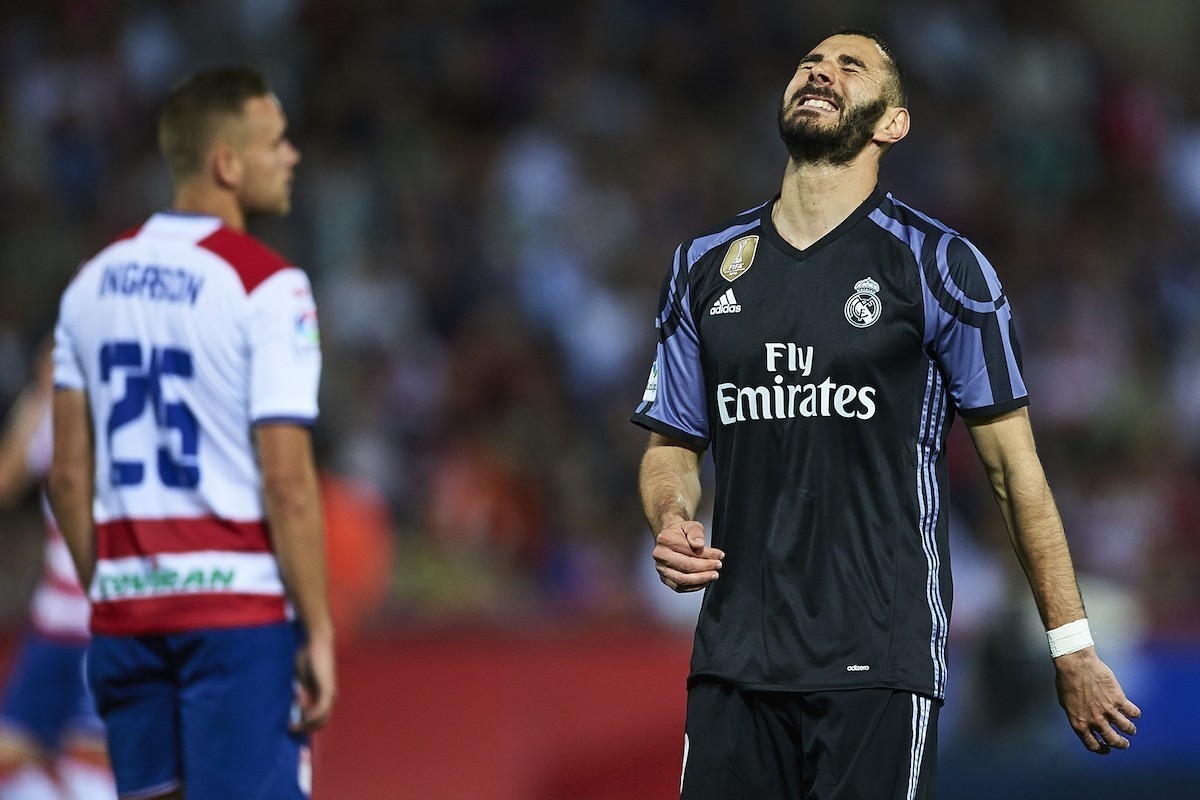 Against Granada, he had two good solo runs to create opportunities. One was blocked, the other saved well to the goalkeeper’s right.

Six minutes in against Atletico in the 3-0 Champions League semi-final victory, a chance came his way and while it looked easier to score than to miss, it was a prime example of luck not being on his side. All the Frenchman could do was smile.

An overhead kick, created by Ronaldo, could have sparked him into life, but it flew just over the bar.

It’s that relationship between the forward and the Portuguese striker that has reaped so much success for the Spanish club and it works both ways.

Benzema will win the ball with his back to goal and know how and where to find the former Manchester United hero.

It’s the same with Ronaldo, although deemed selfish and narrow-minded, he’ll still find a way to get the ball to Benzema, trusting he is in a positive position.

Yet, this season, it’s players like Isco, James Rodriguez, and Alvaro Morata that have provided more of a cutting edge in the final third. 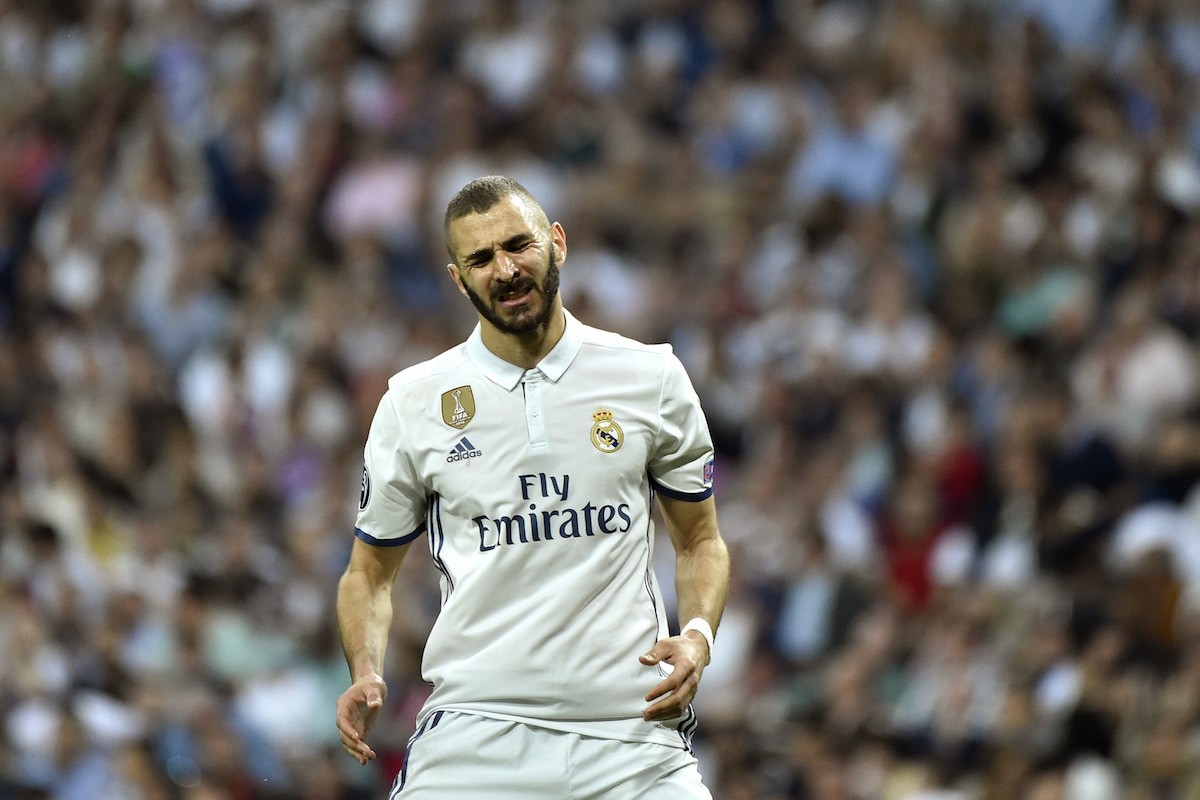 Last season, in 26 starts, Benzema scored 24 league goals, his best domestic return for the club. For any other club this would be massively celebrated, but playing in the shadows of Ronaldo, it’s made tougher.

Not since his debut campaign, when he finished with eight strikes in 14 starts has he struggled as much as this term.

Looking at his statistics, over the past four seasons, you can see a drop, although small, the numbers give an insight into what has happened. 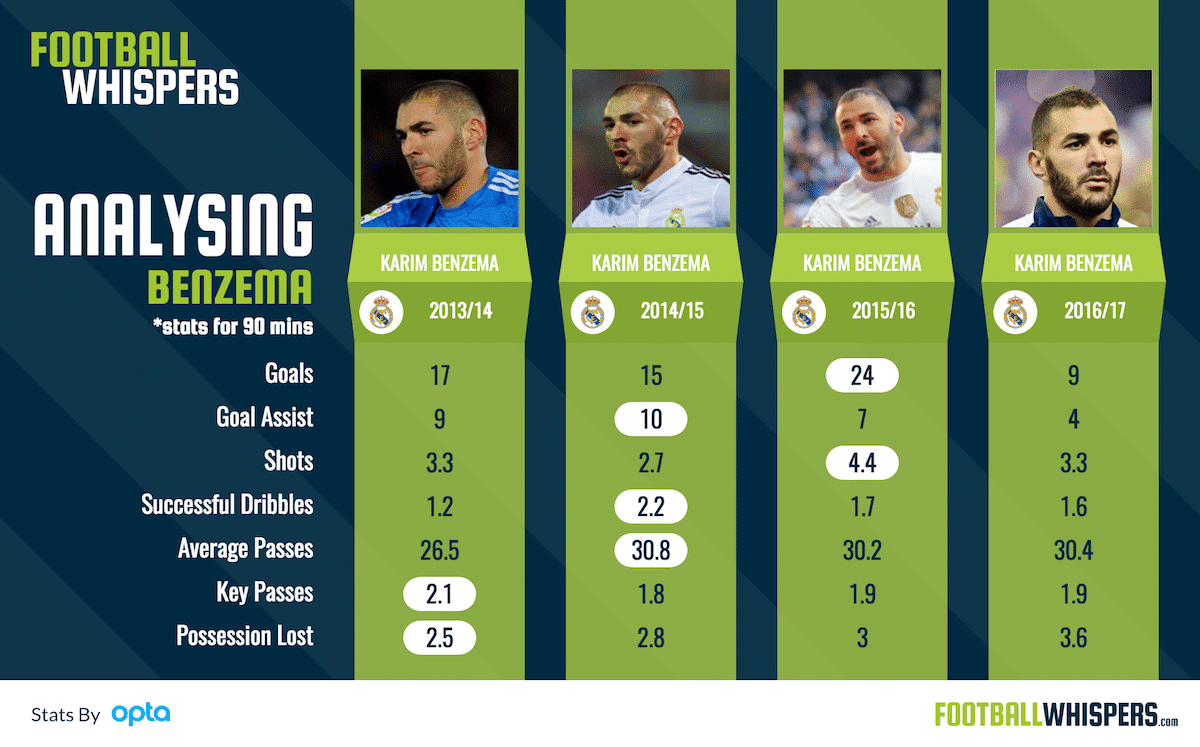 Alvaro Morata will leave Real Madrid this summer if the club do not sell France striker Karim Benzema.

On the 19th of December, Benzema turns 30 years old and is no longer the prize catch he used to be. His current contract runs until 2019 and at that point he’ll be 32 and there won’t be many clubs looking to sign him up on a lucrative deal.

Regardless of whether he’s finished at Madrid or not, this could be the best chance both parties have of benefitting from the years he has left.

His 179 goals places him in eighth on their all-time goal-scorers chart. Another four would take him above Francisco Gento and surely cement a place as one of Real’s greatest ever strikers.

Only three players have scored more European goals for the club and when one of them in Ronaldo and you have played in his shadow, his achievements deserve recognition.

Benzema has definitely delivered for Real since moving from Lyon in 2009, but now, as he gets older and the Madrid club want to push on, you could understand Zidane and Los Blancos looking for alternatives.

But don’t let that get in the way of what he has brought to this team.