Finishing the 2016/17 campaign with 15 goals, Crystal Palace forward Christian Benteke fired himself up into tenth spot of the Premier League’s top goal-scorers.

Over the past five seasons, only four players have scored more than him in the league. Olivier Giroud is one of them, with 69 to the Belgian’s 66. With the Frenchman set to stay at Arsenal despite being an Everton transfer target and the Toffees needing a striker, Ronald Koeman could do a lot worse than replace Manchester United's new No.9 with the Palace striker.

Benteke an option for Everton

It may not be the sort of name that has the Goodison Park fans giddy with excitement, but when you want to replace league goals in England, there are not many better than the former Aston Villa man.

Forget that he played across the road at Anfield, it was a move he could never turn down. Stylistically, it was never going to work under Jürgen Klopp. However, under Sam Allardyce at Selhurst Park, the big striker was vital in their survival chances.

In their last ten games, the Belgian scored six times, picked up an assist and was WhoScored.com man of the match three times. Eleven of his 15 goals came on the road, with the frontman struggling for consistency and confidence at home.

Too often, Benteke is pigeon-holed as a limited striker, a targetman, someone to throw the ball to in the box. Yet, the seven-headed finishes he applied last season, was as many as he’d managed over the two previous campaigns combined.

Not a limited forward

Rather than play as a long striker, the Belgian is at his best when he can drift left, combine with the midfield and then run at unsuspecting defenders. Despite scoring a barrel-load of goals in England, it seems he is still underestimated as a mobile forward.

When the Eagles stunned Chelsea 2-1 at Stamford Bridge, it was Benteke’s run that cause havoc for the second goal.

Capitalising on Wilfried Zaha’s opener, which Benteke set up, the forward picks up the ball in his own half and has one thought: to run at the startled Blues back-line. 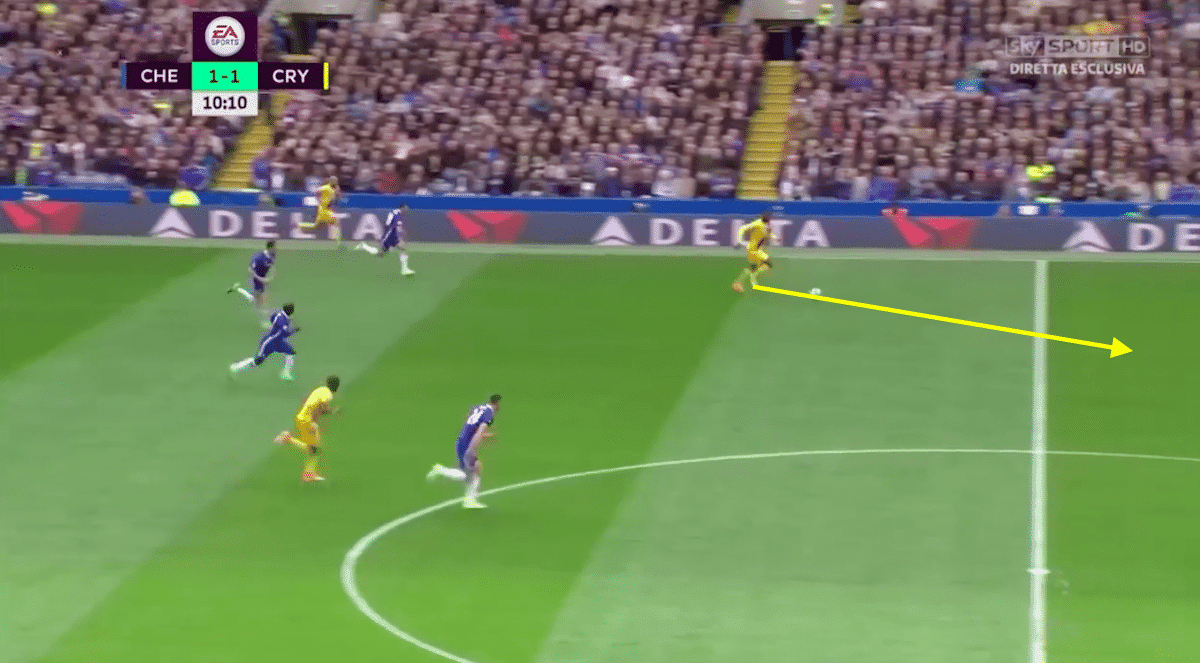 Most forwards – especially Giroud – would find the nearest man and continue his movement towards goal. Benteke gets the ball and pushes forward at pace.

Within four seconds he is in the final third and the Chelsea defence are not sure what to do. N’Golo Kanté is racing back from midfield, David Luiz is back-pedalling at pace and Gary Cahill, trying to both watch Zaha and Benteke, is caught doing neither. 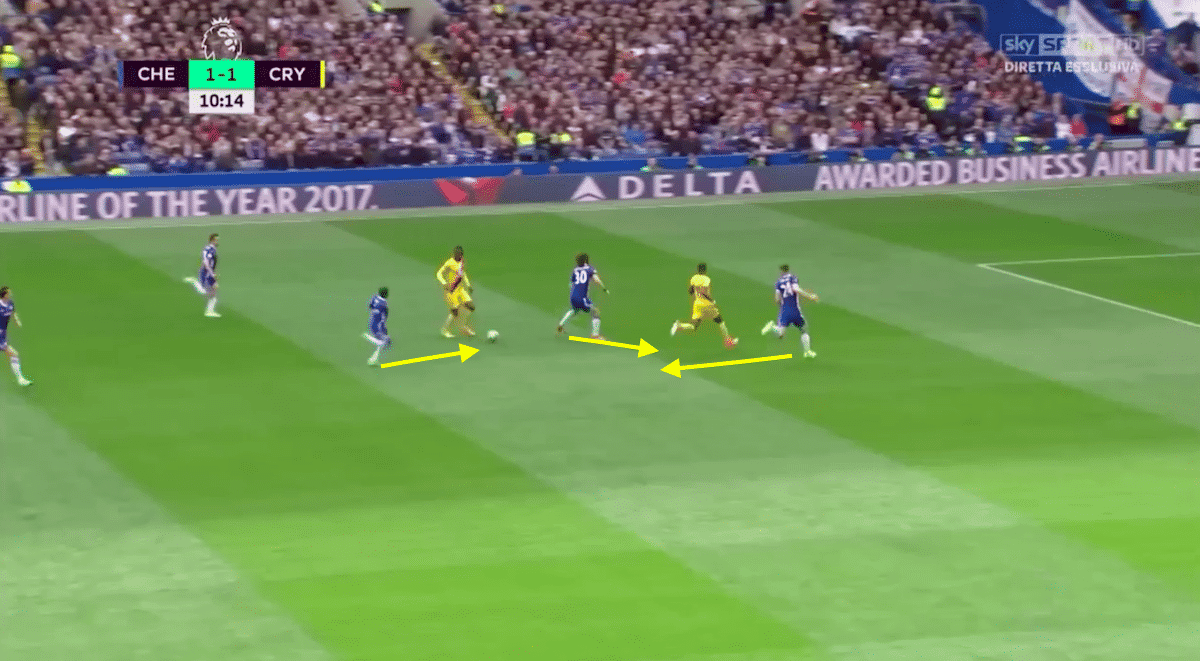 Benteke powers through and the away side get the rub of the green. Zaha is free, the Palace man continues his run and is left unmarked in the middle to apply the smart finish.

What he is very good at is using his size and physique to make sure he gets in front of defenders in and around the six-yard-box.

His movement is excellent, knowing when to come short, go long or appear at the back post. It is baffling that someone who scores as often as Benteke is left unmarked in the penalty area. 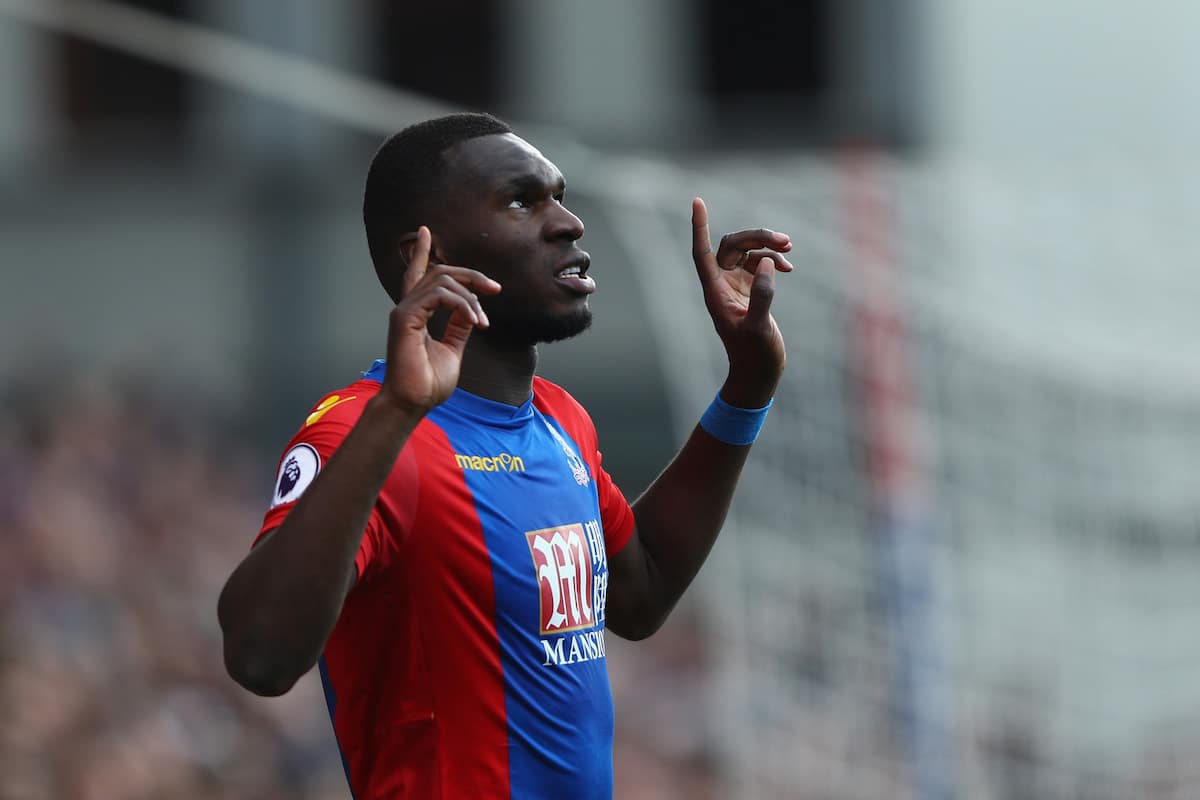 He may be a willing runner and a very mobile forward, but he knows where the goal is and makes sure he’s in the right area to get on the end of opportunities.

Davy Klaassen scored 44 goals and, more importantly, set up 30 in his 126 games for Ajax before moving to Merseyside. Even Sandro Ramírez, signed for his 14 goals for Málaga last term, added five assists.

If Everton do seal a deal for Swansea’s Gylfi Sigurðsson, they will be adding one of the deadliest creators to play in England. His 13 assists were only beaten by two men, Kevin De Bruyne and Christian Eriksen, both playing for much superior teams. Add options like Benteke to the Icelandic midfielder and the combinations are frightening. 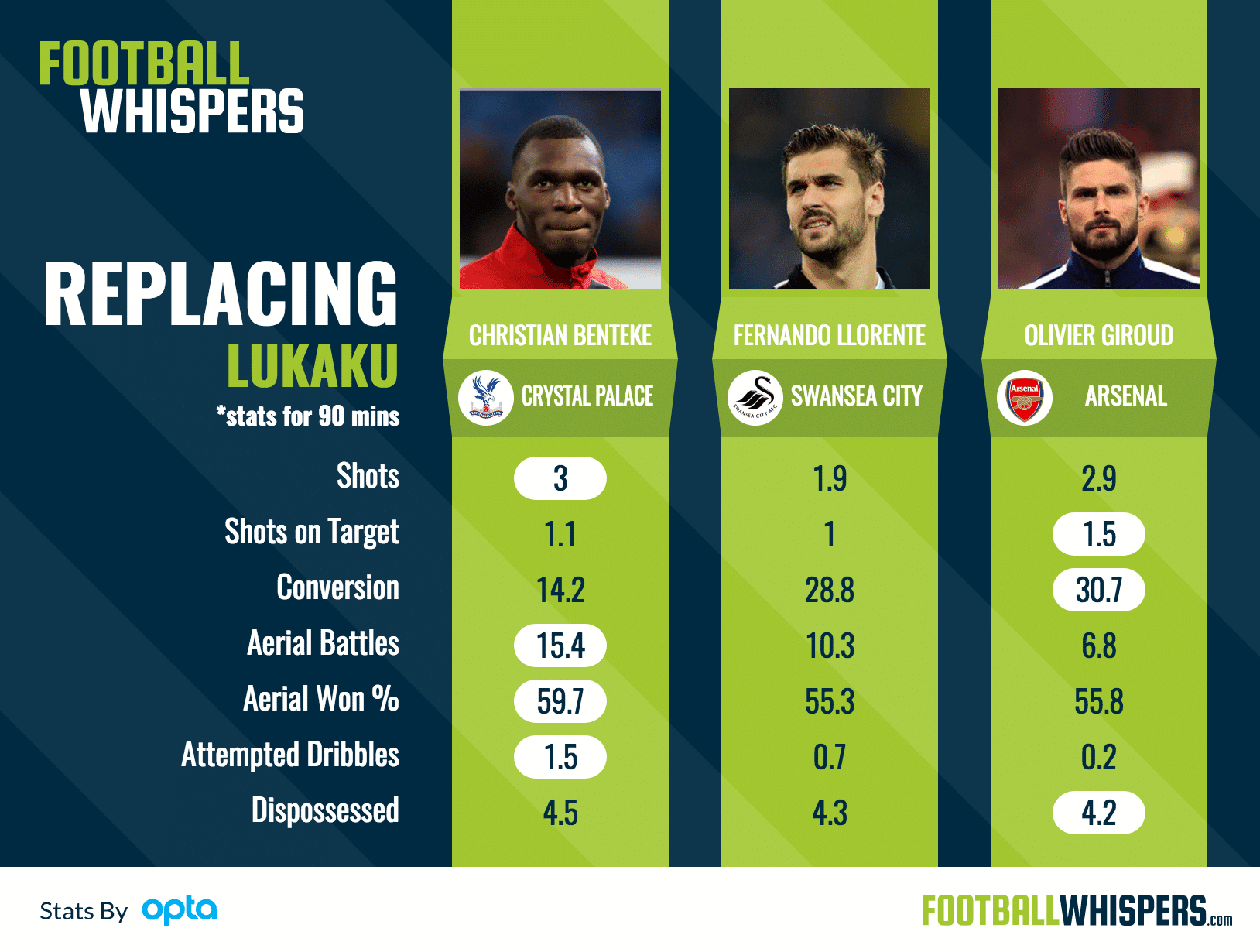 Compared to the strikers around him in the scoring charts, the Crystal Palace man stacks up well. Averaging three shots per 90 minutes, he gets more attempts off than both Fernando Llorente and Giroud.

The same duo are better in terms of converting chances but the Belgian, due to playing more minutes, had more attempts overall. But he could certainly improve on his 14.2 per cent.

No-one contests more aerial challenges than the Belgian and he wins a huge percentage of them too. He also attempts the most dribbles too, at 1.5 per 90 minutes, backing up his mobility and skill with the ball at his feet.

Everton fans know how good he is in the air – the 26-year-old scored a towering header at Goodison last season in the 1-1 draw with Palace.

An issue will be how much the Eagles would want to part with their top scorer. They signed him for £27million last summer and, at 26 and in the peak of his career, Frank de Boer would want a similar figure – if not more – for the forward.

In fact, the Eagles would be within their rights to demand close to £50million for the striker which could rule him out of any move – unless he demands a transfer. That could change everything and open the door for the Toffees to pounce.

If the price is right, the Belgian would be the perfect replacement for the £75million striker they have just lost.