According to reports, Filip Benković is on the transfer shortlists of a number of top European clubs, with Celtic one of the latest to show an interest. The centre-back has been linked to the Scottish champions in the past, and the rumour has resurfaced as the January transfer window approaches.

Brendan Rodgers’ side could do with another defender. They have had to go without their key stopper Jozo Šimunović, as well as Erik Sviatchenko, for much of this season. This has led to tactical innovation, with the former Liverpool boss bringing in a back three of late.

The change in shape has worked, with the rough 3-6-1 system allowing Celtic to compete with Bayern Munich in Champions League action before making history with their win over St. Johnstone before the international break.

However, down the line the Scottish champions could do with an additional central defensive option, particularly if they have serious ambitions of going deep in the Europa League – assuming they qualify by securing third place in their Champions League group.

With that in mind, Benković is a sensible target. But does he have the quality to improve Celtic’s back line? And can they beat off competition for his signature that may only intensify in the weeks to come?

Benković is a 20-year-old Croatian centre-back. He joined the Dinamo Zagreb youth academy at the age of five and eventually made his first team debut for the club in 2015. He has gradually asserted himself as a regular starter over the last three seasons.

Standing at 6ft 4in tall, he is a physically gifted player who also possesses a good reading of the game and sound ball-playing skills. These qualities have allowed him to operate effectively in defensive midfield for his club when necessary.

Benković is held in high esteem at Dinamo, as was highlighted when he stood in as captain during a Champions League match against Sevilla last year at the age of 19. Domagoj Antolic was taken off early on through injury, and the youngster took the armband in his absence.

A Croatia under-21 international, he appears to have the correct attitude for a young professional. Despite his fast start, he has not intentions of slacking off, as he told UEFA last October: “I must not stop here; I have to work three times as hard to keep kicking on.”

One of the most obvious strengths in Benković’s game is his aerial ability. The promising stopper is dominant in the air thanks to his impressive stature as well as his positional awareness. For many of the British clubs linked to his signature – Arsenal, Chelsea and Tottenham Hotspur, as well as Celtic – this is highly relevant.

On the ball, the 20-year-old is a simple, unfussy distributor. His possession game isn’t particularly complex – he often looks to pass to the nearest available team-mate – but he also doesn’t tend to give possession away needlessly.

Benković understands the importance of quick ball circulation, however. He rarely wastes time on the ball and is always looking to make the pass at the earliest available opportunity. Given he plays for a Dinamo side that often have a lot of the ball against defensive opposition, this is important. 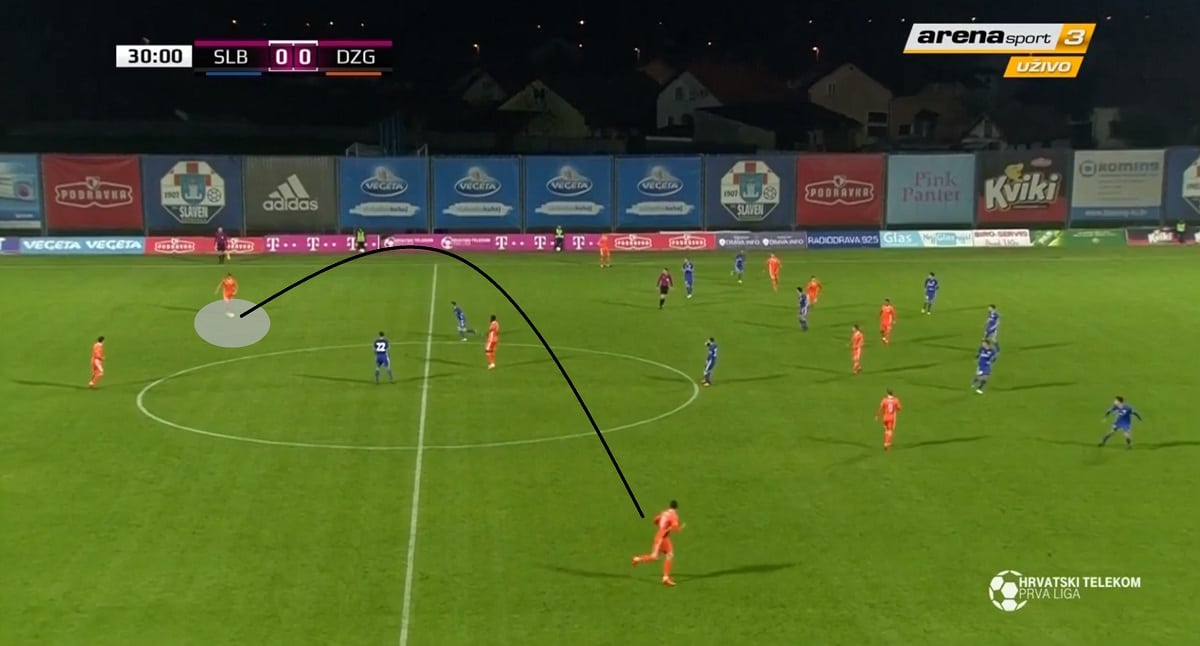 He is also able to switch play when a team-mate is open on the opposite flank. This ability allows him to shift the opposition’s defensive block, as seen in the above graphic.

While not the most adventurous of passers, Benković is comfortable receiving the ball under pressure. He has good control and is a relatively composed centre-back in everything that he does, meaning he is not easily flustered when subject to an opposition press.

As an attentive marker who wins the majority of his aerial challenges and reads opposition attacks well, Benković’s defensive fundamentals are good. However, the modern centre-back – especially those at top clubs – needs more than this to succeed.

Most of the teams he has been linked with tend to dominate possession. In their recent win over St. Johnstone, Celtic had 71 per cent possession. Other interested parties, including Serie A side Inter Milan, have all averaged over 50 per cent possession this season – Arsenal and Spurs, have averaged 58.4 per cent, Chelsea 52.1 per cent and Inter 53.5 per cent.

If Benković were to join any of the above, he would need to develop his own possession game. While composed under pressure, he is not comfortable driving forward with the ball at feet. Instead he looks to pass to the nearest team-mate and let them undertake this task.

This cautious mentality is also seen in his passing. Too often, the 20-year-old will pass around the opposition’s defensive block, rather than through it. This is seen in the below graphic, where he opts for option two instead of option one. 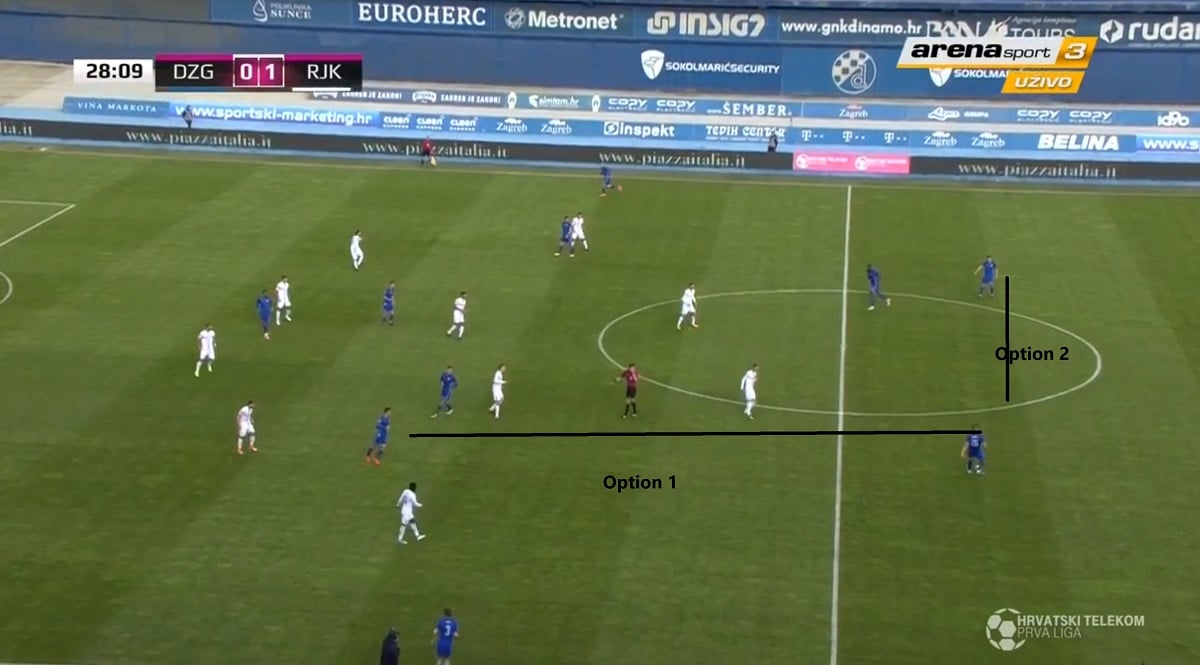 Option one would see him potentially break two lines of opposition defence, but it is over a longer distance and to a player under more pressure. Option two is a simple sideways ball to an unmarked team-mate in front of the opposition defence. In going for the latter, Benković fails to penetrate the opposition and allows them to retain their shape fairly easily.

He would need to adapt to their possession game and become more aggressive with the ball at feet but, considering his age, potential and other qualities, Benković would fit right in at Celtic and could play in almost any central defensive role in a back three or four.

However, several issues may scupper a deal for the Scottish champions. One is the potential cost of signing him – he is under contract to Dinamo until 2022 and previously had a £17million price tag. Another is possible competition from Arsenal, Chelsea and Tottenham Hotspur.

Wherever he ends up, Benković is likely to grow from the experience and continue his development as one of the finest young centre-backs on the continent.