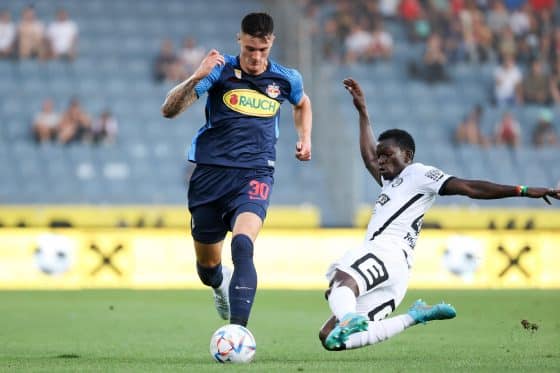 Many professional football clubs, while rivals, often have mutually beneficial relationships when it comes to transfers. This has been very noticeable recently through the likes of Manchester City and Arsenal, with Gabriel Jesus and Aleksandr Zinchenko both moving from north London to Manchester.

Another example involves the relationship between Liverpool and Southampton, with the Reds signing the likes of Sadio Mane, Virgil van Dijk, Adam Lallana and Dejan Lovren from the Saints.

But perhaps no relationship comes close to that of Red Bull Salzburg and Red Bull Leipzig. The two clubs do, however, have an unfair advantage in this competition, given that both are owned by Red Bull GmbH, and are in effect sister clubs, sharing a very close relationship both on and off the pitch.

That relationship, much to the annoyance of Salzburg, has involved several players making a move from the Austrian side to the Bundesliga outfit. The former are, therefore, widely regarded as a feeder club for the latter, with Leipzig indeed also somewhat of a feeder club as they more often than not move those players on after a matter of years.

The latest in a long line of transfers is that of talented forward Benjamin Sesko. The 19-year-old agreed a deal to join RB Leipzig earlier this month. He will continue to line out for RB Salzburg for one more campaign, before making the switch to Germany next summer.

He joins several top players in making the same move from Salzburg to Leipzig over the years:

Having been snapped up from Ligue 2 outfit Istres in 2014, Guinea international Naby Keita went on to become a superstar for RB Salzburg, winning the league and cup double in his two seasons in Austria, as well as being named Austrian Bundesliga Player of the Year in his second campaign.

A big-money move to sister club RB Leipzig followed in June 2016, and two more successful individual seasons were completed before Premier League Liverpool came calling with a club-record deal. Due to injuries, Reds fans are unfortunately yet to see the best of their midfield man, and it might not be long before manager Jurgen Klopp is forced to say goodbye to the evidently talented Keita.

Another player with ties to Liverpool, goalkeeper Peter Gulacsi switched his Salzburg shirt for a Leipzig one in 2015 after two seasons in Austria. The shot-stopper made a €3m move to the Bundesliga, and has gone on to become a crucial player for Leipzig over the last seven years. The Hungarian spent five years at Liverpool between 2008 and 2013, but failed to register a single appearance for the club during his time at Anfield.

His Liverpool career is now long behind him thanks to his success in Germany, where the goalkeeper has not only been a regular between the sticks, but has been handed the captain’s armband.

Wolves forward Hwang Hee-chan made the journey from Salzburg to Leipzig in 2020, having spent a total of five years with the former. But his time in Austria was disrupted by loan moves to Hamburg and FC Liefering, Salzburg’s reserve team, before making a permanent switch to Germany.

His stay in the Bundesliga was also interrupted by a loan move to Wolves last season. He scored just five goals for the Premier League side, but impressed enough to convince them to make the move permanent. With Raul Jimenez injured and Fabio Silva sent out on loan, Hwang may just be leading the line for Wolves in the coming months.

French centre-back Dayot Upamecano spent a year-and-a-half at RB Salzburg, beginning his spell with the club in the summer of 2015. But in true RB Leipzig style, the German club made their move not long into the defender’s promising career. And in true Bayern Munich style, the Bavarians persuaded him to leave Leipzig last year for a taste of constant glory.

He is contracted with the German giants until next summer, but several reports have linked Upamecano with an exit from Allianz Arena this summer, with both Chelsea and Manchester United reportedly eyeing a move for the 23-year-old as they look to further strengthen at the back. 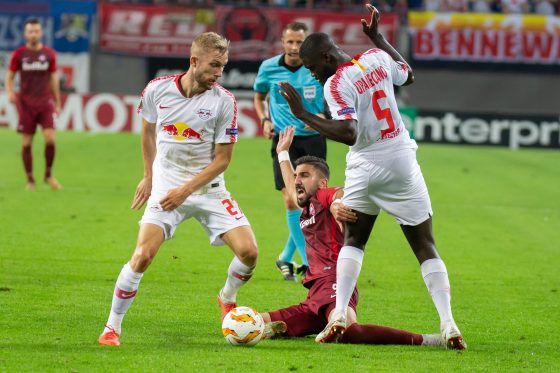 Mali midfielder Amadou Haidara was another to spend just a short spell at Salzburg, where he also lifted the league title and the league cup, before making the traditional switch to Leipzig in 2018.

Further success has followed in Germany through last season’s DFB-Pokal. Unlike Upamecano, Haidara continues to line out for Leipzig, but like Upamecano, he has been strongly linked with many top clubs across Europe this summer.

Hugely talented Hungary midfielder Dominik Szoboszlai is also still playing for Leipzig, having joined the Bundesliga outfit from sister club Salzburg last year. He is another to have lined out for Salzburg reserve side Liefering not so long ago, much like Hwang, Upamecano and Haidara.

His €20m switch to Germany made him the most expensive Hungarian player ever. The midfielder has shone at both club and international level, with England fans well aware of the 21-year-old, who scored in the 1-0 Nations League win over Gareth Southgate’s side in June.

Which other players have joined Leipzig from Salzburg?

Since 2010, almost 20 players have made the switch from Salzburg to Leipzig. Along with the aforementioned big money moves, Thomas Dahne, Nils Quaschner, Rodnei, Stefan Hierlander, Georg Teigl, and Roman Wallner all joined the German side from the Austrian outfit on free transfers once upon a time.

The long list of transfers from Salzburg to Leipzig doesn’t even end with players, with American manager Jesse Marsch making the switch from Austria to Germany in 2019. He was in charge of Salzburg for two years before just six months in the dugout at Leipzig. Marsch is now overseeing a major transition at Leeds United, and has big boots to fill after the departure of the much-loved Marcelo Bielsa. 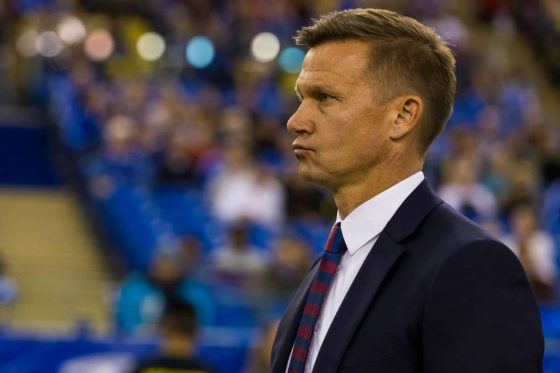