Rafael Benítez has been here before and, one suspects, he will be here again before his time at Newcastle United is out.

The Spaniard has always been a pragmatic, safety-first coach. Even while at Liverpool, where he won the Champions League and FA Cup while reaching another European final, he did not encourage his side to go out and play gung-ho football.

But since returning to the Premier League with Newcastle last season Benítez's approach in big home games has come under heavy fire.

Ironically the Magpies' home record against the big six since winning promotion is excellent. They beat Manchester United, Chelsea and Arsenal at St. James' Park last season, drawing with Liverpool.

Of the big six, they were only beaten by Tottenham Hotspur on the opening day and Manchester City, conceding just three times across those two games. Justification? Perhaps.

But it was that defeat to City, 1-0, which got people's backs up. Or at least those in the Sky Sports studio that night.

“He makes this Newcastle tactic look embarrassing. It has to change. There’s defending, and there’s showing absolutely no ambition whatsoever,” Gary Neville scorned.

“If it were a boxing match, the referee would have stopped it. Hopefully it will spark them into life, to give them something to watch.”

Jamie Carragher weighed in: “I have no problem with them sitting deep, I played under Rafa Benítez, and it’s not just Newcastle, I’ve seen it virtually every week.

“There has got to be some sort of aggression, some sort of plan for winning the ball back and then going forward. 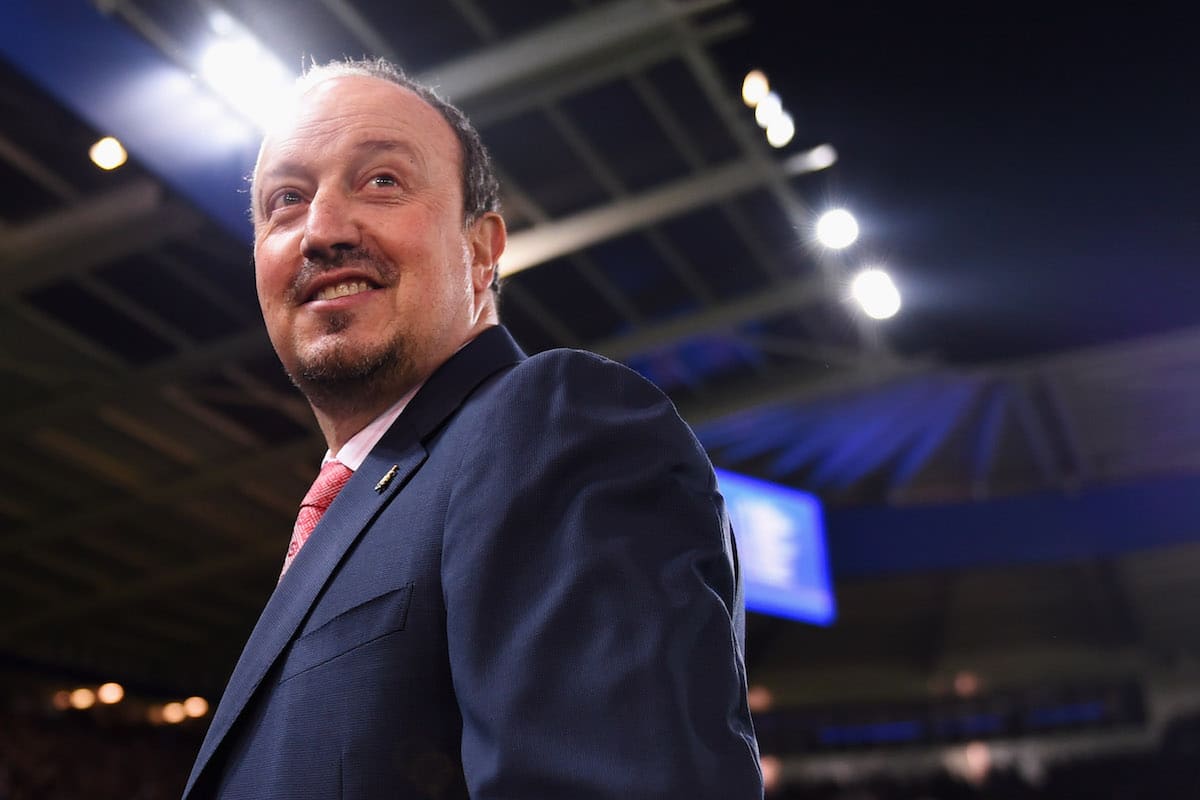 “It’s seeing it at home. When every team came to Anfield they played like that, but at home, it’s a sad state of affairs for the Premier League.”

And it was the same again today as Benítez's side 2-1 defeat against Chelsea in the day's late game. Set up in a 5-4-1 with three centre-backs, Newcastle were deep, compact and showed little intention of pressing the Blues for risk of leaving space in behind.

For 75 minutes it worked, too. Then referee Paul Tierney intervened to award the visitors a penalty for a ‘foul' by Fabian Schär on Marcos Alonso. There was no contact, but Eden Hazard converted.

The joy of Joselu‘s equaliser was short-lived as DeAndre Yedlin put through his own net three minutes from time to ensure Chelsea maintained their 100 per cent start to the season under Maurizio Sarri.

Few coaches can match Benítez's ability to set up a team to be hard to break down. But the Spaniard is not without his detractors. At half time Chelsea had completed 444 passes to Newcastle's 106, dominating the ball 79 per cent to 21.

It probably didn't make enjoyable viewing for those of a black and white persuasion but, like their manager, they're painfully aware of this side's limitations. Despite that, Chelsea forced goalkeeper home Martin Dúbravka into just a single save by the half-way point – a routine one at that.

In the Sky Sports studio at half time, former Newcastle manager Graeme Souness claimed “playing like this would not have been acceptable” in his day. It's worth remembering the Scot managed less than two seasons before being sacked with the threat of relegation looming large.

The crucial difference is that was a time when the Magpies were expected to go toe-to-toe with what was then the Premier League's top four. Souness was Newcastle boss between 2004 and February 2006. A decade earlier Kevin Keegan's Entertainers had been title contenders. That is a very long time ago now and the Premier League landscape has changed almost beyond recognition.

It is not pretty, but while Benítez is at open war with Mike Ashley, the man who controls the pursestrings, he has little choice but to sacrifice style for substance. After all, there can't be many Newcastle fans who would rather lose gallantly to Manchester United than beat them with a structured, disciplined performance.

Above all else, Benítez's remit at Newcastle is survival. Whatever the cost. And this is the cost.

A lot hinges on retaining their Premier League status, too. It's not just Benítez's reputation, but the chance to rid the club of Ashley. While they are a Premier League constant the Magpies are a far more attractive proposition for potential buyers. In the Championship with dramatically reduced revenue and exposure? Far less so.

Last season Newcastle had the fourth-worst xG against score of 54.35 goals. Yet they finished tenth and conceded just 47 times – boasting the seventh-best defensive record.

They did it by beating those around them and limiting the damage against the elite. A repeat will be job done for Benítez and he will be the toast of Tyneside once more.

It's not pretty, but it is effective.