Tanzania could handle Benin at home but it will not stop the optimism of Michel Dussuyer as he leads his side to the Stade de l'Amitié on October 10. The Taifa Stars will be eagerly awaiting the Squirrels to build up their lead in Group J.

Here are our predictions for Benin vs Tanzania.

The Taifa Stars travelled to Tanzania to claim ownership of Group J and returned with the objective in hand. They will want to build on their lead as the Squirrels pay them a visit. With Tanzania winless against Benin, we expect their poor form against them to continue. Brest forward Steve Mounie scored the only goal of the match for them and Michel Dussuyer will want similar heroics from his other attackers.

Only a single goal differentiated between Benin and Tanzania. Both sides have been involved in low scoring affairs as evidenced by four of their last five fixtures concluding with less than three goals. With a lot at stake in this 2022 World Cup qualifier, we are predicting the trend to continue.

In their first-ever meeting in 2017, Stephane Sessegnon scored in the first half and saw his goal rendered useless by Elias Maguri's equalizer. This has not been the case in their recent outings, where only on two occasions have both sides scored across their last five fixtures. Benin has only failed to score once in this period, and we expect them to make their home advantage count to shut out the travelling squirrels.

Benin vs Tanzania: Check out the best odds and the latest stats

Benin continued their unbeaten run in their bid to seal a spot for Qatar 2022. Tanzania posed them questions but a solitary strike from Steve Mounie was enough to give them an away victory. Now in the comforts of Stade de l'Amitié, they can put more distance between themselves and the chasing pack.

It will not be as easy for Benin as Tanzania approach their trip to Benin with a different approach. Prior to their close defeat, they had claimed three wins from four fixtures and would be looking to a return to winning ways in their FIFA World Cup qualifying fixture. They can move to join top in Group J with a win but will be concerned with their away form which has not allowed them away honours in three outings.

Questions About Benin vs Tanzania 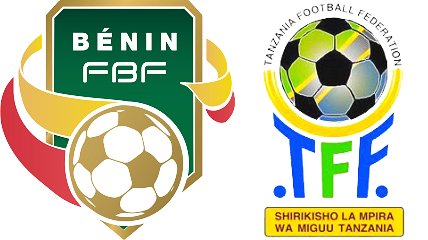