The home team in the Benfica vs Spartak Moscow duel already has one foot in the fourth round of the CL Qualifiers, but the matchup is not over yet. So, let's take a closer look at the second leg between these teams and what we can expect to see.

Our free betting predictions and tips for Benfica vs Spartak Moscow

If you are struggling to choose the right bet for Benfica vs Spartak Moscow, check some of our top betting tips for this match:

Benfica to Win at Half Time and Full Time

After the 2-0 win in first leg, Benfica already has a huge advantage in the matchup against Spartak Moscow. However, we expect to see another convincing performance by the Portuguese team in the second leg, so our prediction is for Benfica to win the game after leading at half time.

Carlos Vinicius to Score at Any Time

The Brazilian striker is back at Benfica after a short loan spell at Tottenham Hotspur and he will certainly try to regain his form after that stint wasn't very successful. Carlos Vinicius didn't play in the first match against Spartak, but he did appear in the first round of the Portuguese league and we expect to see him in the first team in the second leg. Hopefully, he will use this opportunity to net a goal for Benfica and for us.

Top odds and helpful stats for Benfica vs Spartak Moscow

If you want to bet on the top Benfica vs Spartak Moscow odds, check our list of odds from the best betting websites:

Benfica vs Spartak Moscow preview: An easy job for Benfica?

Finishing third in the Portuguese league is not something that Benfica is striving for, but that's what happened last season since they were behind both Sporting and Porto. This also meant that Benfica has to find their way into the Champions League through qualifications, but they've started well on this path with an away win over Spartak. In addition to this, Benfica also started the new season in Primeira League with a win over Moreirense.

The exciting finish in the Russian Premier League last season saw Spartak Moscow finish second with a point ahead of their city rivals Lokomotiv. Thanks to this, Spartak has a chance to win a spot in the Champions League through qualifications, but the odds are not great for them after they've lost the first leg against Benfica at home. Also, Spartak had a bad start in the league as well since they've lost two of their first three matches in the new season of the Premier League.

FAQ for Benfica vs Spartak Moscow 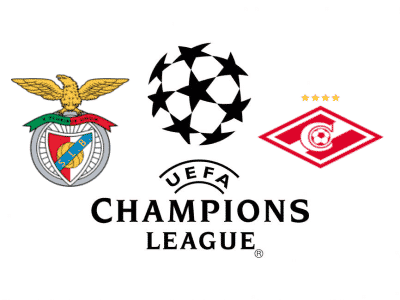