Porto already trail the league leaders Sporting by 6pts so can't afford to slip further behind with just four games of the season remaining, which means they need to beat arch-rivals Benfica on Thursday. Benfica will be hoping to leapfrog Porto and claim 2nd place as their own before the campaign comes to an end but they currently sit 4pts behind them, so really need a win of their own on Thursday.

Porto haven't lost any of their last five games against Benfica, picking up four wins and a draw, so you can see just why we fancy the visitors to escape with at least a point on Thursday. Benfica have been in good form but did lose at home to Gil Vicente recently, while Porto are unbeaten in their last six outings, securing five wins and a single draw.

Three of the last five meetings between these two clubs in league and cup have produced under 2.5 goals. Five of Porto's last six outings in all competitions have also seen fewer than three goals scored and we're expecting another tight and tense 90-minutes between these two huge rivals of Portuguese football.

All the stats you need ahead of Benfica vs Porto

A win for Benfica would aid Sporting's title bid

Benfica and Porto played out a 1-1 draw when they locked horns in January for their reverse league fixture. Grimaldo handed Benfica the lead in the 17th minute but Porto hit back quickly through Marega and the pair went in level at the break. The hosts had Taremi sent-off in the second half and did well to hold onto a draw in the end. Both teams really need a win on Thursday to achieve their end-of-season goals, so we're expecting another competitive 90-minutes between the pair. Benfica claimed a 2-0 win at Tondela last time out and have now been victorious in each of their last three matches. The hosts have scored in each of their last six fixtures but as we know they don't have the best of recent records against Porto.

Porto ran out 3-2 winners over Famalicao last week but still sit 6pts behind the champions-elect Sporting in the Primeira Liga table. The visitors are enjoying an unbeaten run right now and should prove very tricky to beat on Thursday, but Porto can't really afford a draw especially if Sporting claim all 3pts the evening before against Rio Ave. This title race looks likely to be decided in the next week or two and Porto simply must give their all on Thursday as anything but a win could hand the title to Sporting. 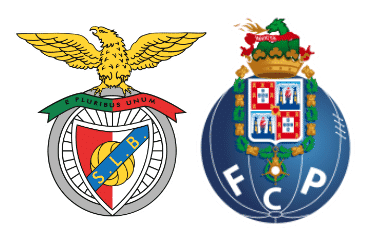