Dinamo Kiev and Benfica meet in Lodz for a Champions League qualification contest on Wednesday, August 17th. Benfica are favourites to build a first-leg advantage in Poland this week. Read our free predictions and find the latest odds for the fixture below in our detailed match preview.

Benfica have won four fixtures on the bounce ahead of their meeting with Dinamo Kiev in Lodz on Wednesday evening. Read our top predictions for this weekend’s fixture below.

If you take their stunning pre-season form into account, Benfica have won nine games on the bounce since early July and they looked just as formidable in their four competitive fixtures as they did in their five friendly bouts. Competing in Lodz, Poland on Wednesday, Benfica don’t have any tricky home advantage to overcome against Dinamo Kiev and the Portuguese giants should be able to turn their slick football into yet another positive result in this week’s first leg.

21-year-old hotshot Goncalo Ramos is gearing up for a real breakout season for Benfica and the young striker has already netted four goals in as many games this term. Ramos notched a superb hattrick for Benfica when they ousted Danish club Midtjylland in the previous round of the Champions League qualifiers and the in-demand forward has the ability to get his name in lights again when he leads the line in Lodz on Wednesday.

Top Betting Odds and Stats for Dinamo Kiev vs Benfica

View our list of the top stats for Wednesday’s game below alongside a tool to help you choose the best odds.

Read all of the latest injury updates and team news for Wednesday’s Champions League qualification skirmish between Dinamo Kiev and Benfica below.

Dinamo Kiev needed extra time to see off Austrian side Sturm Graz in the previous qualification round, but with their domestic campaign on hold, they have seen no action since. With injuries few and far between, Head Coach Mircea Lucescu could lean on the same players that got the job done against Graz.

Lucas Verissimo is injured and won't feature for Benfica until later this month. Veteran defender Nicolas Otamendi was sent off at the weekend against Casa Pia, though his ban is for domestic games only and he should feature at the heart of Benfica's defence on Wednesday. 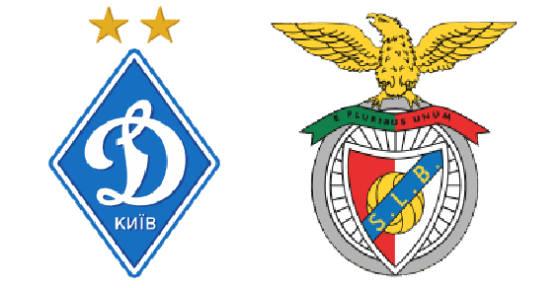 Where can I find the odds for Dinamo Kiev vs Benfica?

Here at FW, you can find the best odds for Dinamo Kiev vs Benfica.

Who is Benfica’s manager?

Roger Schmidt is Benfica’s current boss having joined the club in July.