Benfica will not be in a mood to relinquish the amazing opportunity that they have received to qualify for the knockout stages of the Champions League this season when they take on Bayern Munich at the Estadio da Luz on Wednesday night.

Benfica are second in the group – above Barcelona – following the 3-0 success over the Spanish club in the last Champions League match. During the weekend, Benfica registered a narrow 2-1 victory over Trofense in the Taca de Portugal game after extra time. Benfica were able to thrash Bayer Leverkusen 5-1 in an away match after the return to domestic action.

Despite transfer rumours linking him with moves away from Bayern Munich, Robert Lewandowski continues to be the goal machine for the German outfit. The striker has nine goals in eight Bundesliga matches and a whopping four goals in just two Champions League games this season. He has opened the scoring in three out of his last seven games for Bayern – including the opener against Dinamo Kiev.

Bayern Munich have decimated most of their opponents in recent weeks. The German champions have scored over 2.5 goals in four out of the last five matches. It is not a surprise that eight out of the last 10 matches involving Bayern have produced more than 3.5 goals.

Even though Bayern Munich have been one of the dominant forces in Europe over the last few years, the team has struggled for clean sheets of late. They have managed just one clean sheet in the last four, but things are looking on the up in the Champions League, where they have registered three successive clean sheets. However, Benfica are a strong team at the Estadio da Luz.

Top Betting Odds and Stats for Benfica vs Bayern Munich

Benfica are in a great spot to qualify for the Champions League’s knockout stages despite having started out in a difficult group. The big win over Barcelona in the last round has significantly altered proceedings in favour of the Portuguese team. Jorge Jesus does not have too many injury problems apart from Valentino Lazaro and Haris Seferovic.

Bayern Munich do not have the away blues when it comes to the Champions League. The last away defeat suffered by the five-time European champions in this competition was back in 2017 when they lost to PSG. Julian Nagelsmann almost has a fully fit squad with only Sven Ulreich unavailable due to a ligament injury.

Doubts on Benfica vs Bayern Munich 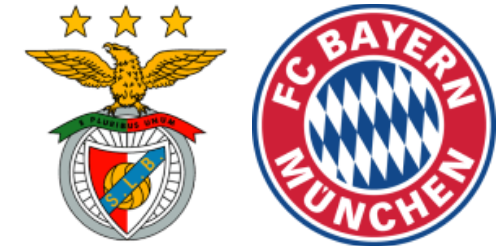 Where is the match scheduled? Estádio do Sport Lisboa e Benfica