Belgium are the favourites to win Group B ahead of Russia, Denmark and Finland and have been selected as one of the favourites to go all the way and win Euro 2020. Russia don't have the best of records against Belgium and if they could secure a draw on Saturday, then it would be deemed a very good result.

Read on for our full match preview and prediction for Belgium vs Russia in the European Championship.

Belgium have played Russia seven times before, picking up five wins and two draws. Belgium ran out 4-1 winners when they last locked horns with Russia 2-years ago and head into Saturday's game on the back of four wins and two draws from their last six international matches. Russia have lost two, won three and drawn one of their last six fixtures but haven't played any country even close to the level of Belgium during that period.

Four of the last six encounters between these two countries have ended with both teams getting on the scoreboard, and we're expecting more of the same on Saturday. Both teams have scored in four of Belgium's and four of Russia's last six international matches, so you can see just why we're not expecting to see a single clean sheet come the final whistle.

Four of the last six head-to-heads between Belgium and Russia have produced over 2.5 goals and we're hopeful that this weekend's clash will turn out to be a goal-fest as well. Three of Belgium's last six matches have also featured over 2.5 goals, including an 8-0 win over Belarus and a 4-2 win against Denmark. Four of Russia's last six games have witnessed at least three goals being scored, including a 5-0 defeat to Serbia and a 3-1 win over Malta.

All you need to know about Belgium vs Russia

Belgium backed to secure a winning start to Euro 2020

Belgium ran out 1-0 winners over Croatia on Sunday and will be aiming for a winning start to Group B this weekend. De Bruyne wasn't on the bench for that game and is likely to miss the match against Russia following the facial injury he sustained in the Champions League final. The squad Martinez has assembled hasn't changed a lot since the last major international tournament. Courtois will start in goal against Russia, while in defence, Belgium can call upon the experience of Alderweireld, Vermaelen, Vertonghen and Meunier. Witsel will control the midfield and Tielemans, Carrasco, Thorgan Hazard and Chadli could all start alongside him. Lukaku will be hoping to win the Golden Boot in Euro 2020 but the Belgians have plenty of options up front, including Eden Hazard, Mertens, Benteke and Batshuayi.

Russia beat Bulgaria 1-0 in their final warm-up game ahead of the Euros but not much is expected of them in this tournament and that lack of pressure could go in the Russian's favour. Zhirkov is the most familiar name in the Russian squad but at the age of 37, the former Chelsea full-back is way past his best. Cheryshev has shined at previous tournaments for Russia and he will be hoping to wave his wand of a left foot against Belgium this weekend. In attack, Dzyuba will be the main source of goals for Russia having scored 29-goals in 52 caps for his country. 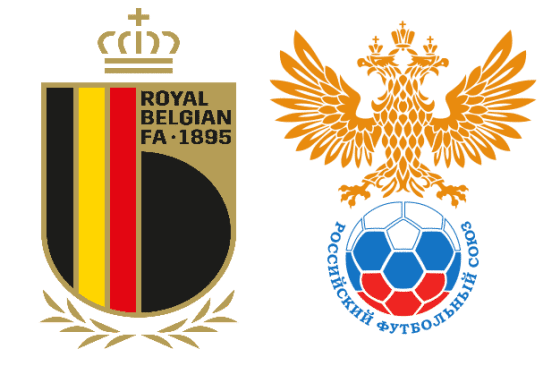