France are being tipped by many to win this Nations League Semi-Final but given the way both teams performed at Euro 2020, we're backing a Belgium victory on Thursday night.

Here are our predictions for Belgium vs France

Each of Belgium's two victories over France have arrived on foreign soil and we're backing Lukaku and co to edge the Semi-Final on Thursday. The Red Devils have won five of their last six matches in all competitions, while France have only won once since getting knocked out of Euro 2020 in the summer by Switzerland. Mbappe and co failed to get out of 2nd gear at the Euros and have drawn with Ukraine and Bosnia-Herzegovina since that shock defeat to Switzerland.

We're backing goals in this game as both teams have a lot of attacking talent on display. A recent encounter between these two nations produced a 4-3 win for Belgium and while there might not be as many goals in Thursday's clash, we are expecting both teams to find the back of the net and Belgium to progress to the Final within 90-minutes.

Romelu Lukaku already has 5-goals in the Nations League, two ahead of France's top scorer Giroud, and we're backing the big Belgium striker to find the back of the net once again. Lukaku has played exactly 100 times for his country, scoring 67 goals, and is one of the best strikers in European football. The Chelsea man always seems to lead by example for his country and France will do well to keep him quiet for the entire 90-minutes.

Everything you need to know ahead of Belgium vs France

A close and competitive 90-minutes expected at the Allianz Stadium

A solitary goal from Praet proved enough for an understrength Belgium side to beat Belarus in Kazan last month, Martinez welcomes back a number of his star players for the Nations League Semi-Final which will be played on neutral ground. Belgium put in a better performance than France at Euro 2020 and will be itching to drop the tag of ‘the nearly men' by getting through to this weekend's Final and beating either Italy or Spain.

France secured their first win since being knocked out of Euro 2020 by Switzerland last month when they played host to Finland in the World Cup qualifiers. Griezmann scored both goals in France's 2-0 home win but Deschamps' men will have to be at their very best to topple Belgium and make it through to this weekend's Nations League Final. The bookmakers have France down as their favourites to win but we're not as confident in Les Bleus following their recent performances. 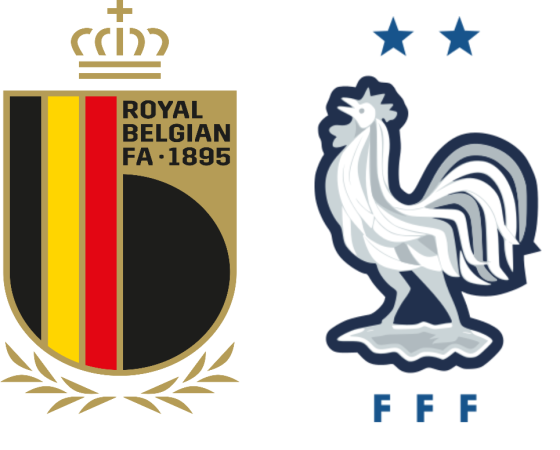