Belgium's blushes were spared by counter-strike substitute Nacer Chadli in the 94th minute of their last-16 tie against Japan in Rostov-on-Don, lining the Red Devils up for a quarter-final against tournament favourites Brazil.

A Japanese double salvo early in the second half, comprising immaculate strikes from Genki Haraguchi and Takashi Inui, threatened to make Belgium the latest victims in a long line of dramatic upsets this World Cup has gifted us.

However, crucial late substitutions, bringing on eventual scorers Marouane Fellaini and Chadli, and a switch to a more direct approach, got Roberto Martínez and his men out of trouble. But only just.

Here are the five things we learned as Belgium edged out Japan for a place in the last eight. 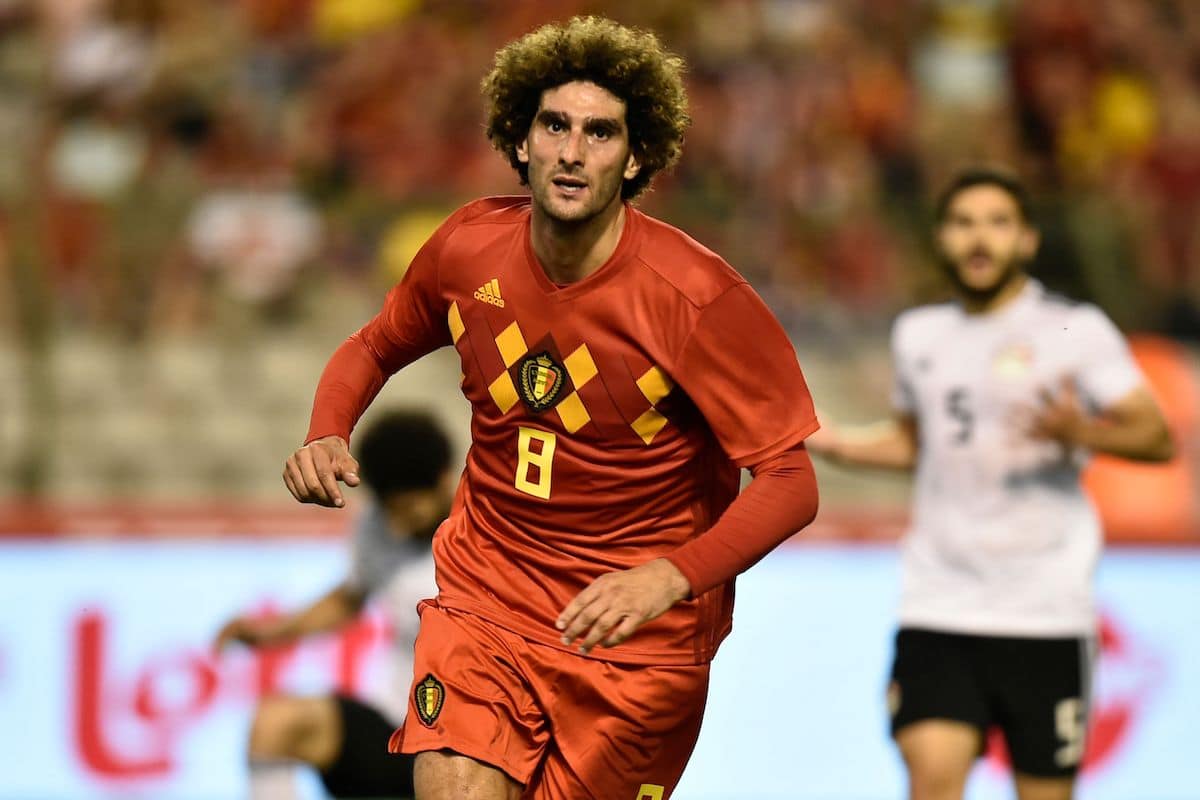 Struggling to break down Akira Nishino's resolute and well-organised side, Belgium continued, for more than an hour, to pick at the lock to the Japanese defence with intricate interplay between their highly gifted forwards and the individual skills of Eden Hazard.

After a fruitless 65 minutes, 2-0 down and heading for an embarrassing early World Cup exit, Martínez called for the battering ram. On came Fellaini, along with fellow scorer Chadli, and the Europeans began to exert their startling height advantage by abandoning the slick stuff for something more fit for purpose, albeit less easy on the eye.

As Belgium swung cross after cross into the penalty area, the Japanese backline wilted, conceding to a looping Jan Vertonghen header, before Fellaini marked the signing of a new deal with Manchester United by reminding his dissenters of his aerial efficacy to draw his side level.

Had he not pledged his allegiance to Real Betis days ago, joining on a free transfer from Eibar after his contract with the Basque side expired, several big European clubs might have been tempted to make Inui one of the four-yearly impulse buys World Cups inevitably inspire.

The right-footed left-sided attacker has been superb for Japan in Russia, constantly threatening goal with savvy runs inside from his flank.

And it was Inui's stupendous shooting technique which powered Japan into a two-goal lead in the 53rd minute, driving home from 25 yards with a rasping strike that gave Thibaut Courtois no hope in the Belgian goal.

Betis might just have bagged the bargain of the summer.

Kevin De Bruyne enjoyed the best season of his career last term, reappropriated by Pep Guardiola at Manchester City as a central midfielder with licence to roam, create and scheme for the Premier League champions.

De Bruyne is also deployed as a central midfielder for Belgium, but the role the former Chelsea man plays in at international level bears little resemblance to his perfectly crafted remit with City.

As part of a double pivot in Martínez's 3-4-3, partnering Axel Witsel, De Bruyne is not afforded the same kind of freedom he enjoys in the Premier League, where he wanders from his position on the right of City's midfield three, protected by Fernandinho and able to move forward at will.

Against Japan, as has often been the case at this World Cup, De Bruyne's starting position was too deep, lumbering him with too great a defensive workload for him to thrive, and for large portions of the game he was ineffective.

It was only the introduction of Fellaini, and thus a switch to a more familiar three-man midfield, that let De Bruyne off his leash, and it is no coincidence his liberated break through the middle of the park set the stage for Belgium's winner.

Martínez must find a system which accommodates both Hazard and De Bruyne in optimum roles.

For all the talent Belgium possess in midfield, it was Shinji Kagawa who stood out in the middle third, exuding calm, class and control in possession, seldom rushed and collecting an assist along the way.

The former Manchester United playmaker's time in the Premier League may have disappointed, but Kagawa is reminding fans at this World Cup why the Sir Alex Ferguson was so keen to sign him from Borussia Dortmund once upon a time.

Kagaw completed more passes than any midfielder in the Rostov Arena and was the glue between defence and attack for Japan, carefully orchestrating his side's counter-attcking efforts.

Belgium must improve ahead of Brazil clash

By beating Japan and booking their place in the quarter-finals, Belgium, ranked third in the world by FIFA, met expectations.

But the Red Devils were tested. A test for which they barely scraped a pass mark. With Brazil up next, they will need to be better. Much better.

Belgium were too easily frustrated in attack by an organised yet hardly talent-packed Japan side, and their midfield offered little resistance to their opponents' counters.

Having filled their boots with nine goals from three group games against Panama, Tunisia and a second-string England, Belgium looked finally ready to deliver on their immense promise.

However, with Japan the first team to ask serious questions of Belgium, Martínez was found wanting of a few answers. A change in shape, bulking up midfield, may be in order if a semi-final berth is a realistic aim.