Two teams in need of a win to get their World Cup qualifying campaigns back on track go head-to-head this weekend. Wales are the favourites but a trip to Belarus is not for the faint-hearted and the visitors will be to be at their best if they are to secure all 3pts.

We've predicted a win for Wales this weekend as they have won four of their five previous encounters with Belarus, most recently in 2019. Wales have improved a lot in recent years, qualifying for the last World Cup and Euro 2020, while Belarus have never made it to a major international tournament. The hosts have lost their last three matches including an 8-0 defeat against Belgium, while Wales have only lost two of their last six fixtures and they were against Denmark and Italy at the Euros.

We're not expecting a high-scoring game on Sunday as neither of these teams are renowned for scoring a lot of goals. Under 2.5 goals have been scored in the last two meetings between the pair as well as in Belarus's last match against Czech Republic and five of Wales's last six fixtures, so you can see why we're predicting a low-scoring 90-minutes this weekend.

Wales have won their last two games against Belarus 1-0 and we're backing the visitors to secure another narrow victory this weekend. Belarus lost their last game against Czech Republic 1-0 and under 2.5 goals have been produced in five of Wales's last six outings with the visitors keeping clean sheets in three of those matches.

Everything you need to know ahead of Belarus vs Wales

Belarus suffered a 1-0 defeat at Czech Republic in midweek, making qualification from Group E look like an uphill task despite only three games being played. The Belarus squad is very inexperienced at this level with just one player, Maksim Skavysh, boasting over 20-caps. The majority of the host's squad is home-based but there are a couple of exceptions with Lisakovick playing in Russia for Lokomotiv Moscow, Ebong plying his trade in Kazakhstan for Astana, and defenders Pavlovets and Zolotov both playing for Ukrainian side Kolos Kovalivka. On paper, Wales have the stronger squad and really should be winning this game.

Wales were in action on Wednesday evening but their game against Finland was just a friendly and the game ended in a goalless draw. The Welsh squad looks very similar to the one that performed well at Euro 2020 with the exception of Connor Roberts, Aaron Ramsey and Kieffer Moore who have all missed out on selection for one reason or another. Gareth Bale will lead the side in Belarus and with a player of his talent in your starting eleven, you always have a chance of winning the game. Other than the Real Madrid man, Wales don't have any proven goalscorers at international level in their squad which is one of the reasons we're expecting a low-scoring 90-minutes on Sunday. 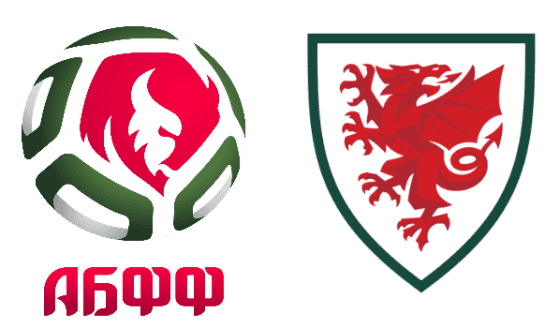