Belarus and Czech Republic go head-to-head for three points in World Cup Qualification Group E on Monday. Read our expert predictions and find the latest odds for the game below in our match preview.

Belarus are propping up the rest in Group E as they prepare to face Czech Republic. Find our top three predictions for the contest below.

Odds, taken from Ladbrokes, are subject to change.

Both Teams Not to Score

When Czech Republic and Belarus last locked horns in Group E back in September, just a single strike from Antonin Barak separated the teams in Ostrava, and that was the fifth time in six fixtures that the Belarusians failed to notch during their World Cup Qualification campaign. Little excitement is expected again when the nations renew acquaintances in Kazan on Monday, and both teams not to score could be a winning bet again.

Leaning on largely the same reasoning, we’re tipping under 2.5 goals to hit the net on Monday for our second pick. Belarus are averaging just a goal per game in Group E and they hit four of those in a single game against Estonia. Three of Czechia’s last five assignments in the section meanwhile, produced two or fewer goals and we anticipate another contest decided by fine margins this week.

Czech Republic to Win to Nil

Belarus are having a tough time in Group E against their more seasoned opponents and they were beaten to nil in four of their last five qualification tussles. In one of those matches, they drew a blank against Monday’s counterparts Czechia and the visitors are secure enough at the back to record another shutout at the Belarusians’ expense in Kazan.

Belarus are having to endure another miserable qualification campaign and their record of five defeats in six matches in Group E is in line with many people’s predictions for the perennial strugglers. Georgi Kondratjev’s wilting charges were beaten 2-0 at Estonia on Friday, becoming the first team in the section to be toppled by the Blueshirts in the process.

The Czech Republic meanwhile, missed a huge opportunity to land a decisive blow in the qualifiers when they were held to a 2-2 draw by Wales on Friday. Czechia are currently ahead of the Dragons on goal difference in Group E, though the Welshmen have a game in hand to play. Vladimir Coufal, Lukas Masopust, Petr Sevcik and Jan Boril were all missing on Friday, and West Ham fullback Coufal’s absence was particularly hard felt. 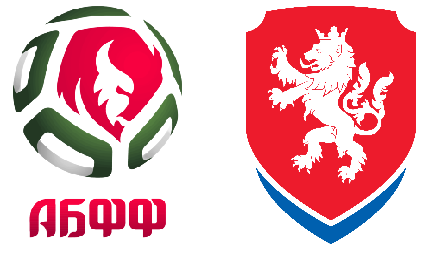 Monday’s game will be played at the Central'nyj stadion Kazan'.

Where are these teams placed in Group E?