Robert Martinez’s star-studded Belgium take on Belarus in a World Cup Qualification clash on Wednesday. Read our expert predictions and find the latest odds for the game below in our match preview.

Romelu Lukaku scoring for Belgium is one of the most common sites in international football and the prolific record-breaking frontman has notched an incredible nine times in his last eight appearances for his country. The 28-year-old’s haul includes three goals in his last two run outs in Group E and the Chelsea superstar is worth backing to make his mark again against Belarus.

Roberto Martinez’s free-scoring Belgian team maintained their 100% record in Group E with a thumping 3-0 win over nearest challengers Czech Republic on Sunday, taking their haul to a massive 20 goals in just five qualification fixtures so far. Eight of those goals were hit in one game when the Belgian beat Belarus 8-0 back in March and we’re backing the Red Devils to terrorise the same defence when the sides reconvene for the return fixture in Kazan..

Drawing from the same logic as our second tip, Belgium jump out at a superb price to score over 2.5 times in the team goals market on Wednesday. The Belgians rattled home eight goals in their last two assignments in the section alone and their aforementioned 8-0 annihilation of Belarus in March should have their forwards rubbing their hands at the prospect of filling their boots against the same defence this week.

Belgium flexed their considerable muscle on Sunday when they roared to a 3-0 victory over their nearest challengers in Group E – the Czech Republic – in Brussels. As per the usual routine, the razor-sharp Romelu Lukaku got them up and running, and having missed Belgium’s 8-0 win over Belarus six months ago, the Chelsea man will be determined to make up for lost time on Wednesday.

Belarus gave Wales a real scare in their last group outing and had the Dragons not had the world class talents of hattrick hero Gareth Bale at their disposal, the White Wings might have swooped in for three points. Their chances of causing an upset against Belgium are wafer thin however. Belarus’ 8-0 defeat to the Red Devils in March was the heaviest loss in their entire history. 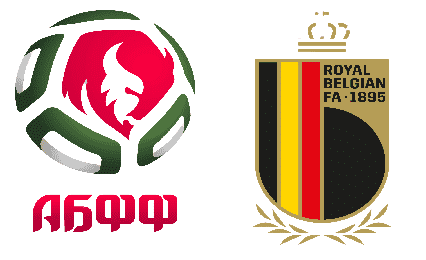 Wednesday’s game will be played at the Central'nyj stadion Kazan.

Where are these teams placed in Group E?

Belgium top the pile in top spot in Group E, while Belarus sit second from bottom in fourth.