This is a preview of the Chinese Super League game between Beijing Guoan and Shanghai Port at the Kunshan Sports Center Stadium. The two group B opponents have a five-point difference in the league table.

Beijing Guoan slipped to 5th place in the table after a 2-0 loss against Changchun Yatai in an away match. Shanghai Port had to work hard for their 1-0 victory over Hebei in the last match.

Shanghai Port have only managed two wins in the last five matches across all competitions, but they have quality across the pitch to overcome an opponent like Beijing Guoan, who have not been at their best since the break. Beijing Guoan have suffered at the hands of Shanghai Port in recent years with four defeats in the last six meetings. Despite Shanghai Port not being at the superior best, they can force a victory from this game.

Beijing Guoan have not scored in the last two league encounters. The team has been desperately poor in terms of recent momentum, as the distraction of the Champions League action seems too hard to handle. Shanghai Port have also not been in a great scoring mood with two blanks in the last four games.

Beijing Guoan have not scored in the last two games as the team has struggled to create clear-cut opportunities in the final third. Even when those half chances have come their way, Beijing Guoan have been unable to find the back of the net due to a lack of confidence.

The need to get back into the top of the table is quite high for Beijing Guoan, who have suffered just one defeat in the three games since the break. However, the overall form looks quite poor thanks to a string of poor results in the AFC Champions League and confidence appears to have gone away from the team.

Shanghai Port are unbeaten in the last eight league games and Ivan Leko’s men need to preserve their unbeaten streak if they are to overtake Shandong Taishan in forthcoming games. Since Ivan Leko’s men are up against Shanghai Shenhua and Changchun Yatai in the next two matches, a victory over the Beijing Guoan is of huge importance to keep up their confidence levels. 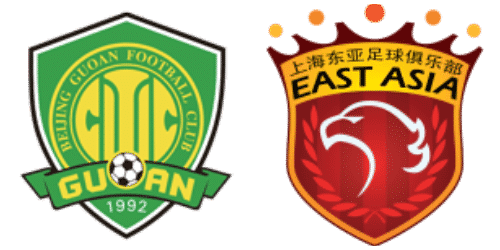