Beijing Guoan and Rongcheng go head-to-head in the Super League on Thursday, June 30th. League leaders Winless Rongcheng face another tough test when they take on Beijing Guoan. Read our free predictions and find the latest odds for the fixture below in our detailed match preview.

In-form Beijing Guoan have won three of their last five matches ahead of their tussle with Rongcheng on Thursday. Read our top three predictions for this week’s fixture below.

With three victories and two draws in their last five assignments, Beijing Guoan have been on the ascent in the Super League and The Imperial Guards can be backed with confidence to beat winless Rongcheng on Thursday. The newly-promoted outfit have struggled to come to grips with the quality of the top tier and having already been beaten once by Guoan this term another disappointing runout is in the offing.

Though they eventually bagged maximum points, Beijing Guoan had to work had to beat Rongcheng (3-2) earlier this month and The Imperial Guards do have a habit of making life difficult for themselves. Indeed, despite their recent string of impressive results, both teams found the net in four of their last five matches and bettors are advised to make a move on the BTTS market again on Thursday.

Top Betting Odds and Stats for Beijing Guoan vs Rongcheng

Read our rundown of the top stats for Thursday’s fixture below alongside a tool to help you choose the best odds.

You can find all of the latest team news and injury updates for Beijing Guoan vs Rongcheng in the Super League on Thursday below.

Rongcheng have a clean bill of health this week as they go in search of their first victory of the campaign. Rongcheng drew 2-2 with Shenzhen in their last game and they might have won had Hu Ruibao not notched an own goal in the first half. 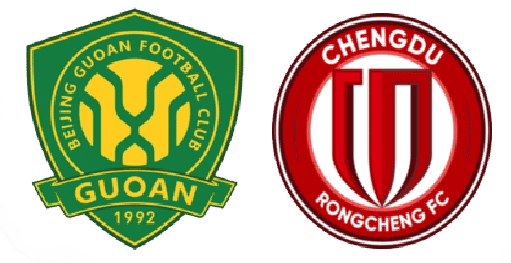 Who is Beijing Guoan’s manager?

Xie Feng is in charge at Beijng Guoan having re-taken the job in January.