Bechem United are looking to close the gap to first placed Asante Kotoko here. Will they get the win they need? Find out with our Bechem United vs Aduana Stars match preview with free tips, predictions and odds mentioned along the way.

Bechem United might be sat in second place but a win here for Aduana Stars will put them within two points of their hosts. Getting that win away from home will be a damn sight easier said than done though. Either way, it should be a decent game.

Bechem United have been one of the best teams in Ghana this season; they are second on the league table, having lost just five times in 31 league games. As a matter of fact, Bechem United have no losses in their last seven games; they'll look to extend that run to eight games as they host Aduana Stars.

Things have not gone too well for Aduana Stars recently; they have no wins in their last eight games, with six draws and two losses. It's worth noting that Aduana Stars are coming off three consecutive draws; they'll hope to get back to winning ways as they visit Nana Gyeabour Park.

A quickfire FAQ on Bechem United vs Aduana Stars 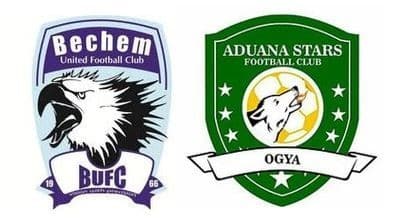