Bayern Munich will be hosting Lazio at the Allianz Arena on 16th March after winning the first fixture 4-1. Stick with us to see what our free predictions for the rematch are.

We are bringing you our team of experts’ evaluation of the upcoming match. All of our betting tips are made after thoroughly going through the latest available information.

Although the odds are true at the time of writing, bear in mind that they are subject to constant change. To avoid errors carefully check your betslip before finalizing your bet. Our recommended bookmaker for this match is Ladbrokes.

Hansi Flick's squad is the clear favorite in this match-up and the 4-1 score from the first leg confirms it. Bayern Munich is a goalscoring machine – the last time the team failed to find the net goes back to August of 2019 in a German Supercup final against BVB. Over their last 6 games, Bayern failed to score more than one goal just once. Also, in their last 7 home games, Bayern has put the ball in the net a total of 19 times. That's 2.7 goals per match.

We already covered the fact that Bayern rarely fails to score, but let's dig into Lazio. The Eagles have definitely enjoyed better league runs, but are also sporting a decent goal-scoring tally. In their last five games, they've only failed to score once – against Bologna but managed to find the net against Juventus and Bayern. Also, in their last 6 away games, Lazio managed to score 9 goals which is more than 1 goal per game on average.

Bayern Munich to score in both halves

The German colossus is keen on scoring in the first half of its games, which eliminates the bigger risk with this bet. Four of Bayern's last 5 games have seen the squad score in both halves, and it only failed against Eintracht, simply because the Munich team could score only a single goal.

See the latest results by the teams but also explore betting opportunities with the information below.

The 7th ranked squad in Serie A will be going up against the 8-times consecutive Bundesliga Champions. Lazio's possibilities of surviving this Round of 16 are minimal, but they still exist.

On the other hand, Lazio's last five have resulted in 3 losses and 2 victories. However, it doesn't help that these victories came against lower-ranked Italian squads as Sampdoria and Crotone. Furthermore, Lazio won these games with the slightest of margins – just by a one-goal lead. Statistically speaking, there aren't many stats that are in favor of the Italian team. Still, anything can happen in the Champions League and we love to capitalize on opportunities. Check out some of our other UEFA Champions League predictions too. 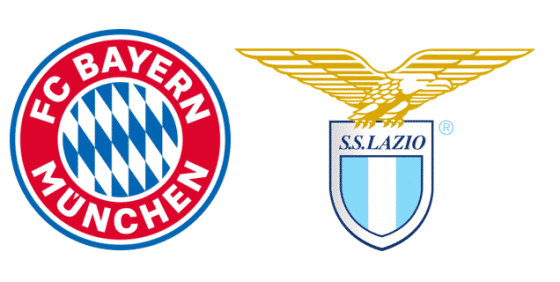