Bayer Leverkusen had no answer to Bayern Munich's might and it is now TSG 1899 Hoffenheim's turn to try their luck against the champions. The visitors are eight points behind the Bavarians after eight rounds of action and will be looking to looking to cut the lead short.

Here are our predictions for Bayern Munich vs Hoffenheim.

Bayern Munich to Win Second Half

Oliver Glasner found the errors of Julien Nagelsmann's ways. The Bavarians replied in style with a 1-5 dismantling of Leverkusen followed by a 0-4 humiliation of Benfica. As they return to home surroundings, they are odds on favourites to claim the win. Munich get dangerous with every passing minute and we are backing them to grind their rivals out and claim bragging rights in the second half.

Customarily, goals have flown in matches involving Bayern Munich. Only one of their Bundesliga fixtures this season has concluded with an Under 2.5 total goals tally. Hoffenheim are not far behind with six of their eight matches seeing at least three goals. As they face-off on Saturday evening, expect a goal-fest akin to their previous outings.

Despite claiming ninth place on the points table, Hoffenheim are fourth in terms of goals scored. No points for guessing that Bayern are leading the goalscoring race. With both teams averaging in excess of two goals per match, we are backing them to continue this trend in this fixture.

Bayern Munich vs Hoffenheim: Check out the best odds and the latest stats

A 5-0 win over Dynamo Dyiv was followed by a surprise 1-2 defeat to Eintracht Frankfurt. Clubs in Germany were made aware that Bayern Munich bleeds like mortals. It was not to be as join league leaders Bayer Leverkusen were thrashed 1-5. A similar fate awaits TSG 1899 Hoffenheim who arrive at the Allianz Arena following the German champions 0-4 win over Benfica in the Champions League.

Sebastian Hoeness will be well aware of the tough task on his hands. His side are not the most astute at the back but are confident going forward. Die Kraichgauer has scored nine goals in their last three outings, sending five past a hapless Cologne last weekend. They would have had more confidence had they had a complete squad at their disposal and will be dejected with their preparations as five first-team members miss out

Questions About Bayern Munich vs Hoffenheim 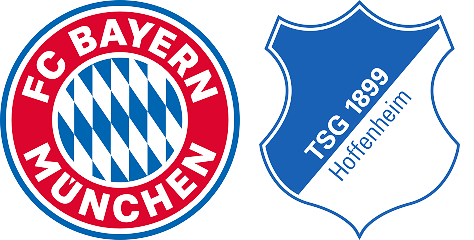