While RB Leipzig and Borussia Dortmund are busy against each other, Bayern  Munich has their toughest task of the current campaign against SC Freiburg. Entering Matchday 11, the Vultures are the only unbeaten side in Bundesliga and can shock the Bavarians.

Here are our predictions for Bayern Munich vs Freiburg.

Christian Streich's men pose the latest threat to Bayern Munich's assault on Bundesliga. We believe they will fall akin to Leverkusen, Wolfsburg and Leipzig, but concede they pose the sternest test for the champions. Julien Nagelsmann's charges play with the same beat, tiring out their rivals in the second half with their intensity. The ploy has worked with aplomb this campaign and should see them come out victors in the second half

Backing against Munich in the comforts of the Allianz Arena will be folly and we are predicting them to claim the three points on offer. The same is true for hoping for a low scoring affair in the lion's den. Bayern will pick and probe their rivals, whose defence has been impressive but should give way under pressure. Three of the last four meetings have finished with Over 3.5 total goals and we are backing a similar outcome this time around.

The common theme in matches between Bayern Munich and Freiburg has been both sides finding chinks in each other's armour and getting on the scoreboard. The last six meetings have seen them score against each other and we are predicting the trend to continue given both sides' impressive scoring form.

Bayern Munich vs Freiburg: Check out the best odds and the latest stats

Fatigue will eventually catch up with Bayern Munich but no signs of it have been observed at the moment. Bayern Munich played at home in the Champions League and another home test awaits them. Julien Nagelsmann will have a strategy for the Breisgau Brazilians and with Robert Lewandowski scoring a brace against Benfica, will be confident of its success.

A decade with Freiburg and Christian Streich has turned them into title contenders, at least 11 matches into the campaign. They are just three points adrift of the champions and with a shock victory, they can come on level terms. The Breisgau Brazilians' defence has been impeccable this season and it remains to be seem whether they can weather the Bavarian storm.

Questions About Bayern Munich vs Freiburg 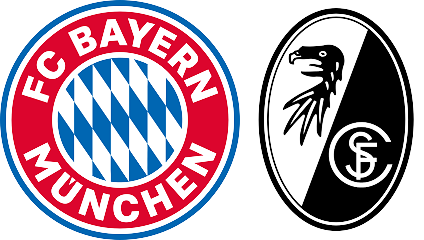 Who are the players to watch out for? Robert Lewandowski (Bayern Munich) and Vincenzo Grifo (Freiburg).