Greuther Furth became the latest casualty to Bayern  Munich's brilliance in a 1-3 defeat. The Bavarians now return their attention towards Champions League, where they host Dinamo Kyiv at the Allianz Arena on September 29.

Here are our predictions for Bayern Munich vs Dinamo Kyiv.

With the exception of their Bundesliga fixtures against Cologne and Borussia Monchengladbach, Bayern Munich have claimed the bragging rights from the get-go. The reigning German champions have outperformed their rivals to claim the points on offer and that is likely to be the scenario that plays out at the Allianz Arena on September 29. We do expect Dinamo Kyiv to resist the charge but the difference in quality is evident as day and night.

Second Half Total Goals – Over 1.5

Dinamo Kyiv has averaged three goals per match in the current edition of the Ukrainian Premier League. With 27 goals scored, they are a force to reckon with. The same goes for Bayern Munich, who have accumulated 23 strikes in six league outings. They made a mockery of Barcelona at the Camp Nou, taking the lead in the first half and completing the job with a double salvo in the second half. With both Bayern and Dinamo looking to go the distance, expect total goals to exceed Over 1.5 in the second half.

While Bayern Munich were busy destroying Barcelona's ambitions, Dinamo Kyiv held Benfica to a goalless draw. It was their only shut out campaign and the Ukrainian champions will not want a repeat of the same as they travel to the Allianz Arena. Three of their last five engagements with the Bavarian giants saw both sides add to their tallies and we expect that trend to continue as they renew hostilities after 18 years.

Bayern Munich vs Dinamo Kyiv: Check out the best odds and the latest stats

Bayern Munich vs Dinamo Kyiv Preview: David travels to Allianz Arena to face-off against the Goliath

If preseason results were to be believed, Bayern Munich were to have a torrid time under Julien Nagelsman. It has not transpired as German and European rivals would have hoped for, as the Bavarians are on an eight-match winning streak across all competitions. Greuther Furth were their latest victims and Dinamo Kyiv are in line to be their latest. Bayern Munich remains indefatigable and with Robert Lewandowski firing on all cylinders, look unlikely to be stopped. 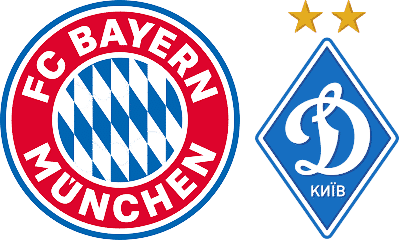