Legendary Liverpool manager Bill Shankly once famously uttered that football is much, much more important than life and death. But while millions of us follow the beautiful game religiously, the sport has a tendency to serve timely reminders that some things in the world hold greater significance than 22 superstars kicking a ball.

The Anfield club know this better than most due to the respective tragedies of Hillsborough and Heysel. Meanwhile, last month’s harrowing loss of 71 lives during the Chapecoense air disaster is yet another sobering episode that rubbishes Shankly’s iconic quote. Devastation isn’t always derived directly from club matters, though; external influences can shift the goalposts overnight, which is something Shakhtar Donetsk discovered in brutal fashion just over two-and-a-half years ago.

Shakhtar is a proud club, and one of European football’s great success stories of the 21st century. It’s an institution that only won its first Ukrainian Premier League in 2001-02, but has since added a further eight trophies to establish itself as a genuine powerhouse worthy of fighting Dynamo Kiev for domestic dominance. In 2008-09, the Miners became the first Ukrainian club to lift a European trophy since it gained independence – Dynamo had previously won the Cup Winners’ Cup as part of the Soviet Union – by winning the last-ever UEFA Cup before being replaced by the Europa League.

Progress on the pitch was mirrored by growth off it too. The opening of the 52,000-seater Donbass Arena in 2009 signalled another major milestone for the club, and the Donbass region as a whole. Bankrolled by the mega-rich Rinat Akhmetov, the club’s Kirsha Training Centre was transformed into a state-of-the-art facility that established Shakhtar as the envy of eastern Europe. The trophies were the deserved rewards stemmed from a labour of love. It’s a love that, for years, had pumped through every corner of the city.

Technological and communicational evolution has turned football into a truly global game, but the underlying tones of tribalism still remain. A town’s football team is very much a symbol of its people and culture; Shakhtar certainly fulfilled that role in Donetsk, and the club even delayed the opening of its UEFA Category four stadium to coincide with Miners Day in yet another showing of solidarity with its uber passionate following. 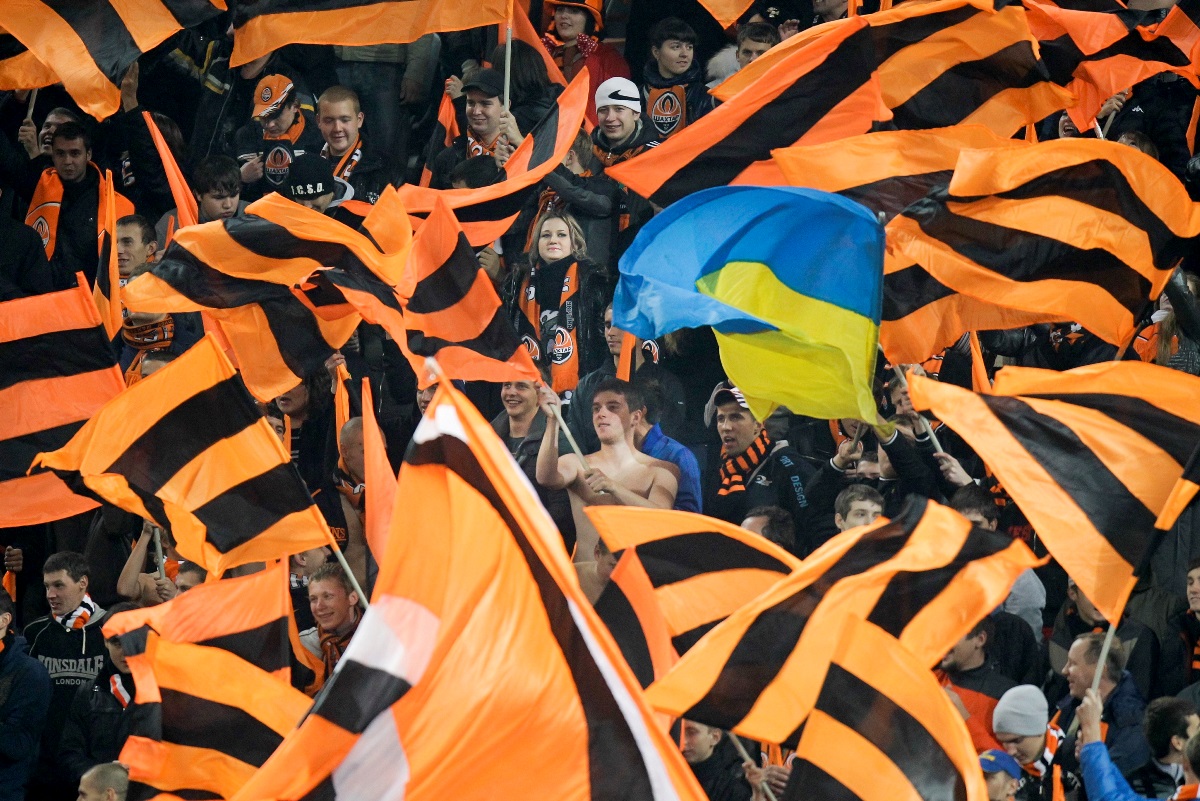 Shakhtar’s success essentially put Donetsk on the sporting map while the Donbass Arena’s status as a host venue at Euro 2012 added further spotlight to the club, city, and country and a whole – I attended both England games at the stadium and was wowed by the whole place, not least the stadium. A fifth consecutive league title in 2013-14 cemented the club’s place at the nation’s modern powerhouse. Sadly, what should have been a jubilant time for the entire city was one of mass fear and panic as war broke out in the troubled region.

Life is a fragile gift that can be shattered in an instant; for the players, staff, and fans of Shakhtar Donetsk, that fateful moment came on May 16th  2014. As per the Guardian, club captain Dario Srna explained: “We were told we had to leave quickly. I didn’t take anything from my home. We just took the two cars. My shirts are still hanging up in the wardrobe.”

As 2017 approaches, the Miners have yet to return; continued struggles and political prevarications stipulate that it could still be a significant period of time before they do.

Shakhtar weren’t the only club to feel the force of political developments. The city’s two smaller clubs, FC Olimpik and Metalurh, consequently moved to the capital of Kiev while the latter eventually filed for bankruptcy. Naturally, though, all eyes have been on the nine-time champions.

Like Olimpik and Metalurh, Shakhtar moved headquarters over 700km west to the capital. Despite training in Kiev, though, the club has spent the last two-and-a-half seasons playing in Lviv, a further 500km away. The travel alone make it a far from enviable situation; facing it while essentially homeless has amplified the troubles tenfold. Even for a group of wealthy international footballers, those unique circumstances have understandably taken a toll on every facet of life, including on-field performances.

The club managed to add more silverware by lifting the Ukrainian Super Cup, winning the season’s curtain-raiser against Dynamo Kiev in their new home. However, after five consecutive title victories, the effects of the move saw Shakhtar surrender their crown in 2014-15. Tellingly, the ten-point gap to their arch rivals underlined the severity of those impacts.

Players, coaches, and senior club officials all attributed the disappointing season to the same source. Meanwhile, the combination of politics back in Donetsk and a distance of over 1,000km virtually prevented fans from following their heroes. An average attendance of under 13,000, a figure that itself is noticeably inflated thanks to large crowds against Dynamo and Dnipro Dnipropetrovsk, signalled a far cry from the warmth and adulation of life at the Donbass Arena. In fact, some matches were seen by fewer than 1,000 paying spectators.

Shakhtar had lost its home, the welcoming feelings of its city, and a large chunk of its identity. The summer of 2015 additionally saw longstanding manager Mircea Lucescu lose several key players too. Star midfielder Douglas Costa joined Bundesliga giants Bayern Munich while fellow Brazilians Fernando and Luiz Adriano left for Serie A. The sale of Alex Teixeira to China in February 2016 took the season’s transfer revenue close to €100million. However, the only significant addition came via the re-signing of Eduardo da Silva just one year after selling the striker to Flamengo – the former Arsenal man’s departure on Christmas Eve is simply the latest episode in an extended period of inconsistency and precariousness. 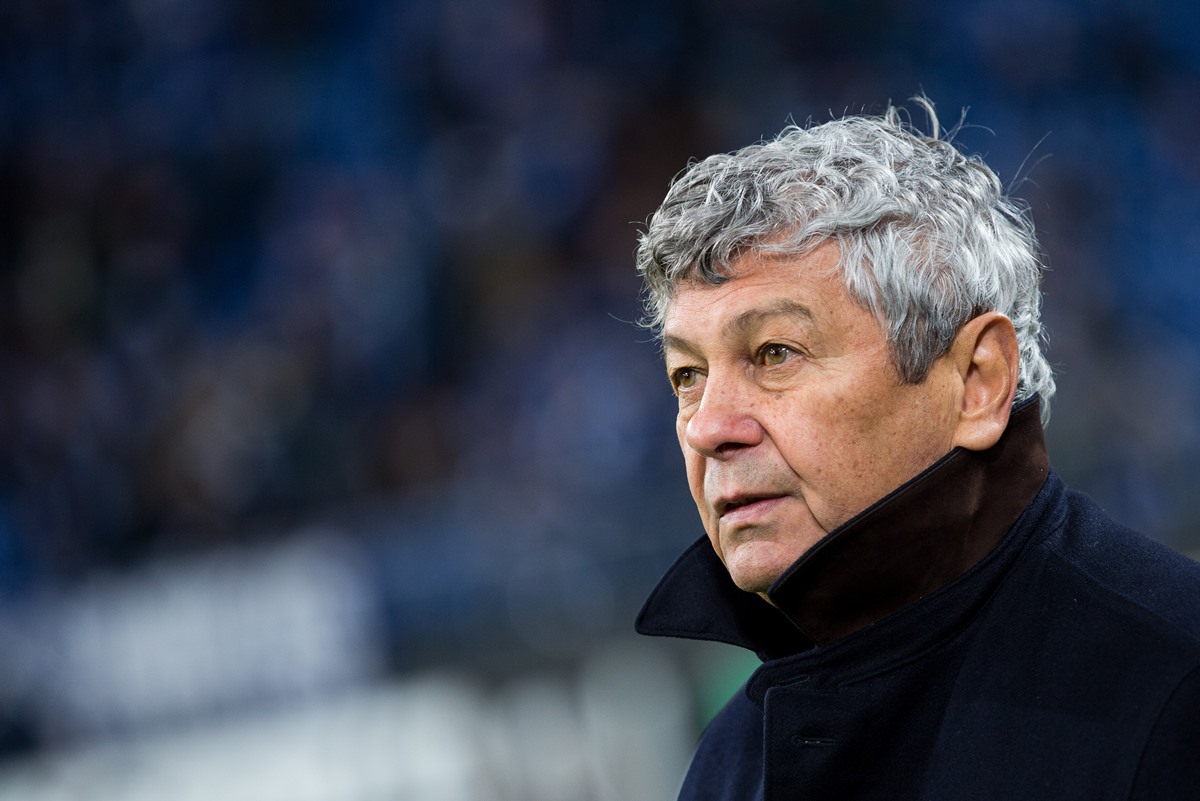 Facing such adversity could have easily brought the club to its knees but a spirited bunch, of which their captain is the living embodiment, fought on. While football clearly paled in comparison to civil movements, the escapism offered by the sport had reached a level of importance unseen for generations. While a team still trying to fill the voids left by those sales couldn’t snatch the Ukrainian Premier League back from the clutches of Dynamo, they did register an additional seven points. More importantly, a run to the Europa League semi-final signalled a major achievement under the circumstances, even if they couldn’t stop from Sevilla as the Spaniards edged towards what would become their third straight glory.

Shakhtar still managed silverware, though, and not only in the form of the domestic Super Cup. After 12 immensely successful years at the helm, Lucescu delivered a tenth Ukrainian Cup – a parting gift befitting the greatest coach in the club’s history.

Lucescu’s departure for Zenit St Petersburg confirmed the end of an era but, perhaps more than any other club in recent times, Shakhtar knows that football never stops. Paulo Fonseca was appointed as manager, and the Miners set about regaining their place at the summit of Ukrainian football once more.

The city of Donetsk has gained some stability thanks to a second ceasefire being announced in September, providing a glimmer of hope regarding the return of its sporting heroes. While the board faces a long and testing road before that dream materialises, it’s a thought that drives the club on at every turn. 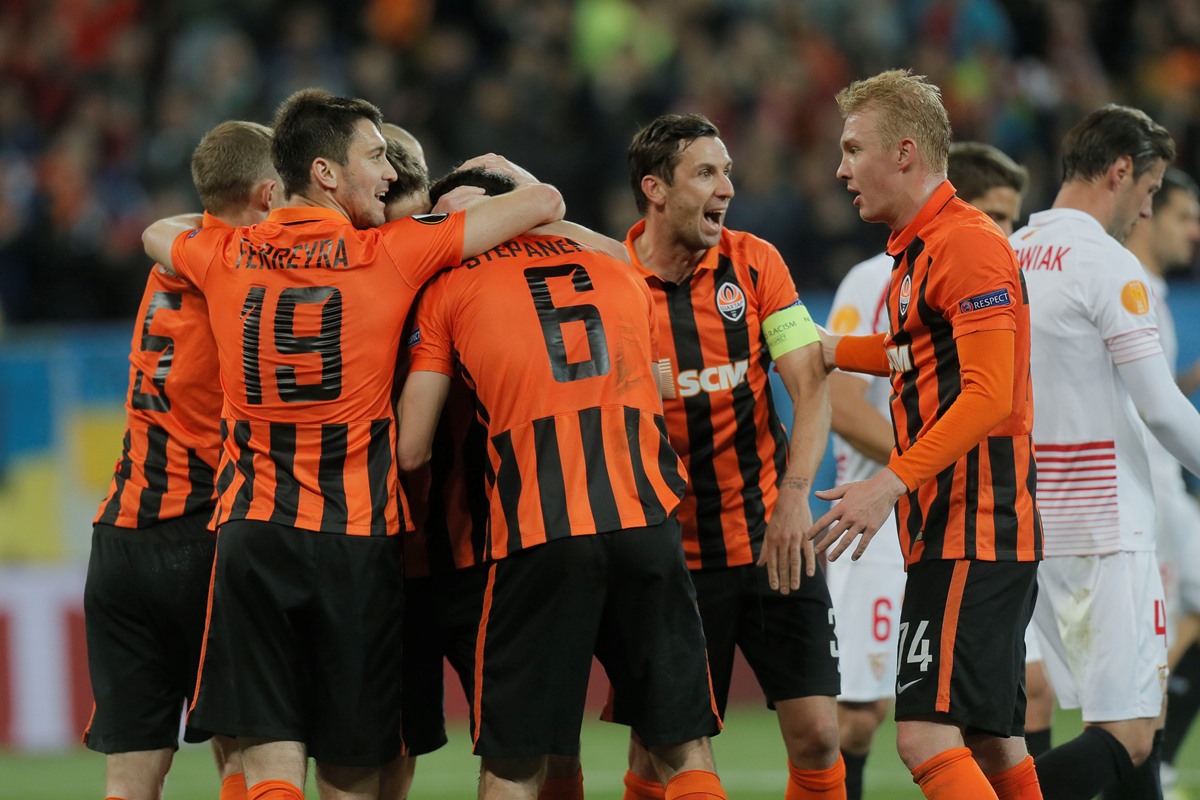 On the pitch, Shakhtar are flying. A 4-3 win in Kiev in their final game of 2016 sees them 13 points clear as they race towards a magical tenth Premier League crown. In Europe, the club will face Celta Vigo in the last 32 of the Europa League and is highly fancied to go deep into the competition. Under normal circumstances, their progress under new management would be considered fantastic, let alone the fact that they’ve had to deal with such uncertainty.

Donetsk’s residents can still take pride in their team and its stars; in spite of the geographical separation, football remains one of the few uniting features. Those sentiments were echoed once again earlier this month as their seasoned skipper, Srna, resisted the temptation of Barcelona to pledge his continued commitment to the club. That single gesture should keep the team on track to hit its seasonal objectives regardless of what else develops over the January transfer window.

If they do reclaim the title as expected, it will be their most rewarding of all.