Yet, last week, the Belgian penned a one-year extension to his contract at Selhurst Park, taking him through to the summer of 2021.

The news came as a surprise. Benteke has been a flop in South London, failing miserably to build on the 15 Premier League strikes he managed in his maiden season with Palace.

Speaking to the club’s website after new deals for the Belgian and centre-back James Tomkins were agreed, Eagles chairman Steve Parish span the usual guff about rewarding performances.

“These new deals show that we recognise their levels of performance in recent seasons, that we believe in both players, and that they are hugely motivated by the direction the club is heading,” Parish said. 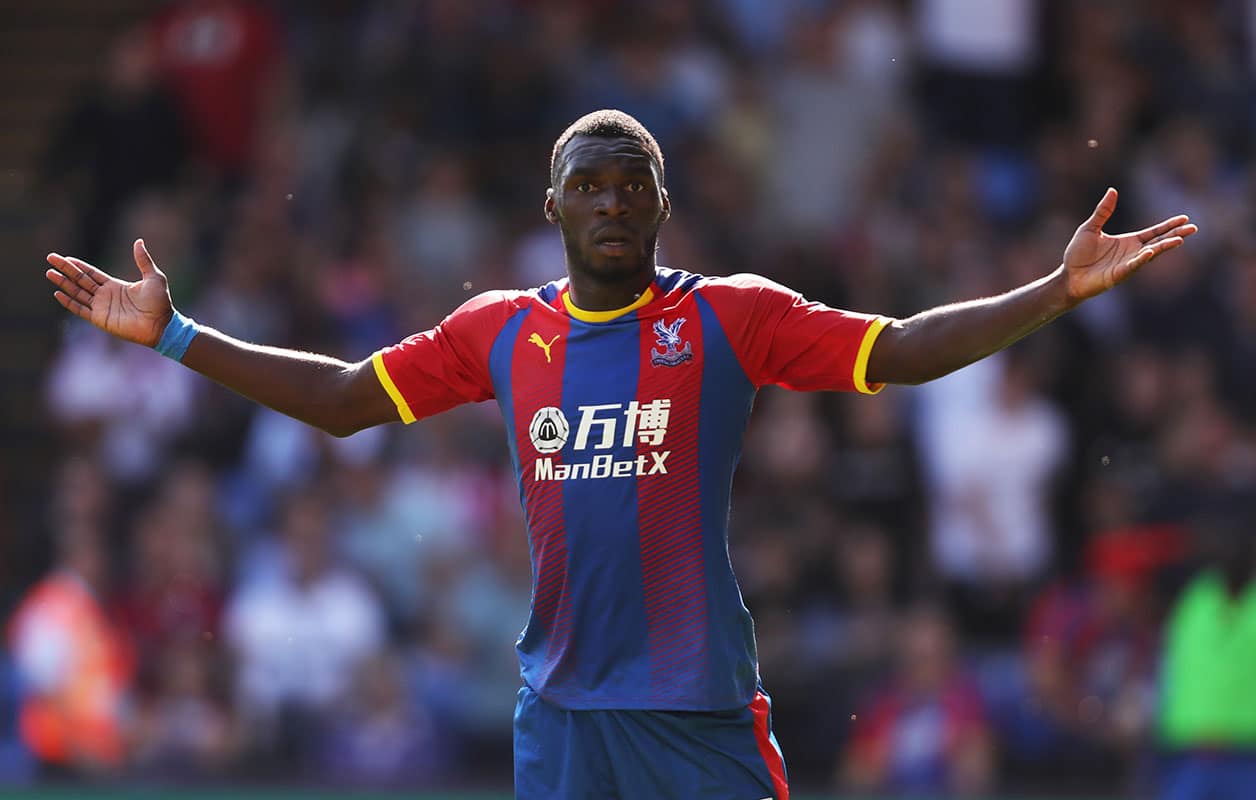 The reality is Benteke cost the South Londoners £27million when he joined from Liverpool in 2016. That is a figure which, even in the age of earning £100million for getting relegated, Crystal Palace cannot afford to write off.

Giving Benteke a new deal is about protecting the value of their asset, rather than risking him leaving for nothing. A new striker is still very much at the top of Roy Hodgson’s shopping list and, by this stage, probably underlined and circled in red.

In the last week alone the Eagles have been linked with Michy Batshuayi, who spent the second half of last season on loan in SE25, out-of-favour Chelsea forward Olivier Giroud and Rangers hitman Alfredo Morelos.

But who should Crystal Palace put their chips on? We’ve taken a closer look… 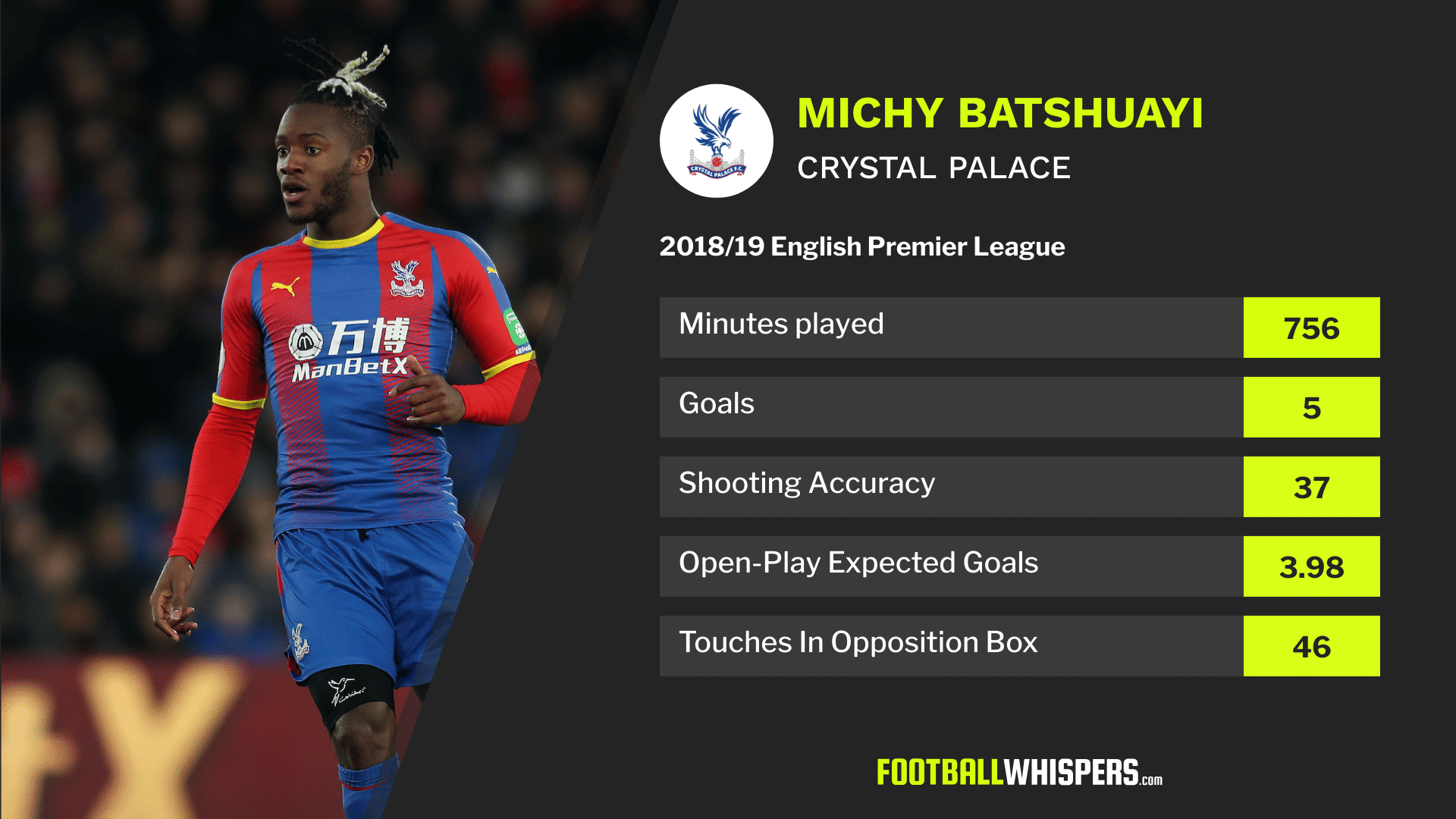 The Belgian is a known entity at Selhurst Park after netting five times in nine starts while on loan last season. It’s worth noting, however, that three of those came in the final two rather meaningless games of the season.

Batshuayi finds himself third-choice at Stamford Bridge with Tammy Abraham and another Palace target, Giroud, ahead of him in the pecking order. He’s netted six times in eight outings for club and country this season but five of those have come against San Marino, Kazakhstan and Grimsby Town.

Batshuayi would typically be categorised as a poacher – an old-school No.9. There’s not much nuance to his game; he is a clinical finisher inside the penalty area. Just don’t expect him to create chances for himself – or others – or drop off and get involved in the build-up player. Since arriving in England three years ago he’s scored one Premier League goal from outside the penalty area and provided three assists.

However, that might not be too much of a problem. With Wilfried Zaha and Andros Townsend the supply lines, a striker who’s ice-cool inside the penalty area is just what the Eagles need.

At 26, Batshuayi is at a crossroads in his career. With Frank Lampard putting his faith in Abraham – and being duly rewarded – his first-team chances are incredibly slim. Having also spent time away on loan at Borussia Dortmund and Valencia, he needs to leave for good. The only question is how much of a loss Chelsea would accept on a player who cost £33million in 2016. 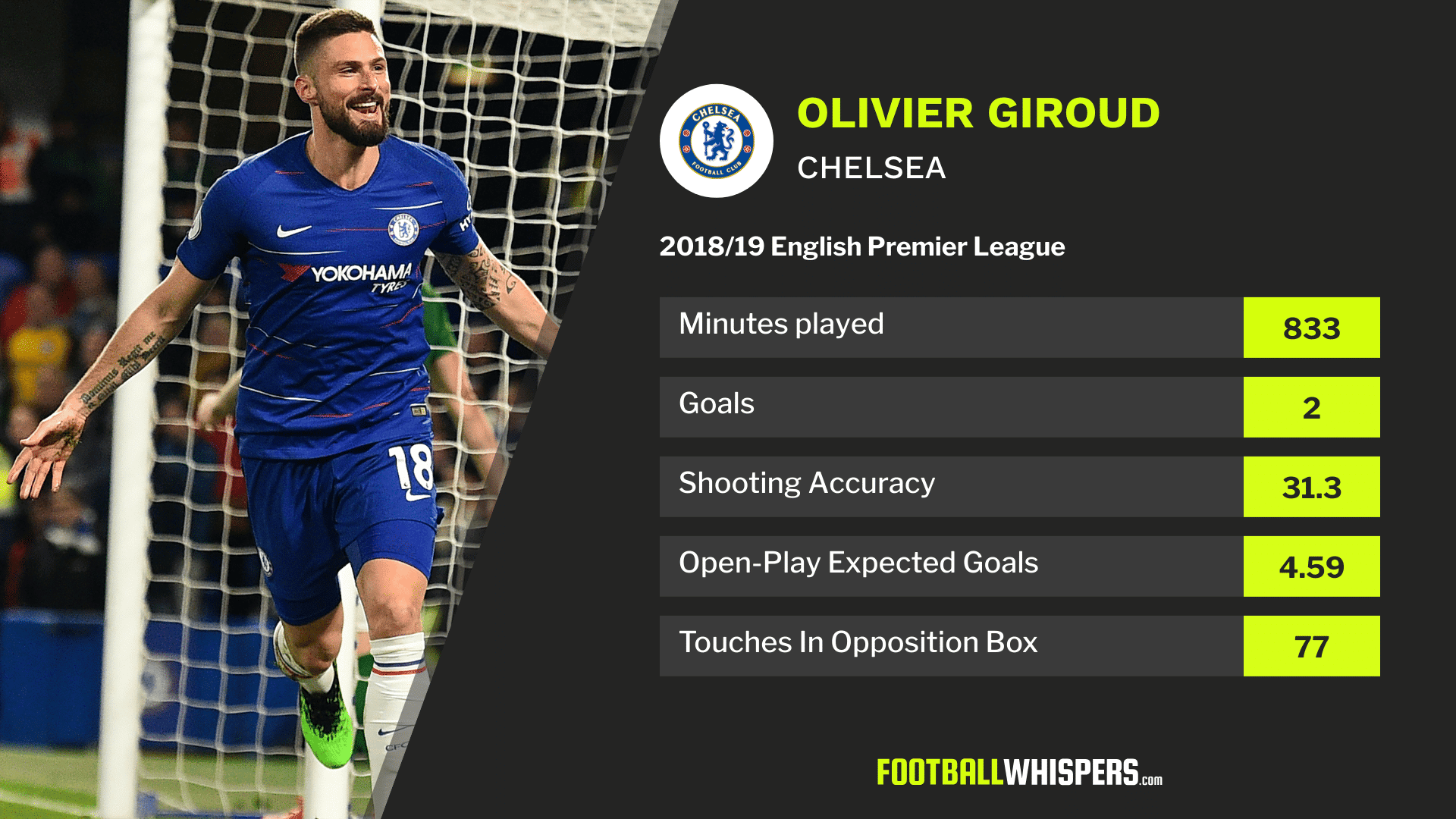 It’s clear the Frenchman’s time at Chelsea is also coming to an end. At 33 he has been replaced by a younger, faster model with Abraham taking and then making the No.9 shirt at Stamford Bridge his own.

Speaking while on international duty with France this week, Giroud said: “If you ask me if I want to leave, not necessarily. But there are things that will make…I cannot settle for what I have today in Chelsea.”

The ever-diplomatic Lampard was quick to downplay matters, saying: “I love his professionalism. He was bang on when he spoke to me and with his quotes when he was away with France. He shouldn’t be happy and accept not playing. That’s what good players do.”

Despite his record of 78 goals in 228 Premier League outings and 38 in 95 for Les Bleus, Giroud has never been able to shake the suspicion he is a better impact player than starter. Since trading Arsenal for Chelsea in January 2018, the striker has made 29 of his 43 appearances as a substitute.

And there’s a case to be made that he is not what Palace need. A brilliant hold-up player who uses every inch of his 6ft 4ins frame to great effect, Giroud is intelligent, selfless and good in the air – the opposite to club-mate Batshuayi.

He scores a wide variety of goals; headers, tap-ins and even spectacular volleys – recall his so-called scorpion kick against Palace in 2017 – but at 33 and in a similar mould to Benteke, it’s hard to make a case for Giroud, regardless of his talent. 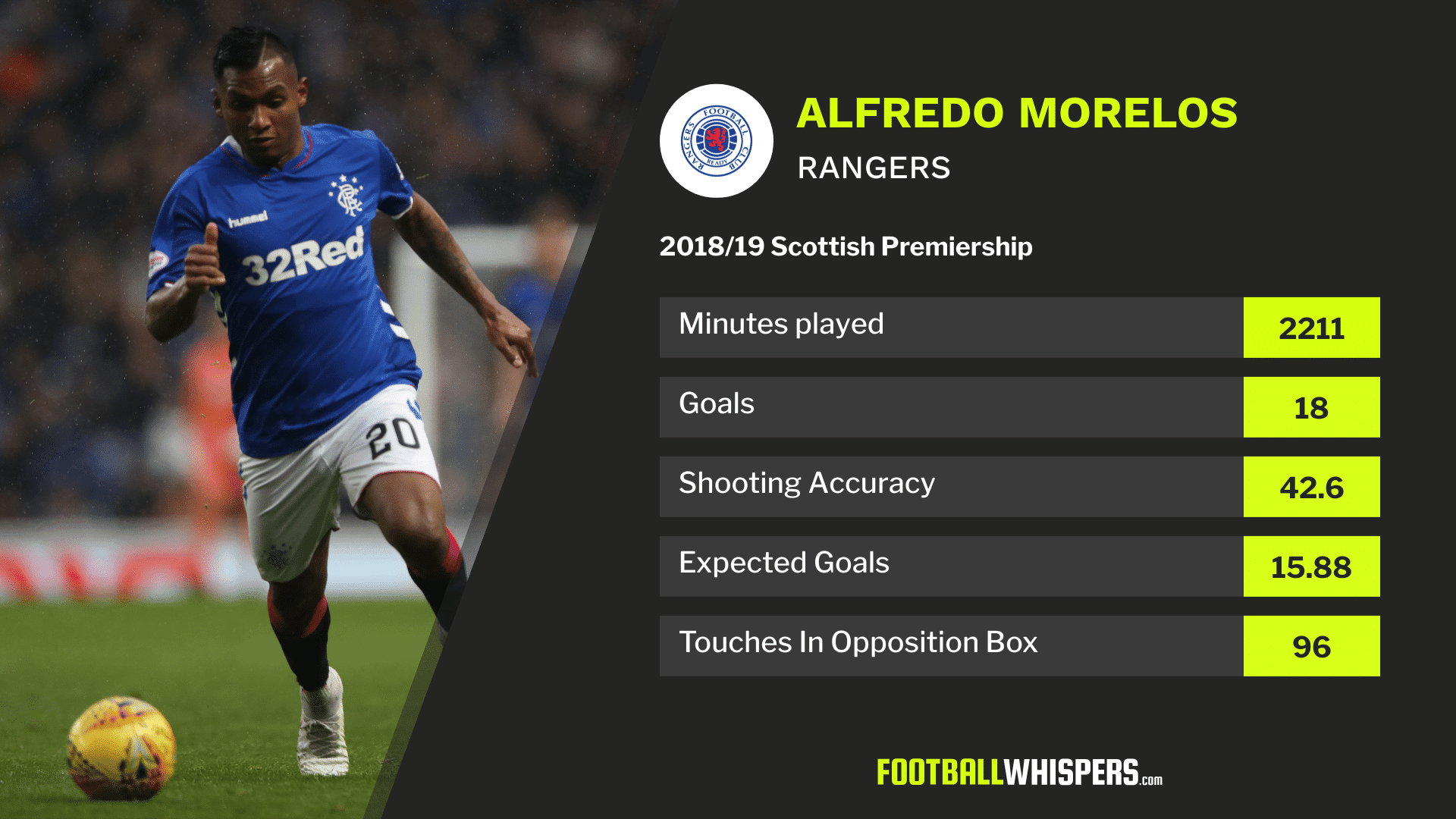 The Colombian crackerjack would be the biggest risk of the trio on the basis his CV incorporates only spells in South America, Finland and Scotland but he could also be the most exciting of the trio.

Linked with Aston Villa again recently after a failed switch in the summer, the Rangers striker has shown no sign of disappointment at failing to secure a move to the Premier League, taking his tally to 38 goals in just 61 Scottish Premiership starts.

Explosive, pacey and lethal in front of goal, Morelos has been rewarded with his first two starts for Los Cafeteros this year and a move to a major league seems the natural progression for a player who has conquered Scottish football – even if the title remains elusive.

A reported asking price of more than £20million means Morelos is obtainable for Palace and even that fee shouldn’t be considered too much of a risk given the club’s relative wealth as a member of the Premier League elite.

Nicknamed ‘El Bufalo’ thanks to his rambunctious, all-action style, Morelos was watched in person by Palace sporting director Dougie Freedman at the weekend. The Scot ought to know a striker as a Selhurst hero during his playing days.

The one blot on Morelos’ record is disciplinary. Last season he was sent off three times and earned ten bookings for Steven Gerrard’s side. But he looks to have learned his lesson and has been cautioned just once this season. A gamble, but one worth taking.