The January signing of Michy Batshuayi from Chelsea hasn't been a cure-all solution for Crystal Palace. Roy Hodgson's side, currently 14th in the Premier League and just five points above the drop zone, are far from assured of their continued top-flight status.

But the Eagles had been crying out for a reliable striker for some time, with Christian Benteke having lost all confidence in front of goal.

While Batshuayi's arrival at Selhurst Park may not have dramatically improved the club's fortunes, Palace have managed to record three victories in the Belgian's six appearances to date and are finally beginning to find the net on a regular basis.

In fact, as the below graphic illustrates, Palace haven't failed to score in a league game since the turn of the year, and their scoring rate has improved yet further since Batshuayi's debut in early February.

In the 24 Premier League fixtures Palace played before Batshuayi's loan signing from Chelsea, they were averaging one goal per game; with the former Marseille man on board, they have scored 12 goals in six games. 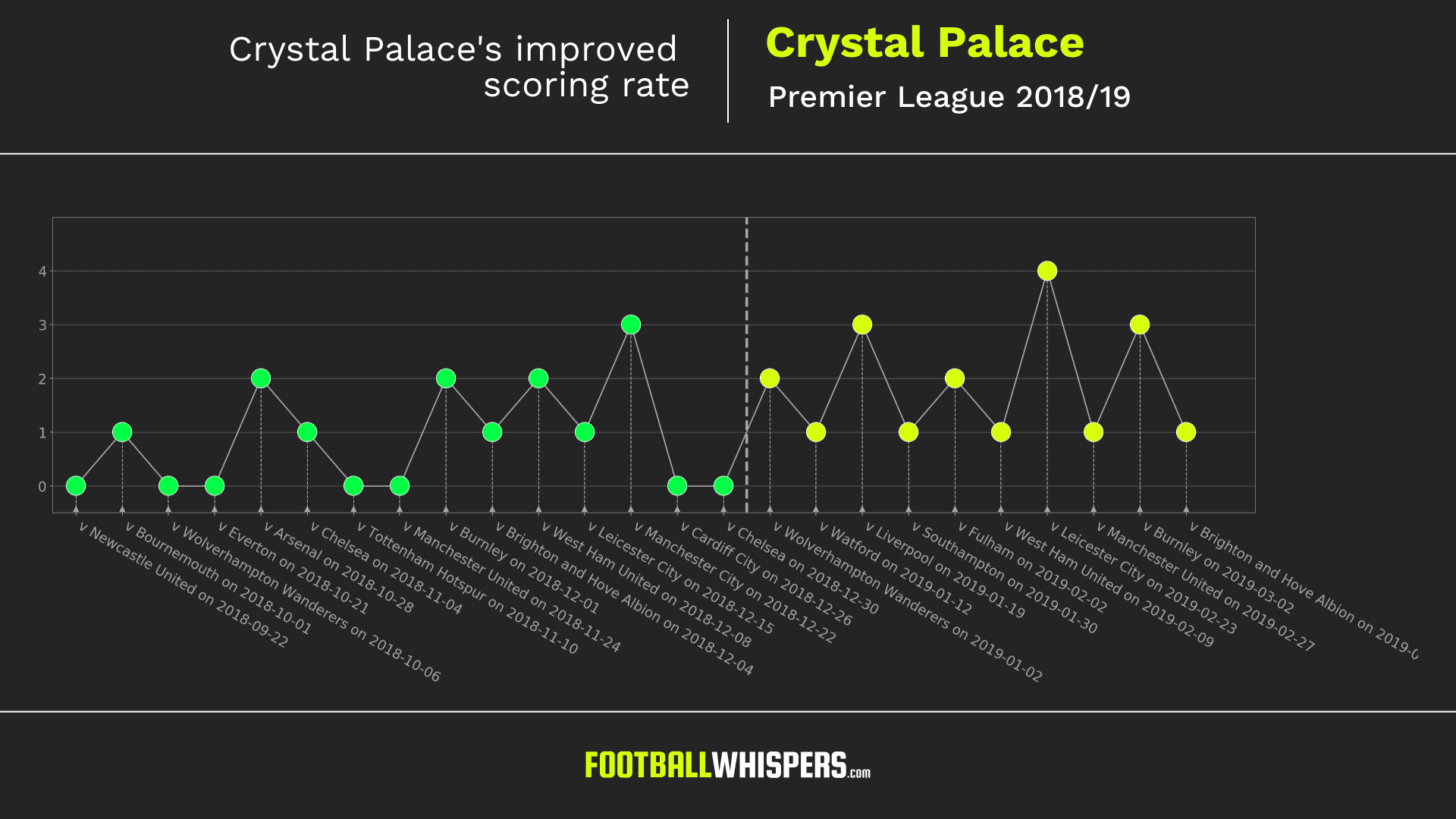 Although Batshuayi was only directly responsible for three of those strikes, the presence of a potent centre-forward at the point of Palace's attack has made them a much more fearsome proposition than previously.

Creating chances has never been a problem for Palace, who, in Andros Townsend and Jeffrey Schlupp, have old-fashioned wingers who specialise in delivering a regular stream of crosses.

And in Wilfried Zaha, Palace possess arguably the best and most creative attacking player outside of the Premier League's top six, a forward with the versatility to play on either flank or centrally alongside a striker.

Were Palace better able to convert the chances they have created throughout the season, they would not be so close to the bottom end of the table. Indeed, they rank tenth in the division for total expected goals this season, with 44.36, but they have only scored 36 times.

In Batshuayi, they not only have someone capable of dispatching the chances they create, but also a capable foil for Zaha. 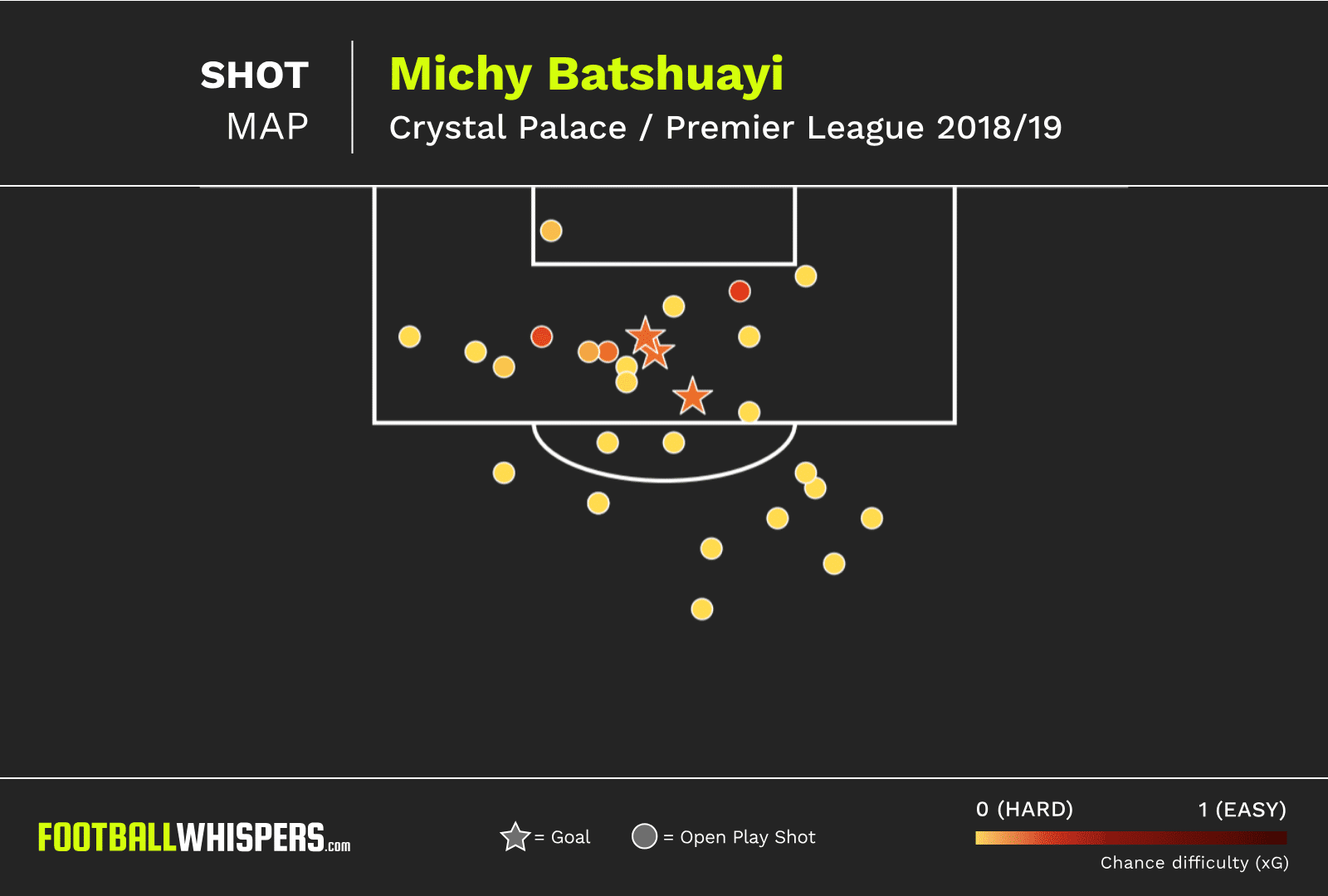 Since the final game in January, a 1-1 draw with Southampton in which he was also sent off, Zaha has scored five goals, whereas he'd only scored three for the entire campaign before that point.

In that time, the Ivory Coast international's average for expected goals per 90 has jumped up to 0.38, compared to just 0.13 before that.

Batshuayi's mere presence, it seems, is occupying opposition defenders more effectively than his predecessors in the role, freeing Zaha up, who had previously been the main focus of Palace's opponents.

Back on form and among the goals, if Palace hope to keep Zaha beyond the summer, when interest in the 26-year-old will surely be high once again, they must continue to unburden him in the way Batshuayi's signing has of late.