“I really wish that I could have done more for you, but it was time for me to make a change.”

In that one sentence, as he addressed Manchester United’s fans via a short social media video, Bastian Schweinsteiger encapsulated the disappointment, sadness and regret of his 20-month Old Trafford career.

The former German international has agreed a move to Major League Soccer outfit Chicago Fire, a deal that was mooted back in November after the player was spotted dining with the club’s coach, Veljko Paunović. United have reportedly agreed to let Schweinsteiger go now, rather than at the end of the season, for fear that there will be no other offers on the table come summer.

Thanks to all fans, the whole staff and my teammates of @ManUtd! I will never forget my time with the club, but now it’s time for a change! pic.twitter.com/zYn2o5Cjsk

It all seems a far cry from the excitement and anticipation that greeted his arrival in Manchester. United had been lacking leadership and organisation in the centre of midfield since Roy Keane’s left in 2005, and, although 31 at the time, the addition of Schweinsteiger looked like the perfect antidote – a high-calibre, experienced head to offer stability as the club attempted to mount a recovery from the post-Ferguson collapse.

The fact that Louis van Gaal was in charge at the time also appeared to bode well for the move. The Dutch tactician was the man responsible for transforming Schweinsteiger from a cocky and inconsistent winger into one of world football’s finest midfield anchor men during his time at the Allianz Arena.

At £6million, it seemed as though the Red Devils had got themselves a bargain too, but the unusually small fee should have set off an alarm bell or two. Bayern Munich are arguably the most savvy and well-run elite club in Europe – they don’t make too many mistakes in the transfer market; if the Bundesliga giants are selling a player for little return, there is usually a very good reason for them doing so.

Once the giddiness of seeing the World Cup winner, who was once a scorer for Bayern against United in a Champions League tie at Old Trafford, trotting out in the famous red shirt, it soon became apparent that he was no longer the driving midfield presence of old.

A string of serious ankle problems had taken an almighty toll on Schweinsteiger’s mobility and, though still technically sound and positionally responsible, he was not able to cover ground with the same verve and snap as he had in his pomp.

There were bright moments during his first season in the Premier League: a fine performance away to Leicester City was capped with a goal, while his tenacity and will to win saw him force an own goal to snatch three points against Watford at Vicarage Road.

But more common was the type of pedestrian display which clearly signalled that Schweinsteiger’s best days were long in the past. In the 3-0 defeat to Arsenal in October 2015, he looked painfully slow as an unusually dynamic Gunners midfield tore United to shreds. The fact that the German had been instructed to press the opposition high up the field by van Gaal only exacerbated the issue, as Wenger’s men continually and easily bypassed the former Bayern man. 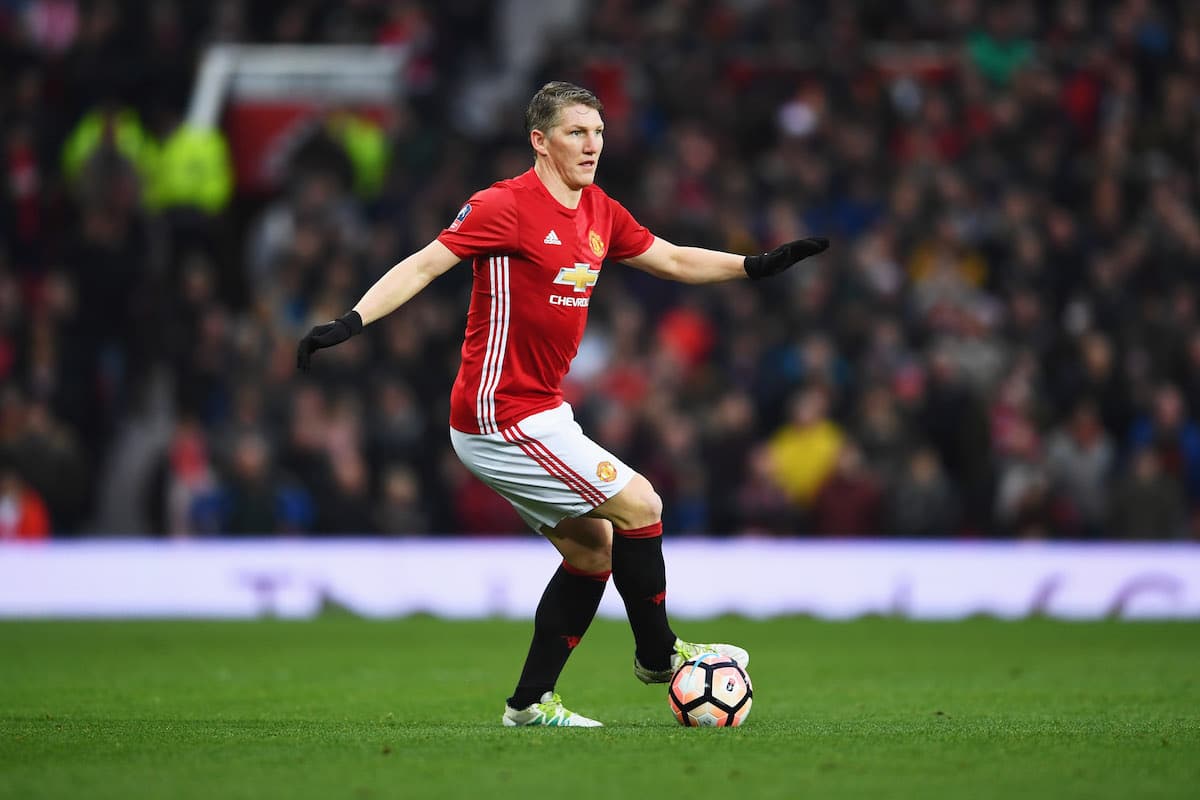 His first season at Old Trafford was over by March, when injury struck again and threatened his participation at that summer’s European Championship, which was to be his international swansong.

Schweinsteiger made it to the tournament in France, though, captaining Germany on their run to the semi-final. When he returned to United he found himself exiled and ostracised by new manger José Mourinho.

The Portuguese coach deemed the veteran midfielder surplus to requirements and was hoping to be able to move him on in order to ease the club’s wage bill. After bringing in Zlatan Ibrahimović and Paul Pogba on hefty contracts, Mourinho, no doubt with a nudge from upstairs, was keen to relieve the club of Schweinsteiger’s reported £250,000 per week.

There were no takers in the summer and the German made clear his intention to fight to regain his position in the team. Forced to train with the under-23 side, Mourinho’s treatment of the player was seen as harsh, and earned Schweinsteiger sympathy within the fan base, who greeted his return to first-team action with rapturous applause when he trotted on in the closing minutes against West Ham United at Old Trafford on November 30, his first appearance of the season.

Schweinsteiger would only play three more times for United, with his final outing for the club being just under half an hour of action in the second leg of the Europa League knockout tie against Saint-Étienne. His only start this term was against Wigan Athletic in the third round of the FA Cup, in which he scored an overhead kick and provided an assist in a 4-0 win.

“I believe and I’m sure that José Mourinho will bring back the trophies to Manchester United soon,” Schweinsteiger said in his farewell video posted to Twitter, showing no signs of any hard feelings. “I wish you all the best. Thank you very much and goodbye.”

All the best, Bastian. ? #MUFC pic.twitter.com/XKSUA6XJO2

With that, the 32-year-old has had the final word on his Old Trafford career, exuding the kind of grace and class which, on the pitch, once marked him out as one of the very best in the world in his position.

Sadly, Schweinsteiger’s short time with United will be remembered as a grand disappointment, as the effects of hundreds of top-level games robbed him, the Red Devils and their fans of what could have been a wonderful bookend to a stellar career.

At anywhere near his peak, Schweinsteiger would have been the perfect linchpin in the United midfield in every way: commanding, powerful, technically gifted and inspiring. But, just 35 appearances and two goals later, it's clear that he is no longer that player, as Bayern and Pep Guardiola knew all too well in the summer of 2015.

A move which promised so much, but delivered crushingly little.