The reemergence of Glasgow Rangers has seemed to have awakened Scottish football over the course of this season. Mark Warburton's side were realistically not expected to push their rivals Celtic for the SPL title during their first season back in the top flight, but, their mere presence and the return of the Old Firm derby has diverted attention back onto Scottish football. And, their rise has also coincided with the arrival of a rather special young Scottish talent. Introducing Barrie McKay.

The precocious 22-year-old has been a revelation for Rangers this season and, as a result, the Scotland international has attracted interest from Bundesliga high-flyers RB Leipzig. McKay featured in Rangers' recent 4-0 winter break friendly defeat to Leipzig and has since been linked with a shock move to the German side. 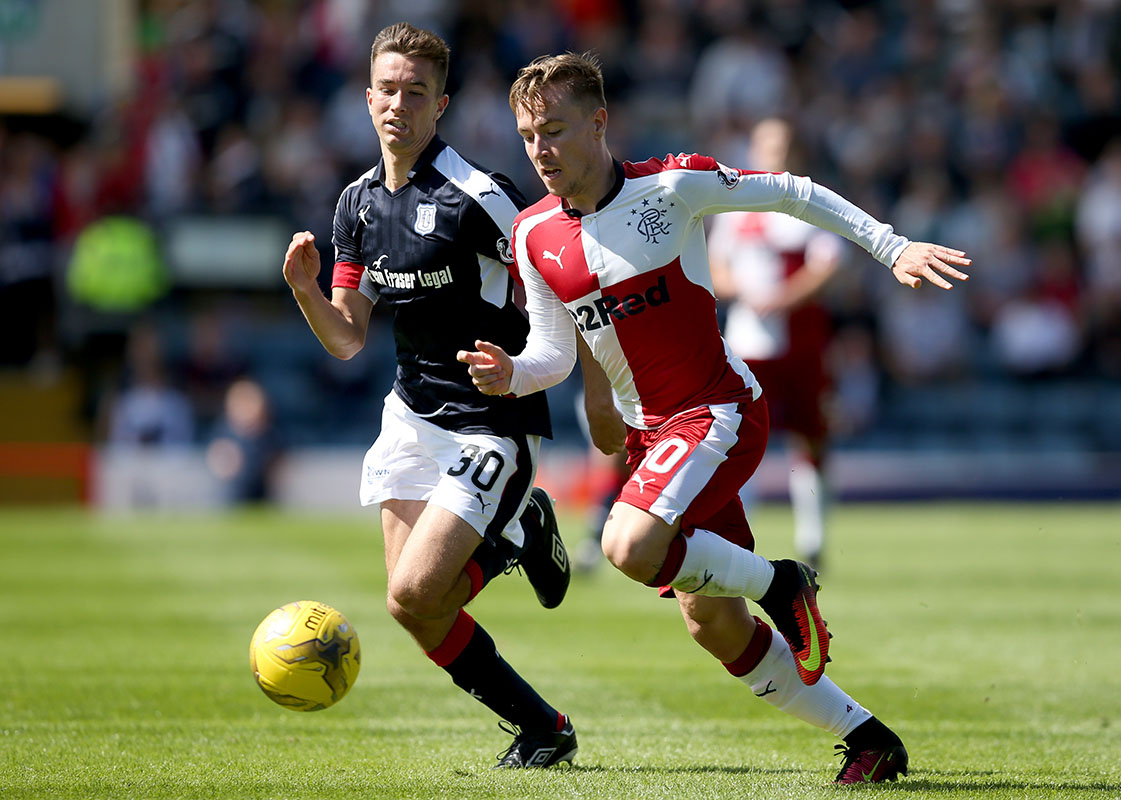 McKay, whose current deal runs out next summer, could be tempted with a move to the Bundesliga and the prospect of guaranteed Champions League football next season. However, after his electric start to the season, Mark Warburton will be desperate to keep one of his most coveted players for the second half of the season. The question is can Rangers afford to lose McKay if they are to reach of the summit of Scottish football for the first time since 2011?

How valuable is he to Rangers?

Barrie McKay has proved already this season just how integral he is to the Rangers cause. The flying winger has adjusted to life in the Scottish top flight seamlessly and shown on countless occasions that he is a potential match winner. McKay, who has scored twice and claimed three assists this season, was voted in the PFA Team of the Year as Rangers gained promotion last campaign and, as a result, earned his first international call-up for Scotland against France in June.

There is no doubt that the Blues winger is a huge prospect for the future on the domestic and international stage. If Rangers are to become a dominant force in Scotland again, they cannot afford to lose McKay. The Scotland winger is not only already the pick of Rangers' attacking options but he almost certainly has the potential to go down as one of the club's all time greats. As Rangers continue to rebuild in top flight, McKay is the type of talent that Warburton will be keen to shape his team around. The title race may have gotten away from them this season, but McKay could play a huge role in bringing the title back to Ibrox next season. 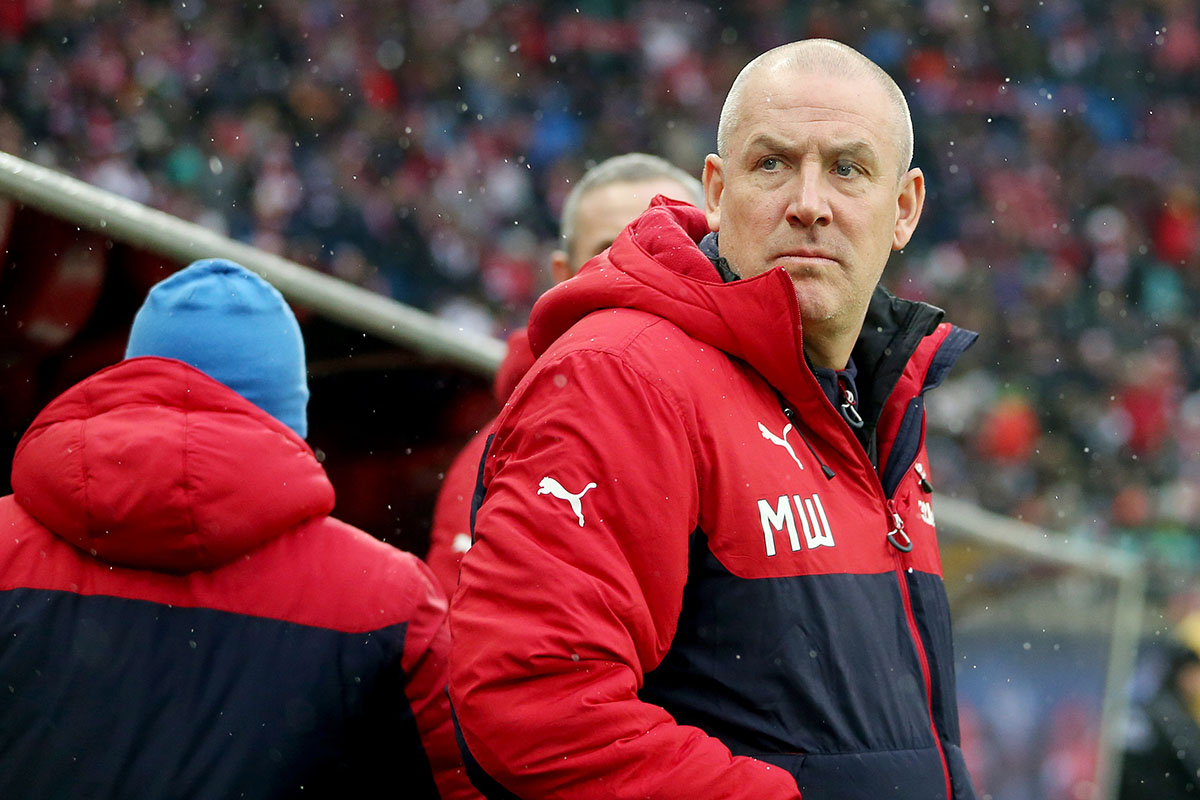 Can they catch Celtic without him?

Although Rangers have been beaten by Celtic on three occasions since their return to the top flight, Mark Warburton will be encouraged by their improved displays against their rivals since their 5-1 thrashing at Parkhead. Celtic have kicked on under Brendan Rodgers and have reasserted their stranglehold over Scottish football by all but winning the SPL title before the winter break. But, for all of the young talent Rodgers has at his disposal, not many in the Celtic ranks are brimming with McKay's level of ability.

After scoring a superb equaliser in Rangers' Scottish Cup final triumph over Celtic last season, McKay has continued to his fine form over Rangers' Old Firm rivals and was probably the Man of the Match in their tight 2-1 league defeat to the Bhoys at Ibrox at New Years Eve. Arguably, McKay is the only Rangers player that would get into the Celtic side on current form. So, with that in mind, if Rangers are to truly compete with Celtic for Scottish football's major honours they need to have players, like McKay, who have similar pedigree to the champions.

McKay may be tempted by a move to the Bundesliga but Rangers will be hoping that the skilful winger will at least honour the remaining 18 months on his contract. Rangers know just how valuable McKay is and will be very reluctant to let him leave the club for a measly £6million. In a transfer market where Brentford's Scott Hogan is valued at £15million, Rangers will argue that McKay is worth at least around that mark.

The Scottish Sun understands that Rangers are planning to offer a new deal which should be able to compete with RB Leipzig who are not the biggest payers in European football. Leipzig currently have a salary cap in place but are hoping to scrap it in the coming years in an attempt to compete with Germany's biggest clubs.

However, RB Leipzig, who are owned by drinks franchise Red Bull, have already broken the Scottish transfer record for Oliver Burke and may have to do same for McKay if they are to force Rangers to sell. 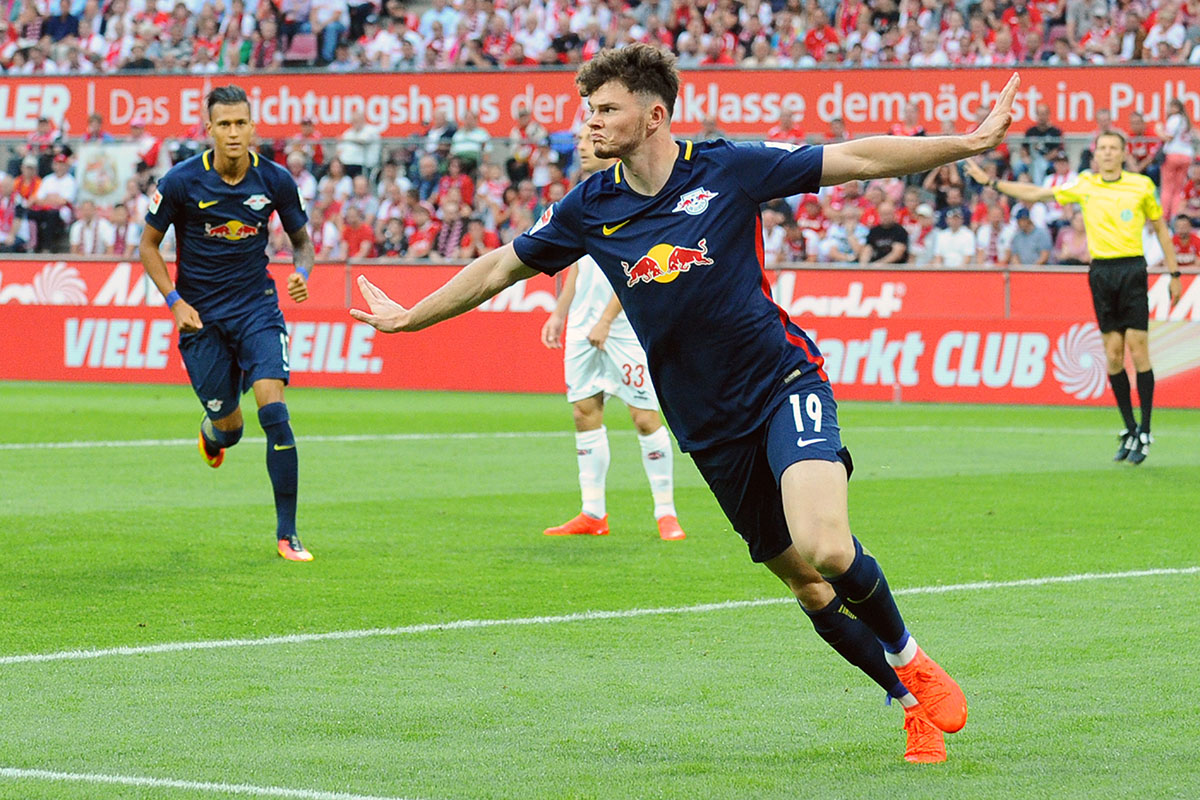 In spite of Leipzig's interest, McKay seems keen to continue his development at Ibrox for the time being.

‘Definitely. I’m here and I’ve still got 18 months and if they want to look at extending it, they can come and talk to me,” McKay told the Daily Mail.

“But until then it’s up to me to keep performing to the level I can and keep progressing.

“I could be playing well right now. But, next year, maybe I won’t play so well, so you have to just take it as it comes.

“Right now, I’m a Rangers player. It’s up to me to keep doing that well. Touch wood it doesn’t happen, but you could get an injury and that could affect what you have planned.

Taking this into account, it seems McKay wants to continue his stint at Rangers. However, this could all change if Leipzig come in with a big bid for the Scotland winger.