West Brom have had a woeful campaign but perhaps not as bad as Barnsley who have fallen from the top six to the drop. Will either sign off with a win? Find out with our West Brom vs Barnsley match preview with free tips, predictions and odds mentioned along the way.

Baggies to win and BTTS

Barnsley have not just been the worst team in the Championship this season, they've also been the worst road team; Martin Devaney's men have just one win in 22 games away from home, with five draws and 16 losses. Also, it's important to note that Barnsley have lost four games in a row; they have no wins in their last eight games, with two draws and six losses. Despite their poor form however, Barnsley found the net in five of their last seven games. West Brom have been much better relatively, they lost just once in their last six home games; considering both teams' form, we believe that West Brom will win, and Barnsley will score.

Expecting both teams to score

West Brom vs Barnsley: Let's look at the predicted lineups

If West Brom fans think their season has been a bad one then they should spare a thought for their visitors here. A year ago they were in the playoffs and now they're heading for League One.

West Brom have had some mixed results in recent weeks; they have two wins, a draw and two losses in their last five games. However, it's fair to point out that West Brom are coming off a win, with no losses in their last two games; they'll hope to string up consecutive wins for the first time since December last year.

Barnsley have been the worst team in the Championship this season; they are last on the table, with just six wins in 45 games. Martin Devaney's men have lost four in a row, with no wins in their last eight games; however, they will hope to conclude their Championship campaign with a win.

A quickfire FAQ on West Brom vs Barnsley 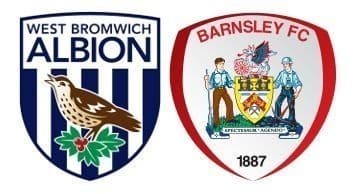