QPR are still in with a shout of a top two finish whilst Barnsley continue to slip closer and closer to relegation. Does that make an away win the obvious choice? Find out with our Barnsley vs QPR match preview with free tips, predictions and odds mentioned along the way.

QPR to ease to a win

First up in our predictions we back QPR to win the match and, quite frankly, we can't believe the odds on offer. QPR have lost just one of their last nine games and even that was a cup tie. Of those nine games, five have ended in victories. That said, it's not QPR's form that is the key to this bet; that comes from Barnsley's form. The are utterly appalling at the moment. The Tykes have lost six games on the spin and haven't won in 15. It would be an almighty turn up for the books if Barnsley manage to take anything from this game.

Our second tip for Barnsley vs QPR is that the hosts will fail to score. We've already touched on how hard to come by wins have been for Barnsley but neither have goals; it's been a key part of their problem all season, in fact. Barnsley have failed to score in four of their past five matches and have bagged just 18 goals from the 29 games they've played to date this campaign. Then you have QPR to consider; three of their last five league games have seen them keep clean sheets.

Check out the key stats & form for Barnsley vs QPR

There is a very, very real possibility that these two teams are separated by an entire division next year with one team – QPR – in the mix for promotion whilst the other – Barnsley – look as good as cooked at the bottom of the league. Even so, both sides could find big value in three points here.

Oh Barnsley, what has happened since last season? Even with Derby having suffered a 21 point deduction, they've moved not only ahead of Barnsley but they look like leaving them cut adrift at the foot of the table as they trail second bottom Derby by four points. A win here would be huge but it feels unlikely to say the least.

QPR have impressed throughout this season and they are in for a real chance of applying pressure to those in the automatic promotion spots. A trip to Oakwell is the perfect opportunity to grab three more points in their promotion push.

A brief FAQ ahead of Barnsley vs QPR 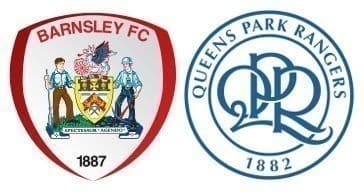