Millwall grabbed a much needed win on Wednesday but they'll want to follow it up with another three points here. Will they be able to get it though? Find out with our Barnsley vs Millwall match preview with free tips, predictions and odds mentioned along the way.

A result neither team want

If you look at the last five games for each team, they can only offer up one win between them. That came courtesy of Millwall's midweek victory over Bristol City. Prior to that though, the Lions have struggled for wins with four wins and a defeat in their last five. For Barnsley, things have been awful with just one win in 10. Their last five games have served up a couple of draws though. With Millwall having tied six matches already this season another draw feels almost inevitable.

Not a game for the neutrals

If leagues were decided by the total goals served up then Barnsley and Millwall would be staring relegation in the face. Millwall have the third lowest goals per game average in the league at 2.1. Directly below them is Barnsley with a round 2.0 goals. Those figures are based on the 10 league games played to date. Recent form doesn't present much of a change though; three of Barnsley's last five games have been under 2.5 with the last six Millwall games all seeing a maximum of two goals.

Predicting the actual score line of a match isn't easy. This match, however, feels like an easier one to predict than many others. Millwall have drawn five of their last seven away matches with four of them ending 1-1. Barnsley, who have drawn four of their last seven games, have settled on a 1-1 result in half of those draws. If you then look at the goals for and goals against, neither team have numbers that are drastically away from an average of 1.0.

Find the best odds for Barnsley vs Millwall

Barnsley vs Millwall: Meet the teams

In May Barnsley were knocking on the door of the Premier League. Now, just a few months on, they need to string some wins together to avoid the trap door to League One. They've played 11 games this season (10 league) and have mustered up just one win and have scored just seven goals. Their star man from last year – Alex Mowatt – scored the goal of the week for West Brom Tuesday to show what they're missing. More is needed from the current crop. Millwall find themselves in an odd situation. They're not losing too many games with just three defeats in 10 but they've only managed to win three in that time too. Jed Wallace did make a scoring return to action in the week though so that offers the Lions some hope of end product, which might help.

Our final thoughts on Barnsley vs Millwall 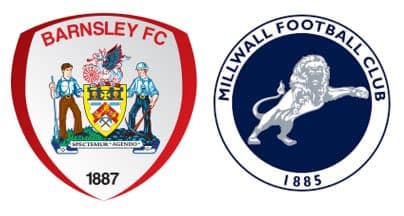