What a huge turnaround Barnsley mustered in the week. Now they face another relegation six pointer; can they get the same positive outcome? Find out with our Barnsley vs Hull match preview with free tips, predictions and odds mentioned along the way.

Barnsley vs Hull: Our top tips

Barnsley to grab back to back wins

We'll be honest, when you're looking at two teams that can each boast just one win in their last 10 games it's hard to justify either as a ‘favourite'. We haven't sat on the fence though and our prediction is for Barnsley to win the game. Not only do they hold home advantage but it's been less than a week since they waved goodbye to their old manager and their midweek win over Derby was a) mammoth but b) recent; the same cannot be said for Hull who have lost five games on the bounce since their only win in 10.

Not a game for the neutral

Barnsley have won one game in 10. Hull have won one game in 10. That's hardly two sentences that scream out entertaining football. Thankfully, it does lend itself to a nice under 2.5 goals bet. Six of Barnsley's last 10 matches have gone under 2.5 goals with their average in that time being just 2.2. Hull's last 10 have served up eight games under the 2.5 cut off; their average is a 2.0. Four of the last five head to head games have ended under the 2.5 mark as well.

We have made the prediction that Barnsley will win this game but a both teams to score ‘no' bet is what we'd describe as a minor safety net with the result not determining whether or not this bet comes in. Now, the most likely scenario is that Hull blank given they've done so in their last three and four of their last five. As we already know, they don't concede loads either and with Barnsley having blanked twice in their last five we cannot completely rule out the prospect of the Tykes failing to score.

Find the best odds for Barnsley vs Hull

Barnsley's form has not been good and we cannot dress that up any other way. The axe has fallen now though and in the first game of the new era the Tykes collected three points of another struggling side in Derby. Not only did the win show character but it also represented the third game in a row where Barnsley have scored; Aaron Iseka Leya has scored in each of those three games. Hull wish they had a goal scorer. The Tigers have lacked bite all season and three blanks in a row heading into this game won't fill the team or fans with confidence; they better hope that Matt Ingram can deliver the goods between the sticks.

FAQ on Barnsley vs Hull 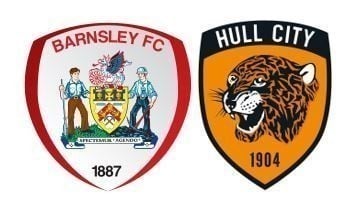