Barnsley aren't down just yet but it's not looking good for the Tykes. Will Huddersfield mathematically confirm their relegation by winning here? Find out with our Huddersfield vs Barnsley match preview with free tips, predictions and odds mentioned along the way.

Sorry Barnsley fans but your time is up. The Tykes form hasn't been good of late with just one win from their last nine games and, more notably, no victory in their last five where they've lost three games. The fact they are playing an in form Huddersfield doesn't help either. The Terriers have had a reasonably tough run of fixtures and are unbeaten in four with 10 points collected form the 12 on offer. The two sides have met fairly recently too having faced off in the cup in February; Huddersfield won that game too.

Banking on under 2.5 goals

Our next tip for this game is that we will see fewer than 2.5 total goals. Huddersfield have gone under 2.5 goals in three of their last five matches whilst Barnsley have only gone over 2.5 in one of their past five matches. The average goals per game across the season as a whole support our low scoring tip as well; Huddersfield have averaged 2.4 per game with Barnsley averaging even lower at 2.2. If you need further convincing, each of the last three games between these sides have come up south of the all important 2.5 marker.

Here are the key stats & form guide for Huddersfield vs Barnsley

Huddersfield vs Barnsley: Let's look at the predicted lineups

This game is not only a clash between two sides at different ends of the Championship table but it could well be the one that ensures Barnsley drop into League One. The Tykes simply have to win.

Huddersfield have secured their place in the Championship playoffs and now need to ensure they keep their positive momentum going a few games longer. A home match versus bottom of the table Barnsley should be an easy enough fixture in which to churn out another win.

Barnsley were in the playoffs last season. Now they face the very real prospect of relegation and, in fact, it feels like a near impossibility that they don't drop regardless of how they get on here. Can they at least go down swinging?

A quickfire FAQ on Huddersfield vs Barnsley 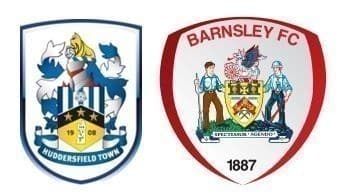