Barnsley are fighting for their life down in the relegation zone but time is running out. Can they take three points off an in form Swansea side? Find out with our Swansea vs Barnsley match preview with free tips, predictions and odds mentioned along the way.

Barnsley's relegation battle to intensify with another loss

Swansea have threatened to click at various points throughout the season and that looks like it might finally have happened. With that in mind, we see Barnsley losing this game. Swansea have won their last three games and four of their past five in an unbeaten streak that stretches back to March. It's not all about Swansea though. Barnsley are struggling for results as well; the Tykes have won just one of their last seven matches and are currently winless in three having lost two of those trio of games.

This game looks destined to end with someone keeping a clean sheet. Swansea have kept three clean sheets in their last four matches and have blanked themselves in one of those games. As for Barnsley, two of their last four games have ended with a ‘nil' in the final score line. The real clincher for a ‘bono' bet comes in the head to head record; just one of the last five meetings have seen both teams score.

Here are the key stats & form guide for Swansea vs Barnsley

Swansea vs Barnsley: Let's look at the predicted lineups

A few weeks ago this would have been marked off as a game Barnsley could target three points in. Now Swansea have hit form, it looks a lot tougher for the relegation threatened Tykes.

Swansea have stuck to their managers philosophy this season and it now seems to be beating fruit. They won't achieve anything if note now but a strong end to the campaign will see them take huge positives into the summer window.

Barnsley have seen an almost unprecedented drop off from last season. A year ago they were in the top six and now they look destined for League One. They need points on the board and they don't have any time to waste.

A quickfire FAQ on Swansea vs Barnsley 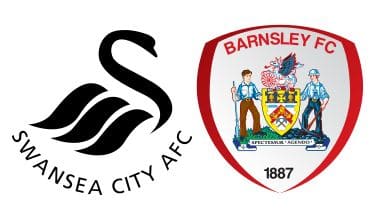