Here we have a match the pits the bottom two against one another with neither having won a game in their respective last five fixtures. Can either find a way to win here? Find out with our Barnsley vs Derby match preview with free tips, predictions and odds mentioned along the way.

Barnsley vs Derby: Our top tips

Barnsley are now 13 games without a win having lost their last seven matches. Derby aren't exactly flying with five games without a win, however, they have won two in their previous 10 and are at least hard to beat. It's that final point, being a tough nut to crack, that sees us back Derby to win. Neither side have many goals in their teams but Barnsley do concede a damn sight more than Derby. The other key thing to consider is the mood in the dressing rooms; Barnsley are down in the dumps. Derby are united on the pitch.

A game full of everything but goals

In our opening prediction we touched on the fact that neither Barnsley or Derby are exactly loaded in the goal scoring department. As such, it shouldn't come as a big shock that we are backing this match to see under 2.5 goals. Barnsley have gone under 2.5 goals in six of their last 10 matches whilst Derby have fallen short of three total goals in seven of their previous 10. In terms of game averages, Derby sit with a league low 1.6 goals with Barnsley not too far ahead on 2.1 goals; that's the third lowest in the league.

Barnsley's attack is the second worst in the Championship having scored just 10 goals in 15 games to date and they've blanked in three of their past five outings. Their opponents, Derby, are second only to league leaders Bournemouth in respect of defensive performances having conceded just 13 goals. Those two factors make it tough to see Barnsley scoring when the two teams face off.

Find the best odds for Barnsley vs Derby

The big news for this match is that Barnsley are coming into it having sacked their manager, Markus Schopp, on Monday. Of course, people might expect a reaction but with such a short timescale between the sacking and this match little is actually likely to change. One thing you can almost bank on is Devante Cole starting up front; he's not seen much time on the grass this season but has played 120 minutes over the last two games and has provided a goal and assist. For Derby, their manager, Wayne Rooney, is doing a very decent job with respect of getting his team competitive in a dark time for the club. Goal scoring is a problem for the Rams but with Curtis Davies organising things at the back they will be solid and tough to break down.

FAQ on Barnsley vs Derby 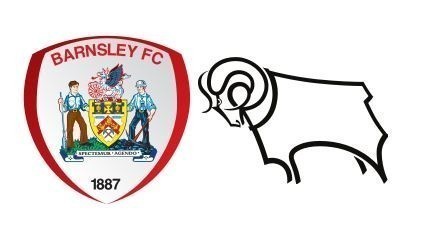