Barnsley look doomed to relegation but Cardiff aren't safe from the drop either. Some would call this a relegation six pointer. Who will come out on top? Find out with our Barnsley vs Cardiff match preview with free tips, predictions and odds mentioned along the way.

Cardiff are very much in a relegation battle right now as they sit just six points clear of the drop zone but we still think they'll have too much about them for this Barnsley side. Barnsley sit rock bottom of the Championship with just 14 points; that's 12 fewer than Cardiff. That's far from the only reason we fancy the away side here though. They arrive at Oakwell off the back of a win over Nottingham Forest whilst Barnsley have lost three on the spin and haven't won in 12. On top of that, you need to go back to 2016 for the last time Barnsley beat Cardiff; they've met eight times since then with the Bluebirds winning five of those meetings.

Check out the key stats & form for Barnsley vs Cardiff

Who had Barnsley and Cardiff amongst the leagues worst sides when the season got underway in August? If you are answering honestly, the answer is probably not many. As it has turned out, both have been rather woeful. This game could prove a big moment for the team that wins it.

Barnsley are in danger of getting well and truly cut adrift at the bottom of the Championship if they don't buck their ideas up. At the moment, they sit 12 points behind Cardiff who are only narrowly above the drop zone themselves. A defeat would be catastrophic with a draw not much better.

If Cardiff win this game it won't secure their status as a Championship club but it would be an almighty step towards safety and would almost definitely put them out of the reach of Barnsley. The question is will they go all out for the three points or is keeping the Tykes at the distance they are now deemed good enough?

A brief FAQ ahead of Barnsley vs Cardiff 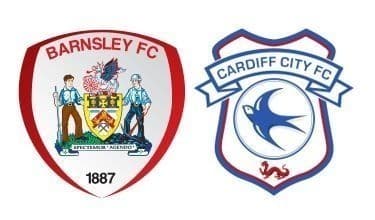