Barnsley vs Bristol City: Check out our betting tips

Barnsley remain firmly in trouble at the bottom of the Championship but have showed signs of fight in recent weeks. Can they grab a positive result here to keep survival hopes alive? Find out with our Barnsley vs Bristol City match preview with free tips, predictions and odds mentioned along the way.

Both teams are not exactly having a great season; Barnsley are 22nd on the Championship table, while Bristol City are 18th. Bristol City have won just one of their last four games, and they lost the other three; meanwhile, Barnsley have no wins in three games, they are coming off consecutive draws. We would like to mention that these teams tend to draw when they meet each other, especially at this stadium; all of Bristol City's last five visits ended in draws. As a matter of fact, the last five times Bristol City came visiting, they played the exact same 2:2 draw. Considering Barnsley drew their last two games, we believe the spoils will be shared at the end of this match.

Encounters between these sides tend to produce a lot of goals; both teams scored in eight of the last 10 clashes between Barnsley and Bristol City. Bristol City have scored and conceded a lot of goals this season; they scored in 15 of their last 16 league games, whilst keeping just one clean sheet in that stretch. Both teams scored in 14 of Bristol City's last 16 league games. Similarly, Barnsley have scored and conceded their fair share of goals; both teams found the net in three of their last four games. With this in mind, we should expect goals at both ends.

Bristol City have been bang average this season but they'd rather be that than in the perilous position that Barnsley find themselves in. They Tykes have been awful for most of the season and are desperate for points.

Barnsley are coming off a 1:1 draw against league leaders Fulham; as impressive as that may be, they have no wins in their last three games. Poya Asbaghi's men will welcome Middlesbrough to Oakwell Ground on Tuesday; they'll hope to put an end to their winless streak.

Bristol City halted their three match losing streak with a 1:0 win at Blackburn last weekend; they are now 18th on the Championship table, with 12 wins from 37 games. Bristol City have not won consecutive games this season; they will hope to do so as they take on Barnsley. 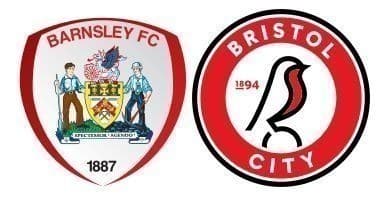