One of the more interesting matches of the round this weekend in Championship is the Barnsley vs Blackburn duel. With that in mind, we have prepared a detailed preview of the game, along with free betting tips.

Our top betting tips for Barnsley vs Blackburn

If you are struggling with predictions for the Barnsley vs Blackburn duel, check some of our best betting tips for this game:

These are two very similar teams in terms of quality but Blackburn has done a lot better so far in the league since they have five points more than Barnsley after the first seven rounds. However, the last four head-to-head duels between these two teams have been won by the home team, so we expect this tradition to continue and Barnsley to get out of their poor form with a win in this game.

Three of the previous five h2h meetings between Barnsley and Blackburn have gone over 2.5 total goals, so we expect to see another high-scoring match on Saturday between them. In addition to this, Blackburn averaged 2.71 goals per game so far in the league, while Barnsley averaged 2.14 goals per game in Championship this season. So, they should be able to combine for at least three goals in this game.

The best odds and useful stats for Barnsley vs Blackburn

If you are looking for the best odds and stats for the Barnsley vs Blackburn matchup, you can check them out right here:

Barnsley vs Blackburn preview: Can Barnsley stop the fall?

The team that reached the playoffs in Championship last season to a surprise of many has started the new season in an unrecognizable form, at least compared to their performances last year. So far, Barnsley has one win, four draws, and two losses, which is enough to put them only in the 17th spot in the standings. The team also has four players who will miss the due to injuries and suspensions, with Oulare also being under question.

The former Premier League champions have started the new season in the second-tier English league in a good rhythm and they are currently in the eighth place with twelve points from the first seven rounds. If they can keep this up, they could be among the teams fighting for promotion by the end of the season. On the downside, Blackburn Rovers currently have six players on their injury list.

FAQ for Barnsley vs Blackburn 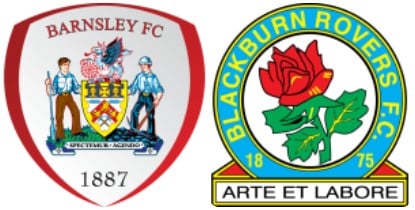